It's not exactly news that the Galien (and all the other) Rivers are pretty high right now.  A couple posts ago I mentioned how rails are pretty visible right now as they're getting pushed to the marshes' periphery by high water.  Well, that may just go for warblers too.  I've only heard Prothonotary Warbler once before in Warren Woods, but a "Golden Swamp Warbler" appeared at river's edge this morning. 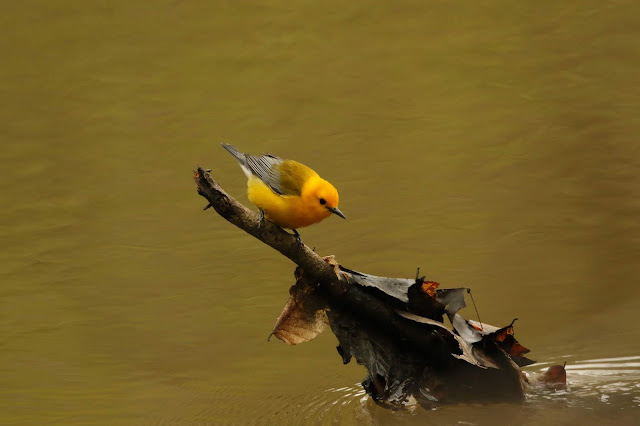 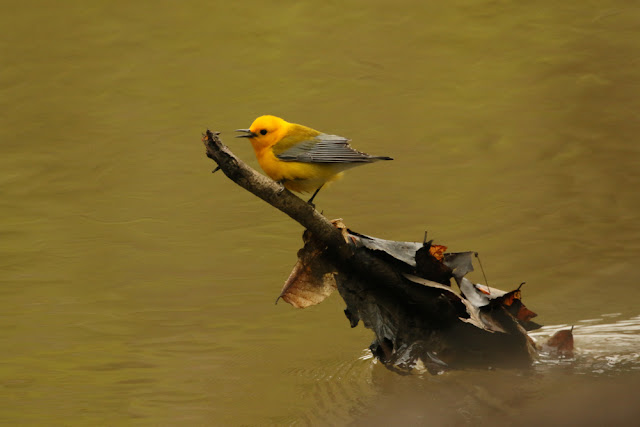 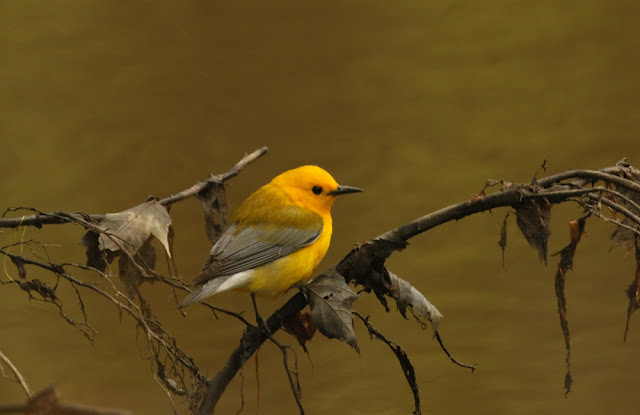 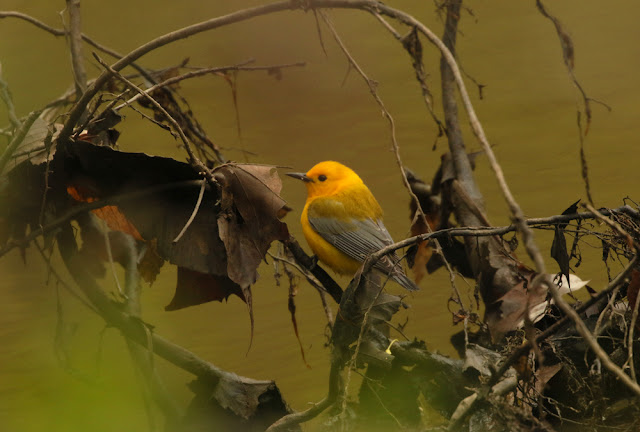 A Louisiana Waterthrush that had been singing away overhead decided it wanted its portrait taken too and appeared out of nowhere in front of me. 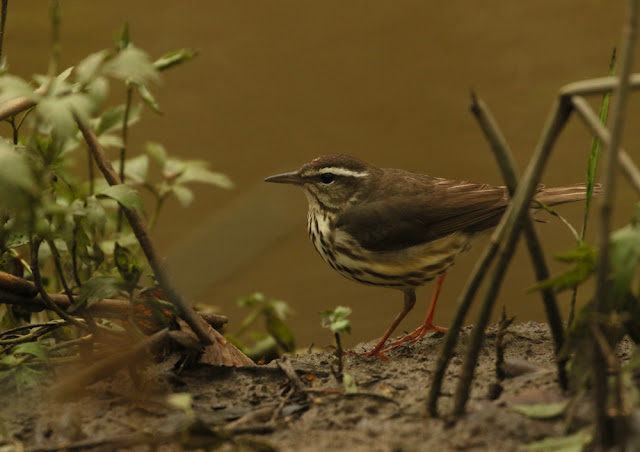 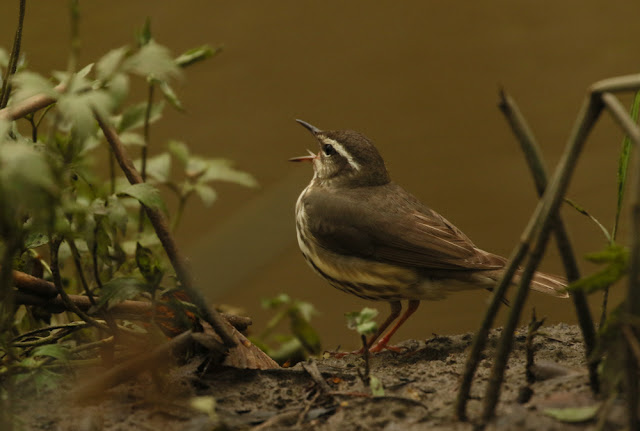 Nothing like best pics ever of not one but two different warbler species in one morning!

Magnolia isn't a bird a person thinks of along a shoreline, but some days that's where the bugs are! 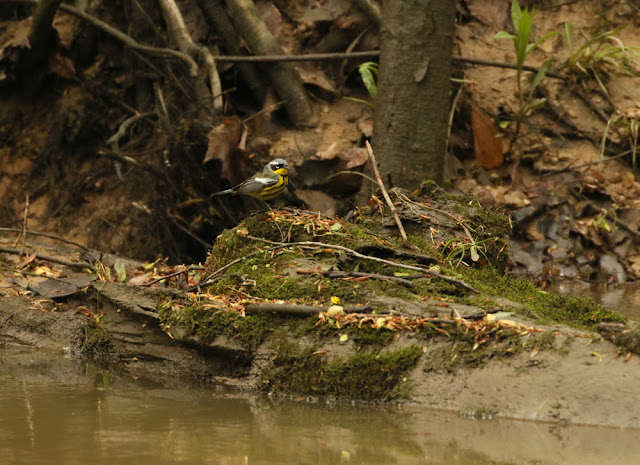