The pressure was off this year with Tim back.  Some pre-dawn rain led us to ad-lib the night schedule, but a singing Black-billed Cuckoo argued that despite the mileage there were some decent birds out there.  I had hoped that the rain would knock down migrants and Kesling and Lakeside were as active as I've seen them all spring with Golden-winged, Cape May, and Bay-breasted among others.  The rest of the morning stops were less active however and we worked hard at Floral to pick up some of the missing species but not find much in the way of surprises.  An Acadian Flycatcher at Floral was probably the best (of not many) pics from the morning. 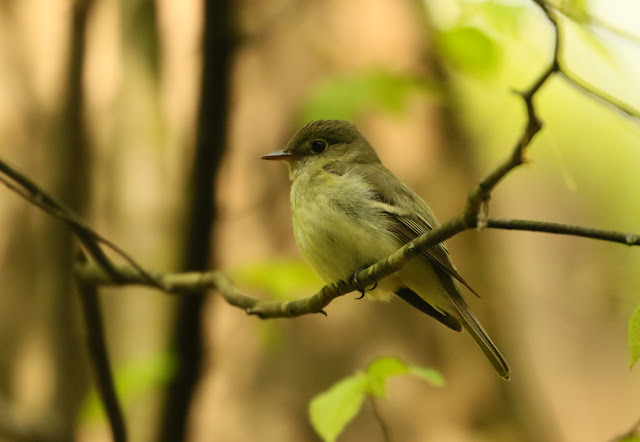 Reports of a possible Pacific Loon threw our route off again.  We found only a pair of first spring Commons (though from a big day standpoint Common is as good as Pac Loon).  We made our 3rd loop through the south county.  Shorebirds have been hard this year, but we had SB Dowitchers in 3 locations through the day. 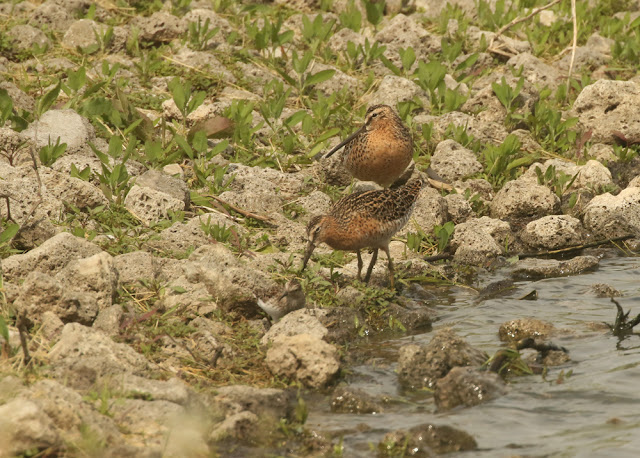 Did you notice the Least in front and left of the lead dowitcher?  Gotta find them all on a Big Day!

The evening saw us grinding after remaining possibilities as a front blew through.  Check out the wind-blown scapulars on this Sanderling. 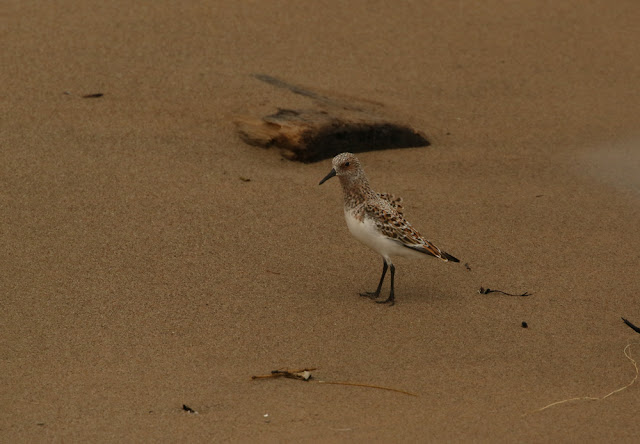 We ended with 151 birds (it would have been 152 if we could have counted a whip-poor-will that was singing at 1130 before the rain started).  One of the misses?  Moorhen.  We looked hard for it along the Paw Paw river Saturday without success; today it was visible in my first sweep of the bins... 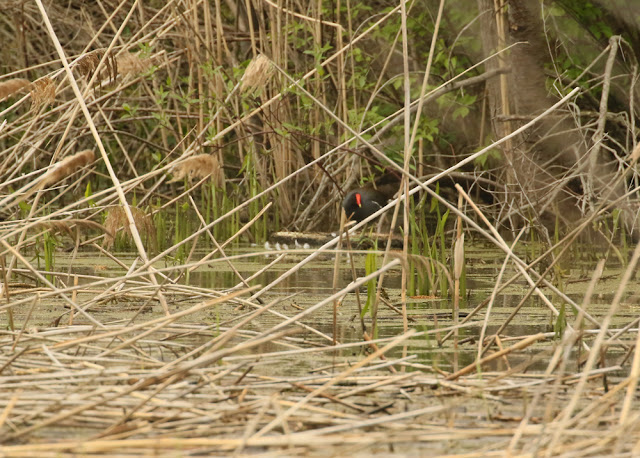