On my second afternoon of birding I went farther west to South Llano River State Park, a location that eBird suggested would be better for Black-capped Vireo.  I knew my chances would have been better in the morning, but heat of the afternoon was where the hole in the schedule was, so heat of the afternoon it was.

I couldn't help but get drawn over to a couple blinds by some feeders and water features. 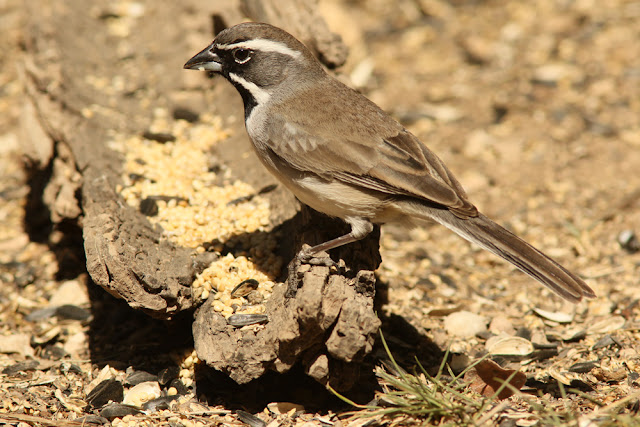 Black-throated and Lark Sparrows were prominent 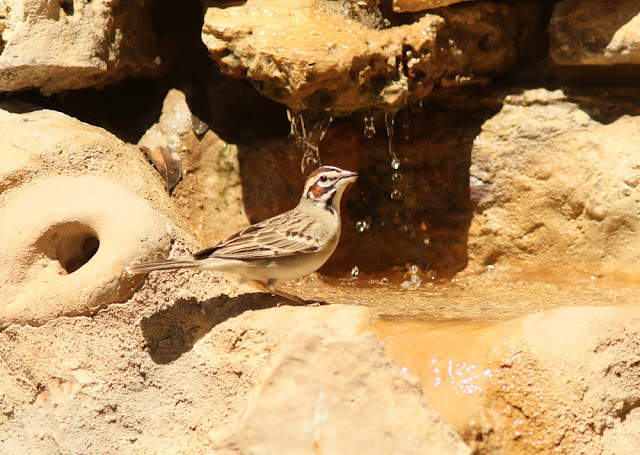 It being April the Lark Sparrows were in the process of building nests. 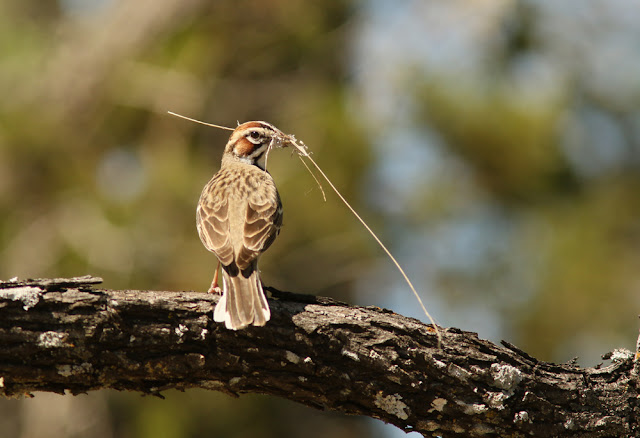 And the Black-throated's were singing away and teeing up nicely. 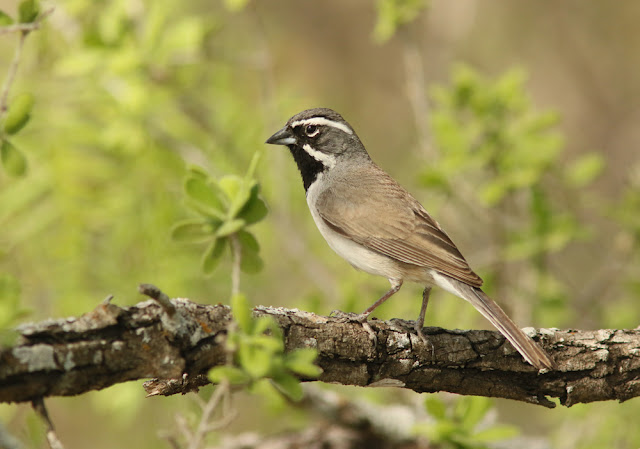 And while Lark Sparrow can be found some years in Berrien, and Black-throated at least once, to my knowledge this next species has never been seen in Michigan 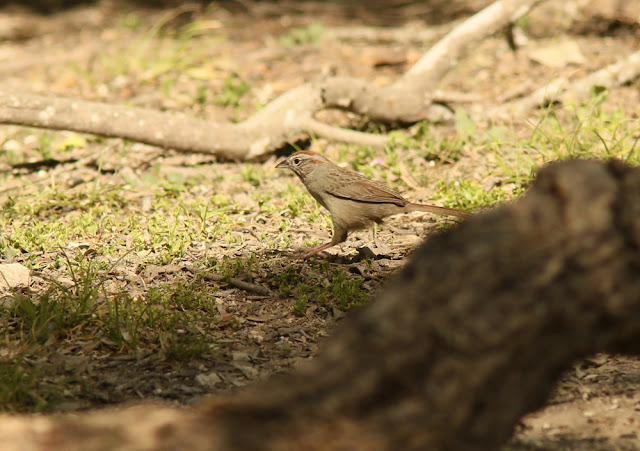 Could this be the year for a lost Rufous-crowned Sparrow?  We'll see...
Posted by Matt at 6:08 PM