Lost Maples wasn't just Golden-cheeked Warblers, there were a lot of other interesting birds as well.  Bewick's Wrens were fairly prominent in the soundscape though it took me a little bit of time to track one down. 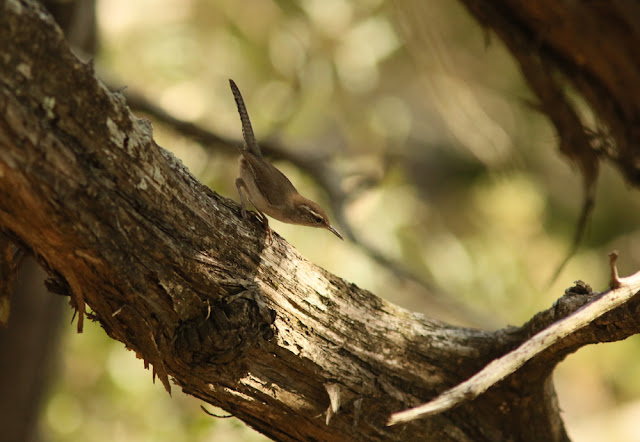 A raven croaked away, I'm honestly not sure if it is Common or Chihuahuan. 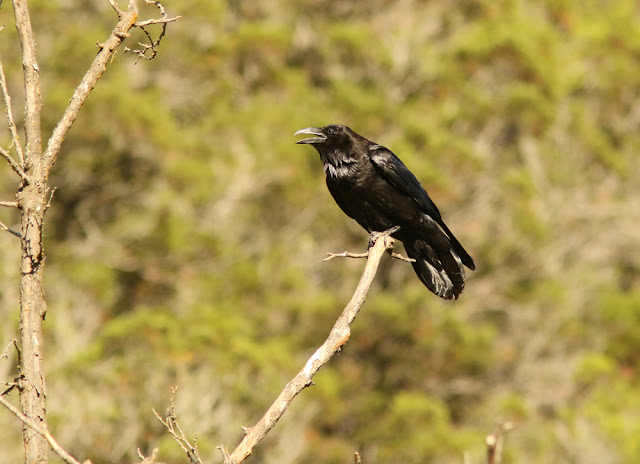 The next bird sounded familiar to me as it sang... 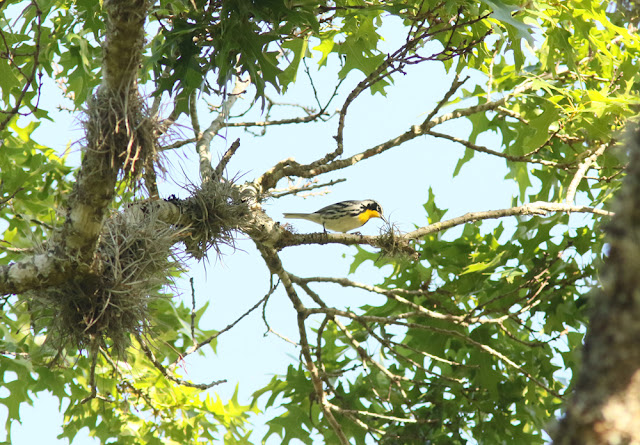 The next one (a Scott's Oriole) not so much 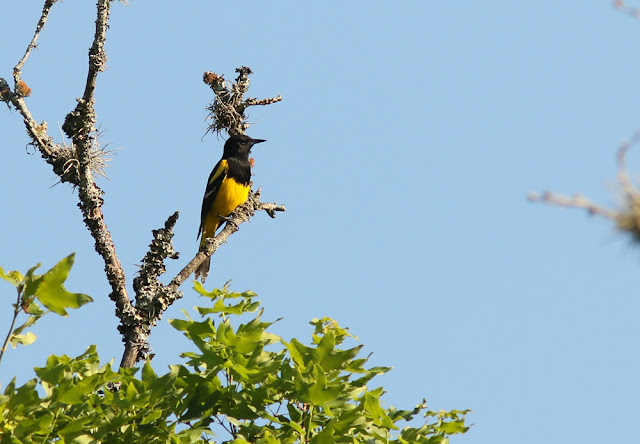 How many Clay-colored's do you see in this pic? 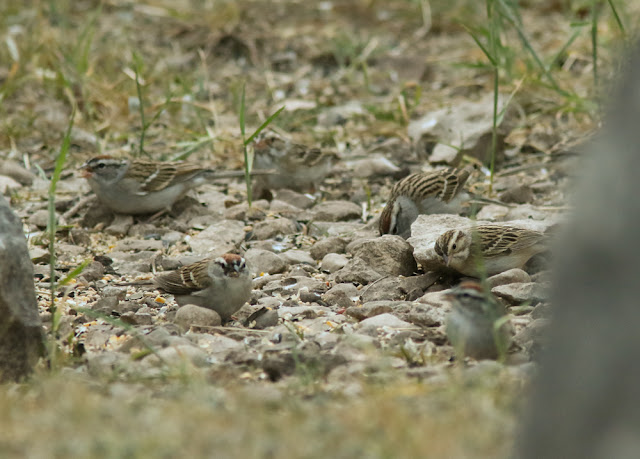 One of them teed up. 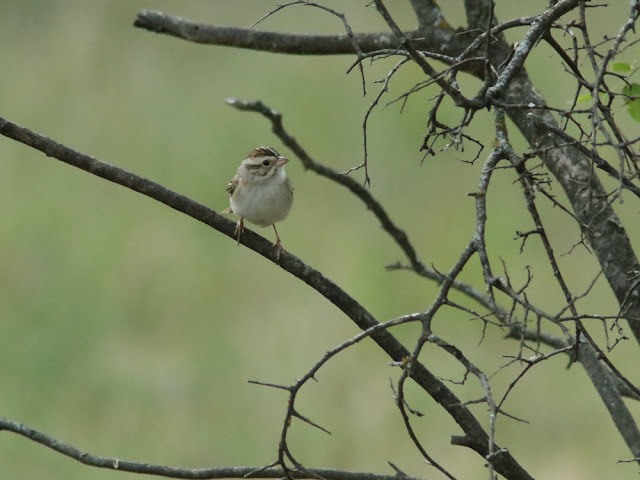 A Savannah framed itself even more nicely. 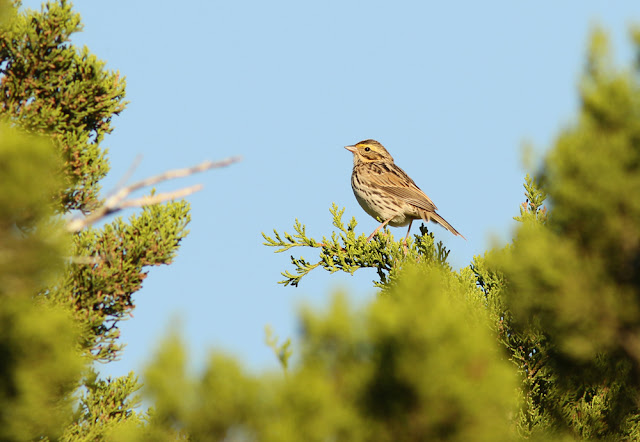 And finally a bird from neither East or West (unless you count some section of Argentina), a Rhea (I think).  I was surprised by how many of the ranches had exotic game in their front yards, and they did make for some surprising scenes as a person would come around a curve on the rural highways. 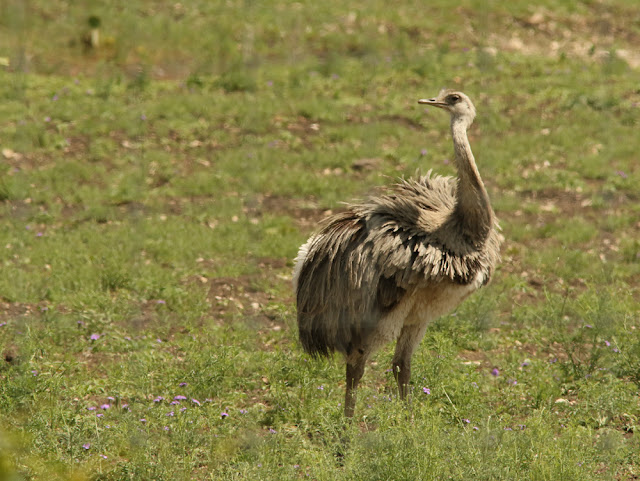