About 2 years ago my director told me he was sending me to a conference that occurred late last April.  I can't say I was super excited when he first brought it up; who wants to leave just as migration is getting good?  Then he mentioned it was in San Antonio and let's just say I became a considerably more interested.

I managed to get a morning flight arriving the day before the conference to give me a chance to bird in the afternoon.  Lost Maples State Natural Area is one of the better places to find Golden-cheeked Warbler and I headed straight there from the airport.  I arrived in the heat of the afternoon and not surprisingly butterflies were a lot more apparent than birds.

Hairstreaks are one of my favorite kinds of butterflies, they're very small but quite ornately marked. 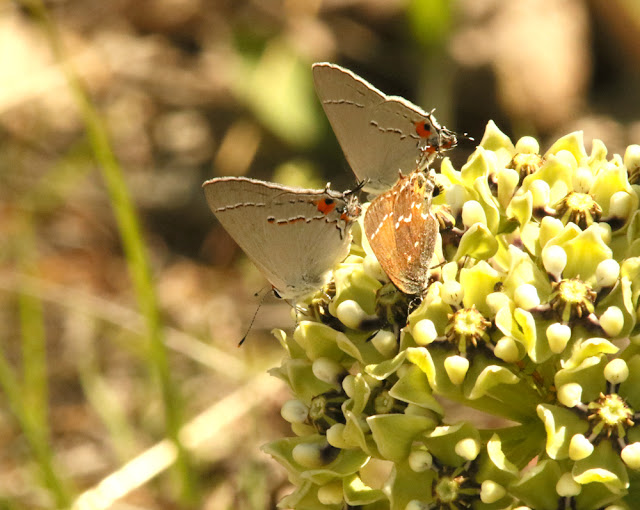 Of course the problem with hairstreaks is that while a ton of species exist, an amateur is almost certainly going to find Gray Hairstreak, no matter where they are in the country, or at least that's been my experience.  The two "larger" ones are indeed Grays, but there's a smaller species present as well.

This is Juniper Hairstreak, which was a lifer for me. 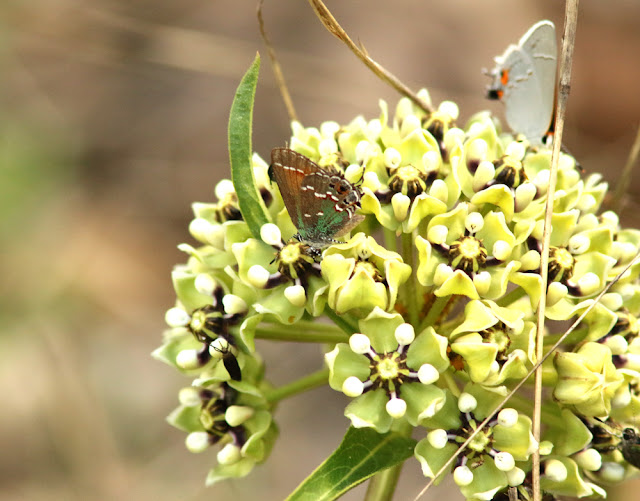 Kaufman shows them to be pretty widely distributed too though.

Next up is Gulf Fritillary, a species that even shows up in Berrien some years. 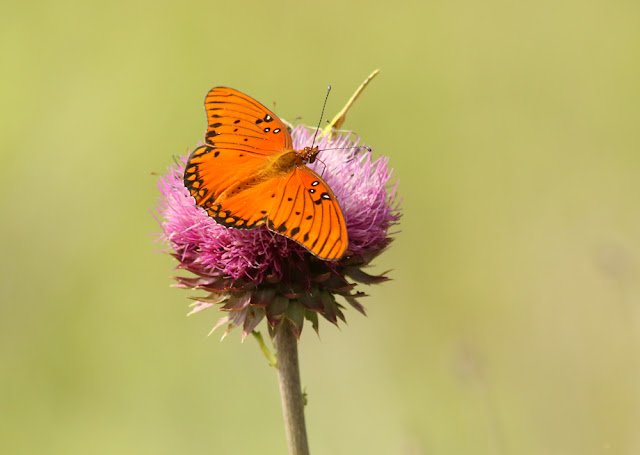 I kept climbing higher up some pretty rocky trails getting into smaller and smaller paths and then started hearing a Golden-cheeked.  I climbed up on a big boulder to gain some elevation as I looked up the slope.  As luck would have it the bird came flying down practically to me, somewhat pre-occupied by a big green caterpillar it snagged. 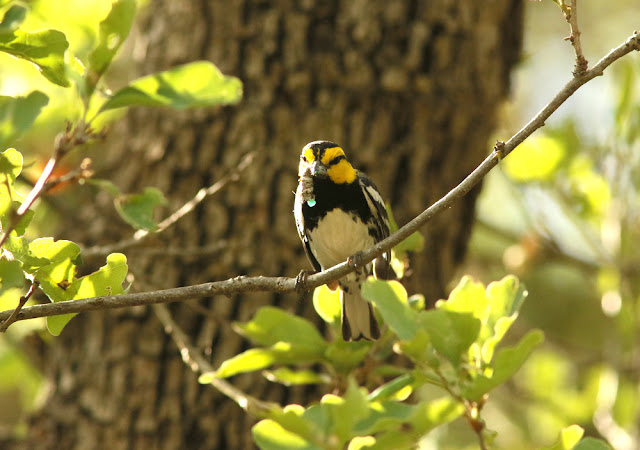 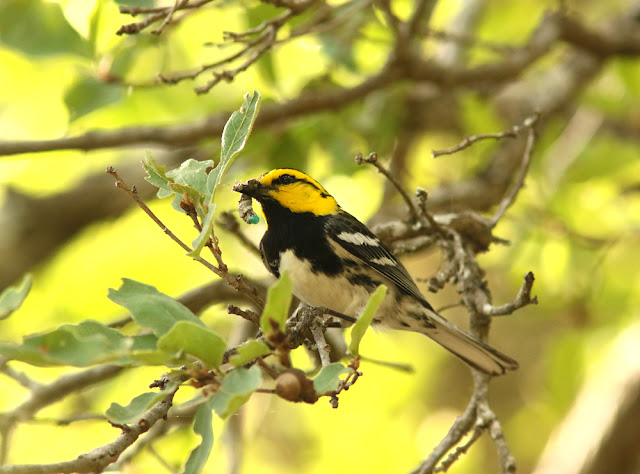 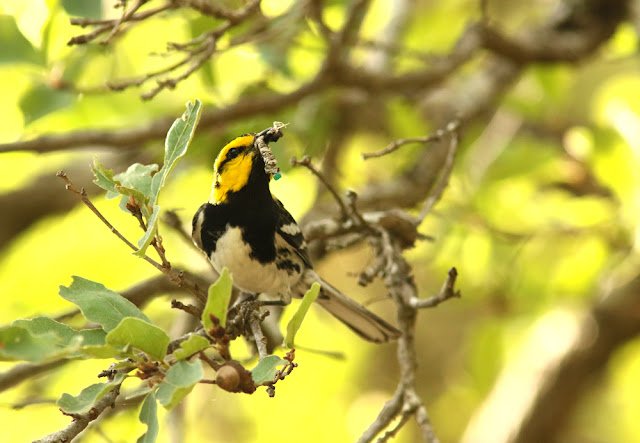 I considered myself pretty luck that the only one I found gave terrific looks!
Posted by Matt at 7:17 PM