The old man of the sea

I'd never done a cruise before, and after my mother-in-law did one of sorts in the Caribbean this spring my kids were pretty amped to try one.  I found a conference on a cruise ship and we headed to Alaska.

We flew into Anchorage and were driven 2 hours south to Seward where we boarded the ship.  We'd barely gotten settled aboard when I noticed a speck floating in the harbor ... a sea otter.  Hazel and I promptly got off the ship to get closer.  Initially it was floating in the middle of the harbor, but a seal scared it closer and eventually it was basically right next to the dock.

It paid us no mind and proceeded to groom its rear flipper feet. 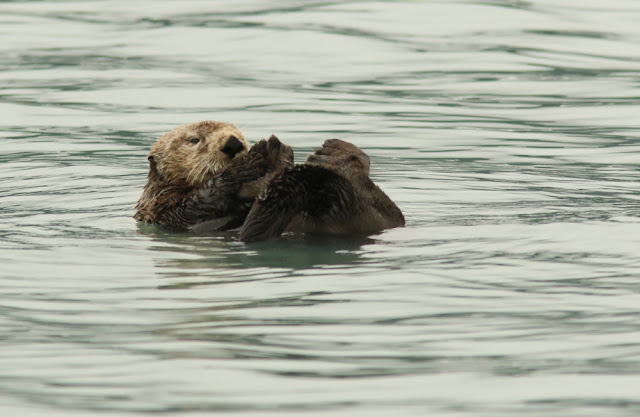 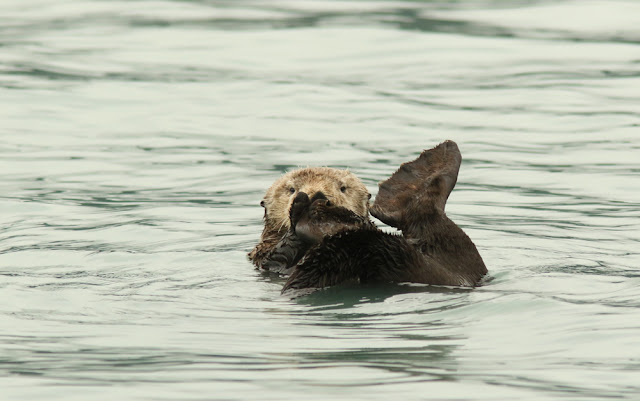 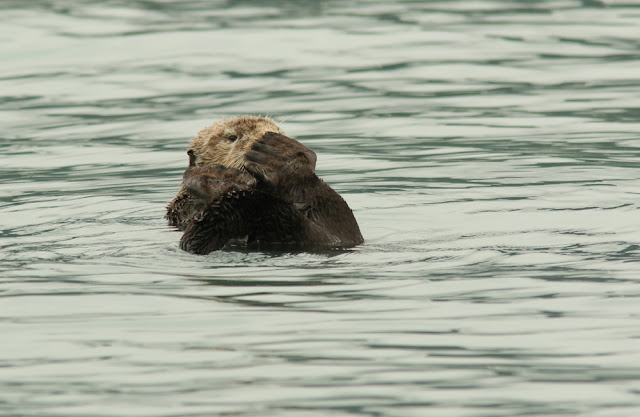 We celebrated with a selfie with a sea otter.  It's the speck in the water above Hazel's right ear.  An SLR makes a big difference. 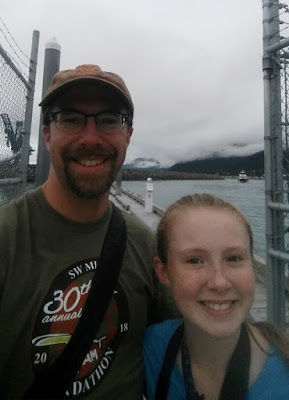 Here's a gif of the the otter interacting with a seal.  I'm not sure what clued the otter in to the seal's presence since it starts looking all around before seeing it.  After the seal splashes the otter the otter snorkels under the water, then rolls and dives itself.

A few last pics from the harbor.  Hazel saw the magpie and asked,"What is THAT???" 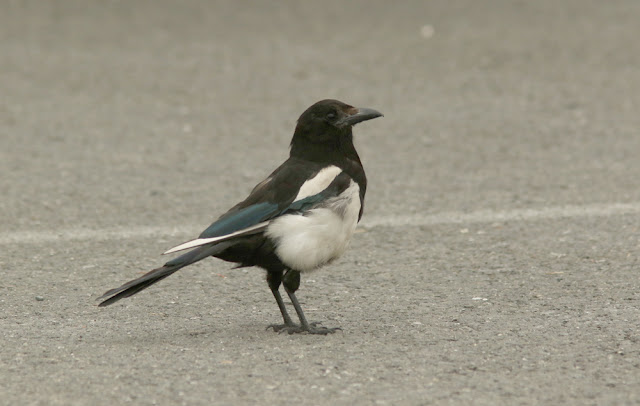 My first lifer was flying about as well, a Northwestern Crow. 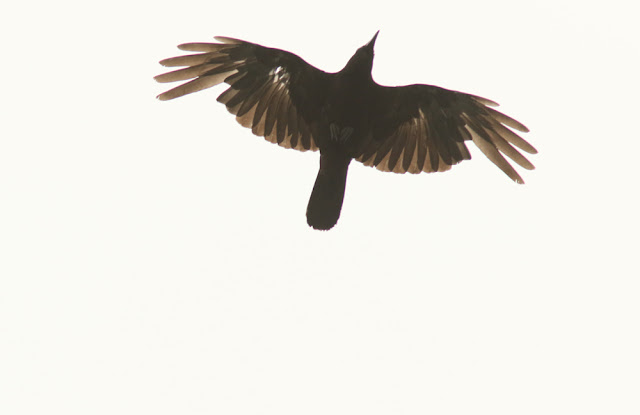 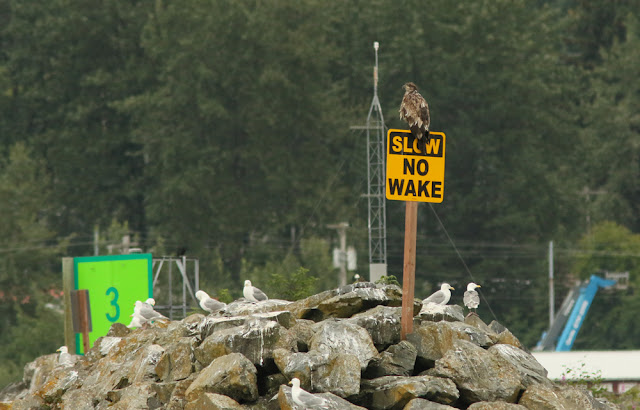