The first full day of the trip was spent entirely at sea.  I've never been out of sight of land on the Pacific and I had high hopes for my first ever albatross.  High enough hopes that I was awake at 4:00 am local time (not that hard when it's the same as 8a eastern).  The first bird I saw off the deck turned out to be ... a Black-footed Albatross.  I didn't actually believe myself, but as I strained to see in the early half-light it turned out they were the only thing big enough to see.

All the pics in this post are really heavily cropped. 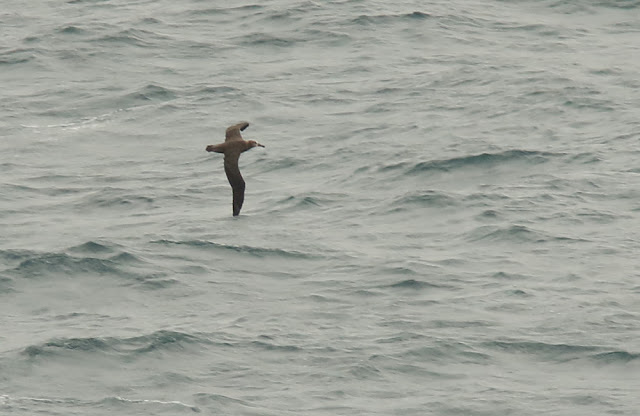 I started seeing other smaller sea birds and it took a while to figure out that they were Fulmars, another lifer. Fork-tailed Storm-petrel was another bird I was hoping for, and was even harder to pick out with the scope or camera.  Here's a couple montages... 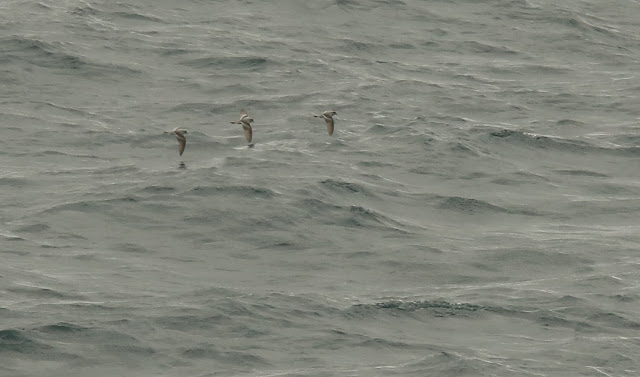 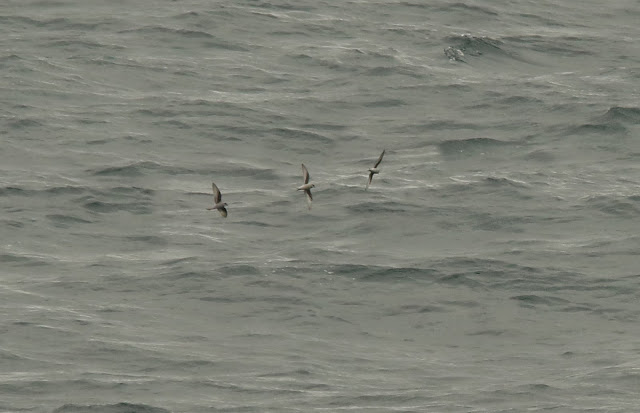 The ship was large enough that I could manage the scope, but it was really difficult to transition from bins to scope with zero landmarks or from bins to camera.  Most of the birds were really far away and quartering away from the ship so it usually took several looks at new species to convince myself that I was seeing what I thought I was.  Even Tufted Puffins at great distance going away were tough ID's without enough experience to gestualt them.  Fortunately a few of them came a lot closer than the sea birds. 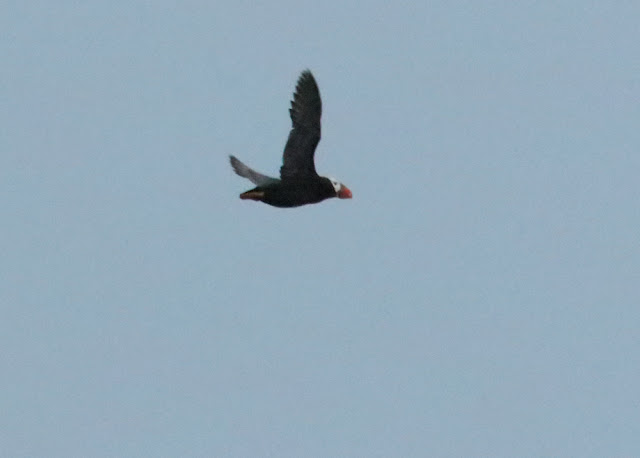