Hudsonian Godwit is a very narrow window migrant that's basically possible for about a week at the tail end of August.  After a couple days of stagnant bird movement it was nice to have a few teal moving this morning.  A half dozen willets had flown in but after a couple hours I headed off to run some errands and catch up on paperwork ... and then Tim texted that a Hudwit was on the beach.  By the time I got there they had flown over to Silver, but after about 15 minutes they flew back and landed.

This one has a little more of the brick red and black belly barring than some of them have had over the years. 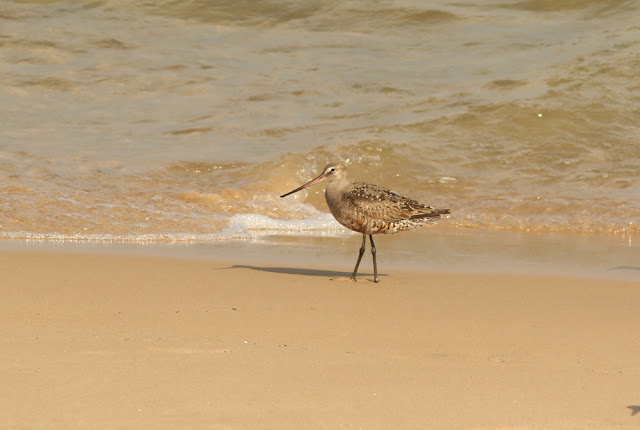 It hung out with the half dozen young willets 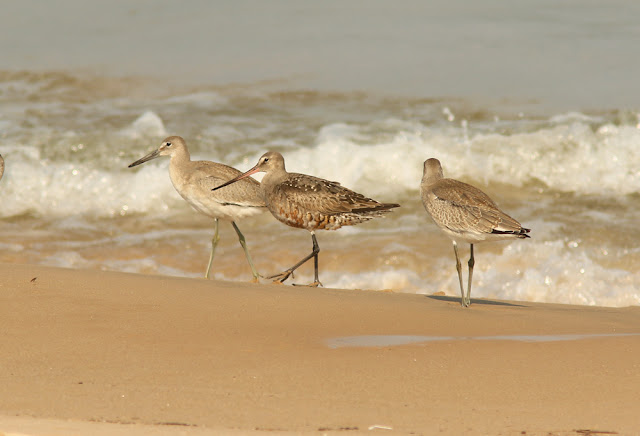 before getting kicked off the beach by a dog jogger. 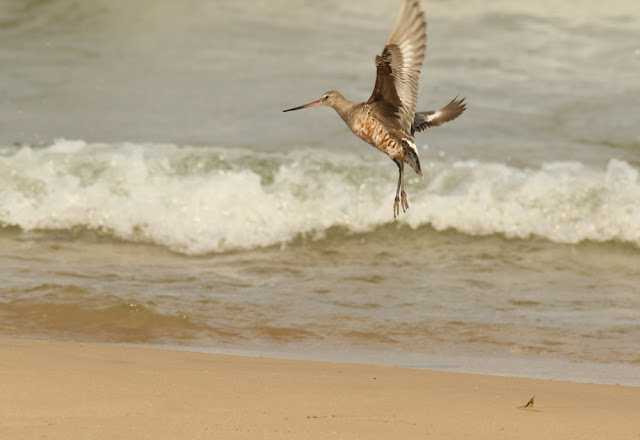 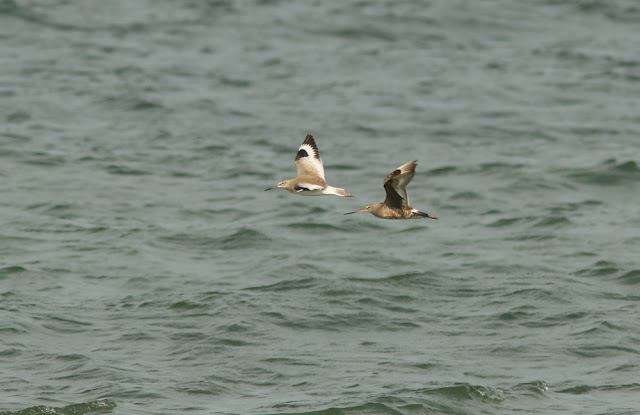 One last look at the bird leading the Willets back over from Silver. 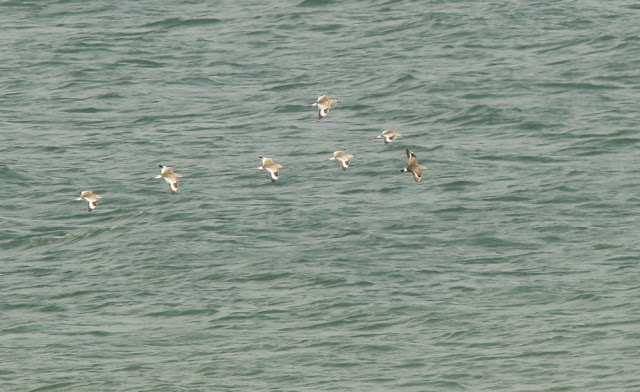