I don't think there's any sound that I more associate with the tropics than the snaps of lekking manakins.  Orange-collared Manakins seem to be fairly common in Panama and the trails around Canopy Camp were no exception.

The lek covered about a 50 foot length of trail as it elevated out of camp.  The birds were mostly on the darker side of the trail but a few would display on the brighter side as well.  Their presence was heralded by a bright 2 noted Ee-berr, Ee-berr. 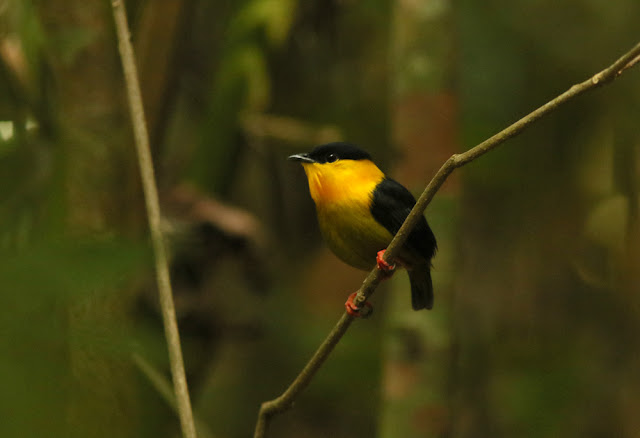 They would thrust out their little beards as they changed perches. 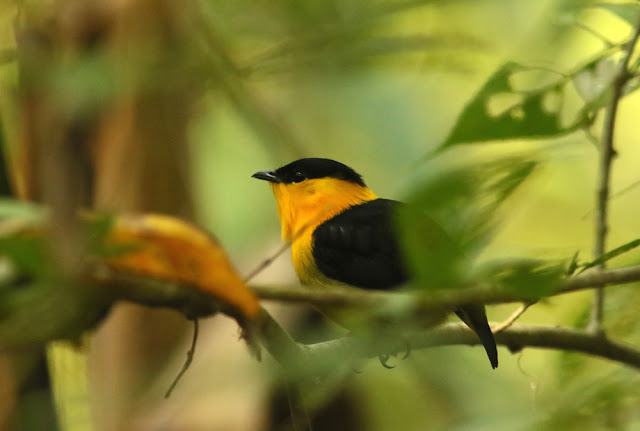 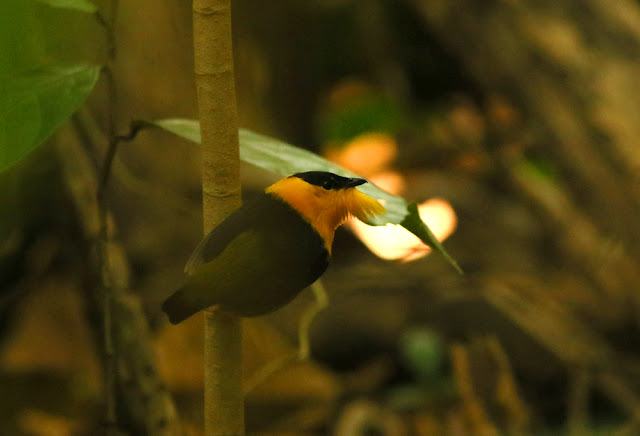 The subject of their displays?  The plain gray-green females that would sometimes put in an appearance. 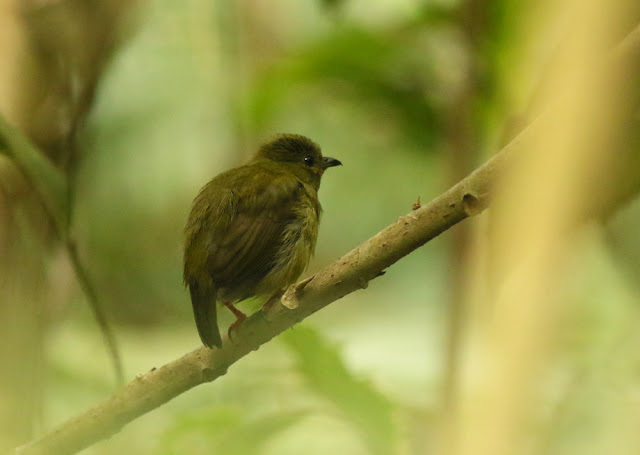 The males would then go berzerk, snapping their wings together above their backs to produce the electric "Ssnap! Snap! Snap!" sound so unique to the neotropics as they rocketed back and forth from perch to perch. 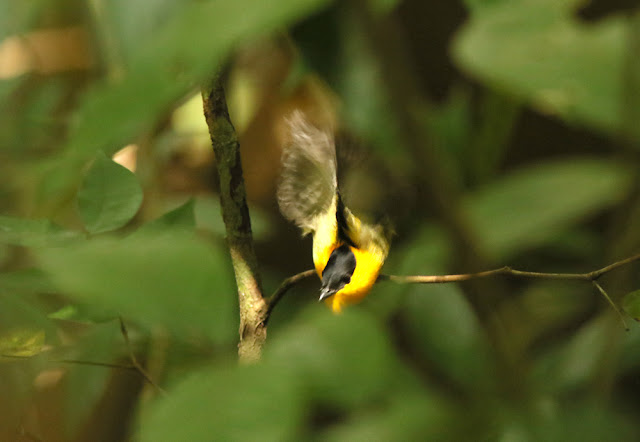 Golden-headed Manakins were also present in smaller numbers.  These cousins of the more widely-distributed Red-capped were lifers for all of our group and don't actually make a wingsnap.  They also tended to stay a lot higher in the trees, usually about 15 or 20 feet up.  A couple of us found a few much lower as they came down to bathe in the stream as dusk fell on one of the evenings.  First is an adult male. 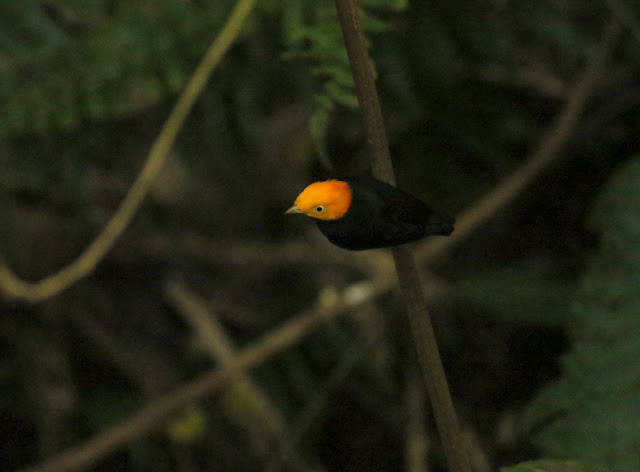 Next is an odd little bird which looks to be an immature male molting into more adult like plumage. 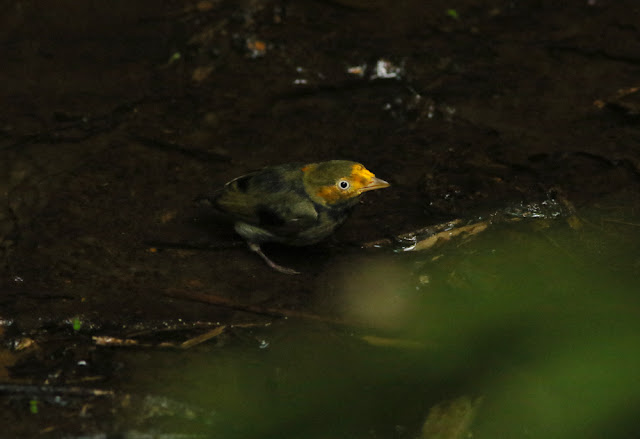