Early on in the trip we did a post dinner walk down the entrance road to Canopy Camp.  Domi called in a Tropical Screech-owl fairly quickly.  This looks to be a gray morph, many of us had previously seen the much less common rufous morph in Costa Rica. 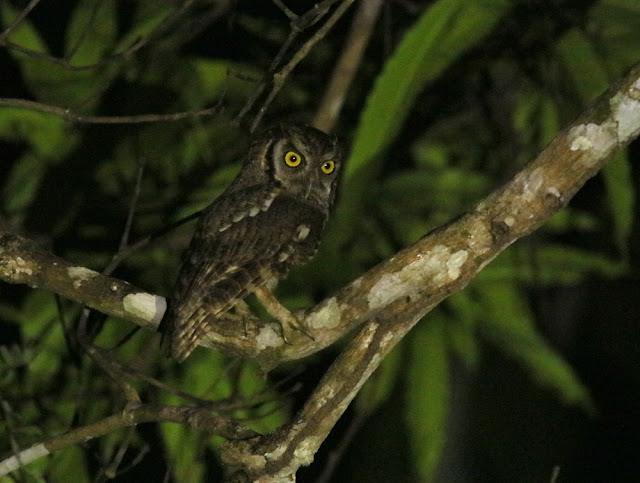 It was more similar to our Eastern than I expected.  We heard Black-and-white and Crested Owls though I'm not sure we ever completely settled whether it was Black-and-white or Mottled that would give single hoots that we heard most nights in camp.  The Black-and-white started coming it to his speaker but pretty quickly lost interest.

Looking for eyeshine revealed a couple of Kinkajous, the first of 3 lifer mammals. 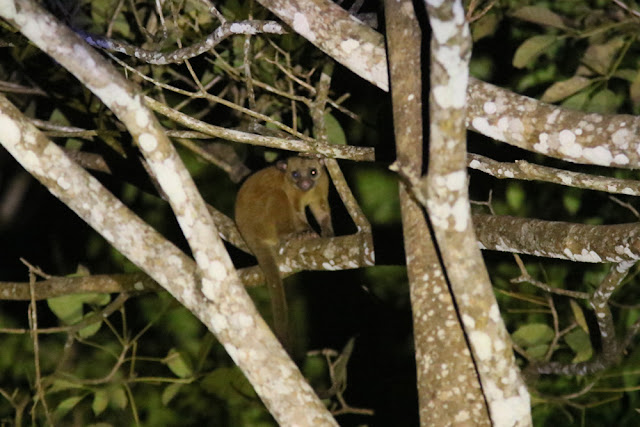 I'd never even heard of the next two.  First is a Central American Wooly-opposum. 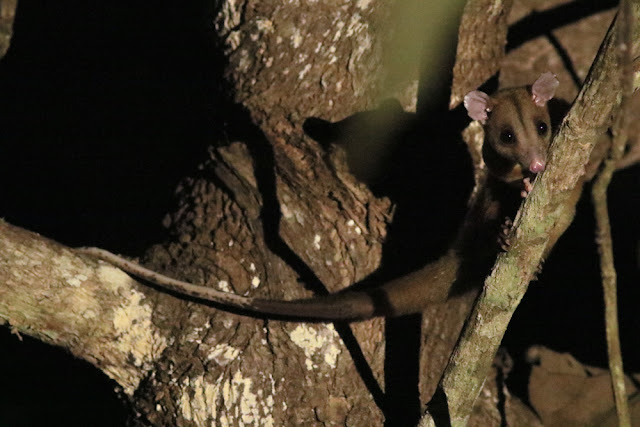 And finally a pair of Night Monkeys that were considerably higher up in a cecropia than the other creatures. 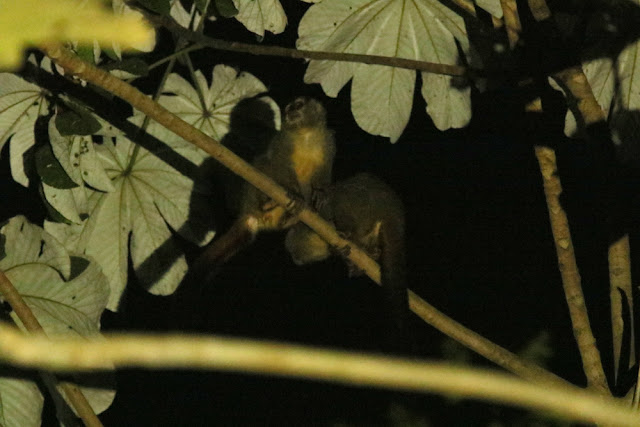