The conference was on the pacific coast of the Nicoya peninsula in the NW corner of the country, an area I'd never been.  It was much drier overall than the caribbean side, or really either side as you go towards Panama.  That meant that the overall number of species was less than in wetter lowlands but that there were common birds that I hadn't yet been in range for.  One was Orange-fronted Parakeet, seen basically every day. 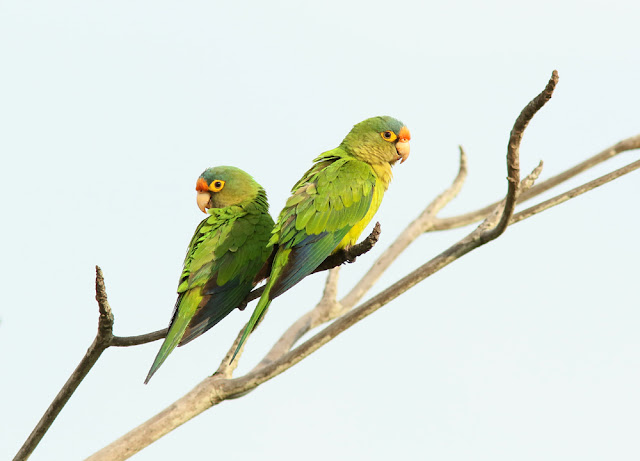 They fed in roadside weediness and frequently you would be walking along and see one or two, and suddenly a flock of 20 would erupt out of dense vegetation.

Black-headed Trogons were also common.  The trogons seemed to be in a down aspect of the breeding cycle since on a number of occasions I saw little flocks of 5 or 6 birds usually mixed fairly evenly between males and females.  This is the male... 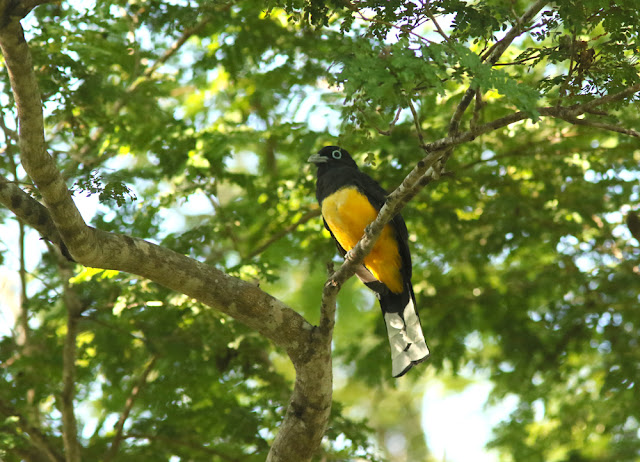 and the female, calling softly in this case.  I'm not sure if they do something like our cardinals where the females sing and grade the males on who is most responsive to singing back or if they're simply more vocal birds than I give them credit for. 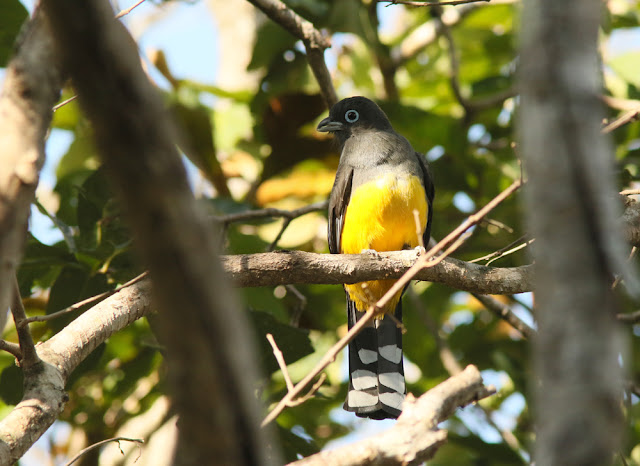 I was surprised by their green back on a couple of occasions; I would catch a glimpse of a green trogon and think that I had an elegant (though that would come eventually...) 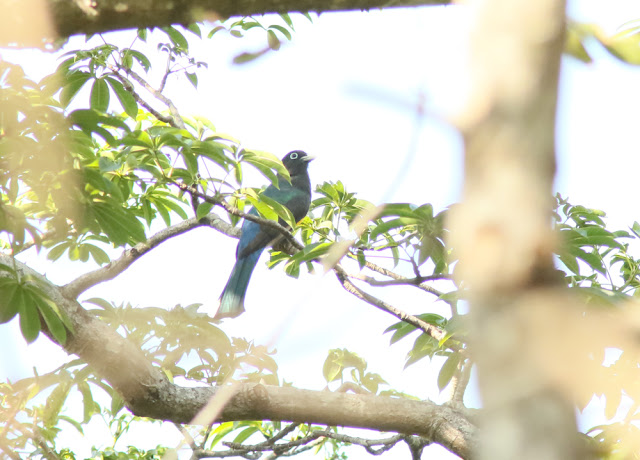 Common Black-hawk is a bird I've seen before but never in the numbers that were present in this region. 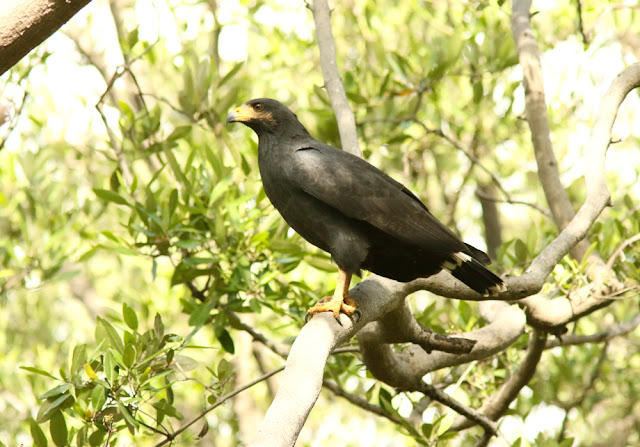 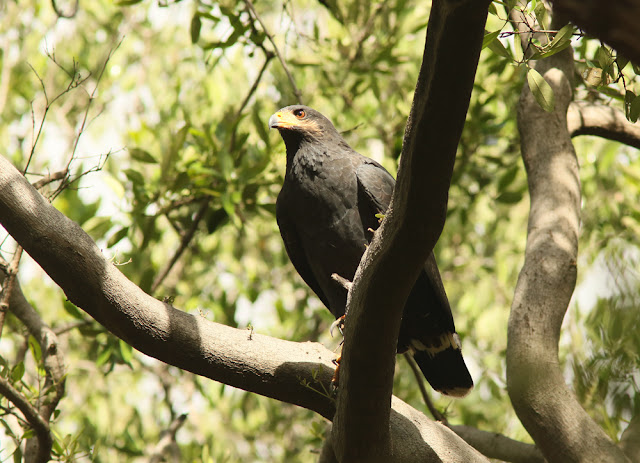 One other bird that also fell in that category was Scissor-tailed Flycatcher.  I think I saw more this trip than I've seen anywhere my whole life. 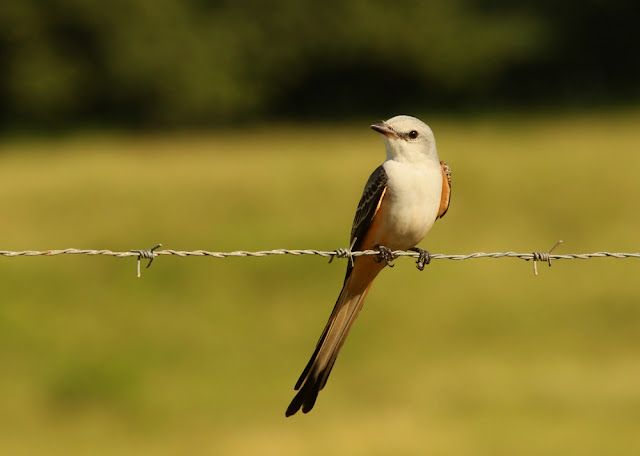 This one is still growing in the longest outer tail feathers.
Posted by Matt at 3:00 PM