Upton is taking his security seriously. 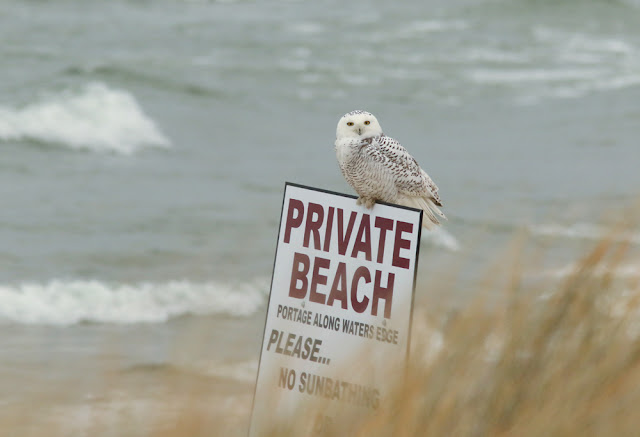 The owl actually did stop a beachwalker.  The second time that is.  The bird flew in low off the lake originally (doing a reasonable impersonation of a Glaucous Gull), landed in the wrack line and was fairly content to rest there. 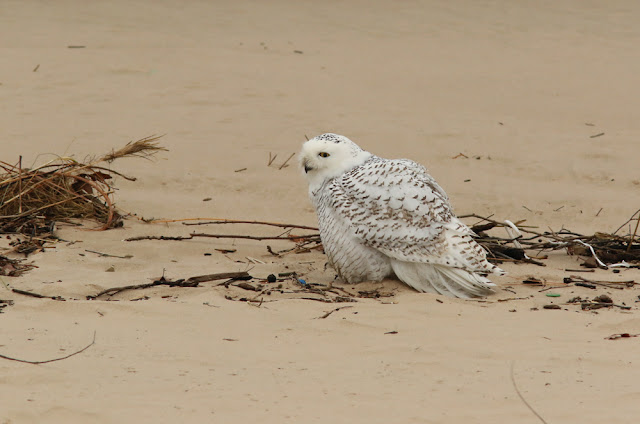 I saw the beachwalker coming and should have run up the beach to get in front of the bird when it would flush past.  I managed a decent shot of the paws, err talons, instead. 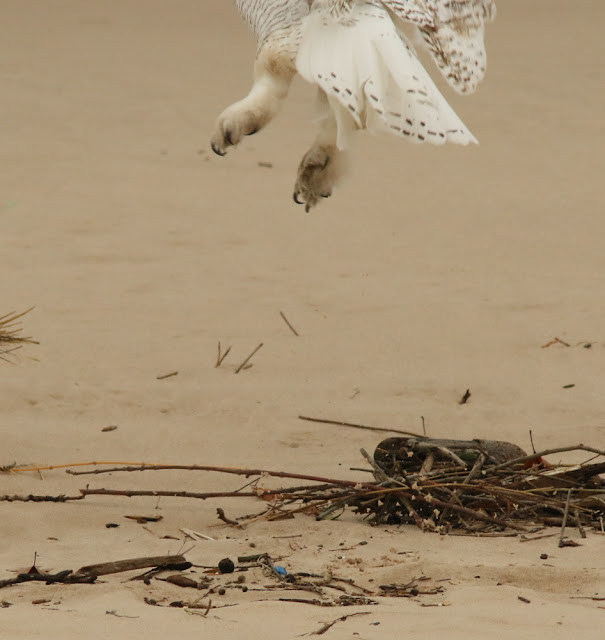 The bird flew to the sign at the top and then to the cut in the dune on Upton's northern border giving good looks from the Tiscornia side. 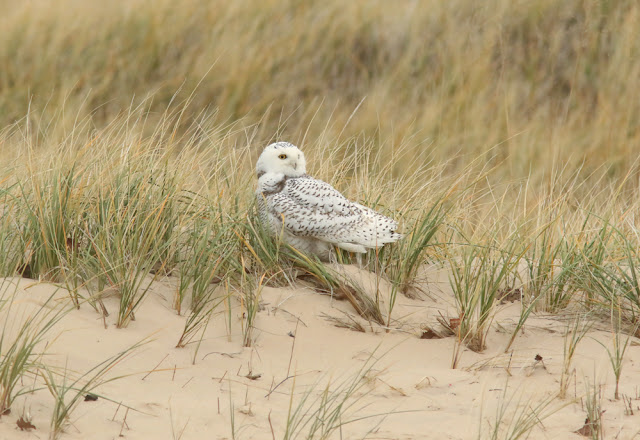 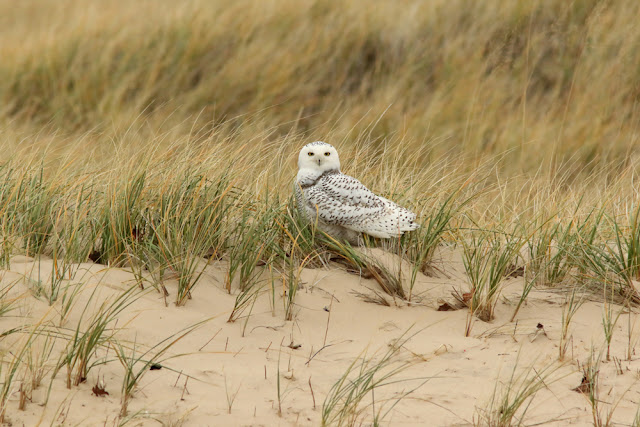 I sat there for about 30 minutes seeing if it would fly.  It thought about it as a dogwalker cut through the grass behind me, but ultimately was content to sit there.  It was still there an hour later.

Ironically while I was sitting there seeing what the owl would do a Glaucous Gull did fly over. 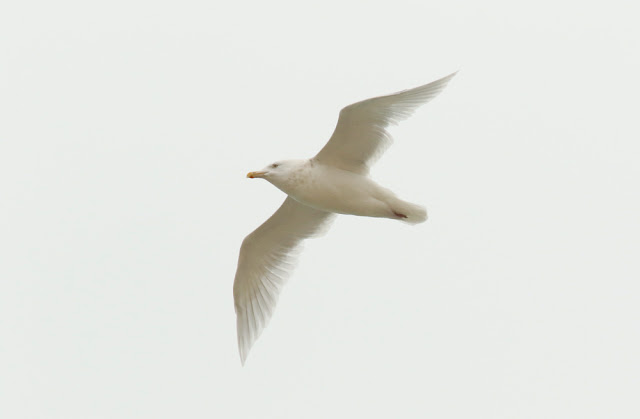 On the other end of the color spectrum is a flock of Black Scoters from yesterday. 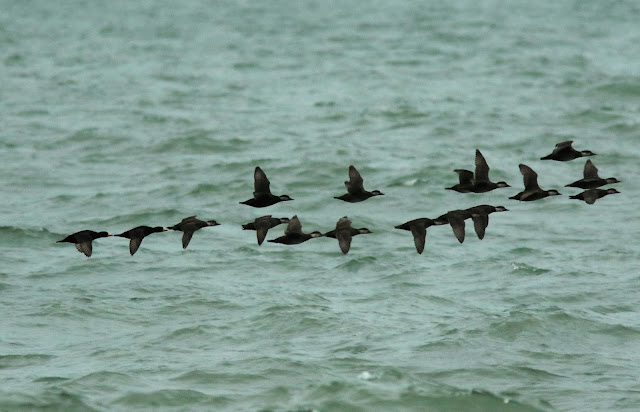