As I mentioned last post Three-striped Warbler had been a bird I'd hoped to see for some time but didn't come across until Monteverde.  Ditto for Sooty-faced Finch (though the pic is too terrible to share).  Magenta-throated Woodstar also fits in that category.  I'd hoped for all of the above at the La Paz Waterfall site in the spring but struck out.  The Monteverde eBird bargraphs indicated a pretty reasonable shot at the woodstar when I planned the trip which appeared diminished when I checked the night before and saw that no one had had one there for 3+ months.  Fortunately, after 5 minutes at the feeders either I got lucky or no one has been eBirding recently as the woodstar appeared very quickly. 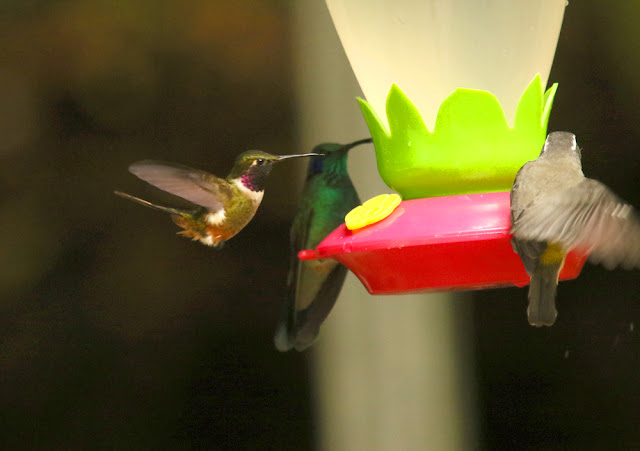 The size of a Ruby-throat, the bird stood out immediately in size from the surrounding violet-ears, sabrewings, brilliants, and mountain-gems.  Its thorntail-like long tail (often held cocked up) is apparent in the pic as is the very noticeable (and fairly unique) white flank spot.  Next is a better view of that giant fat olive hummingbird on the right of the above pic. 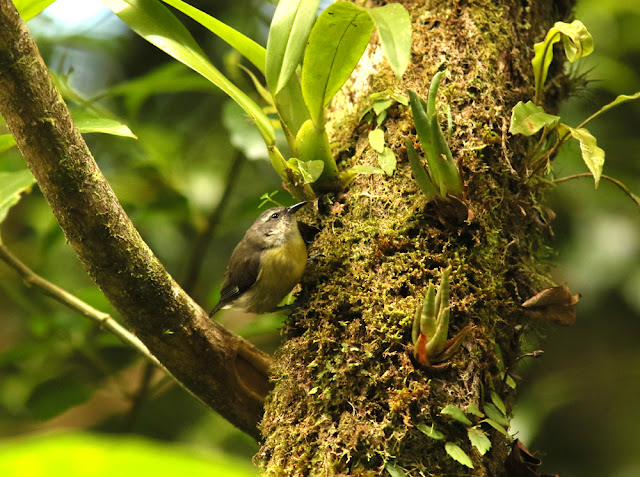 Oops.  Not a hummingbird at all, a Bananaquit instead.

The lighting wasn't awesome and I didn't spend a ton of time at the feeders as I'd gotten pretty good pics previously of the species present.  This (female) Purple-throated Mountain-gem was too cooperative to pass over however. 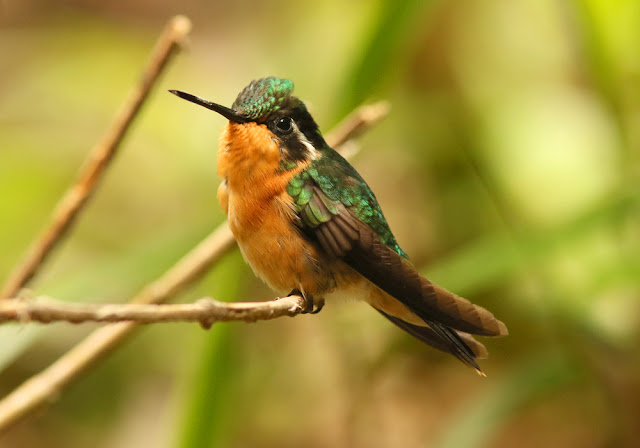 The woods had a ton of flowers, it was no surprise hummingbirds were well represented. 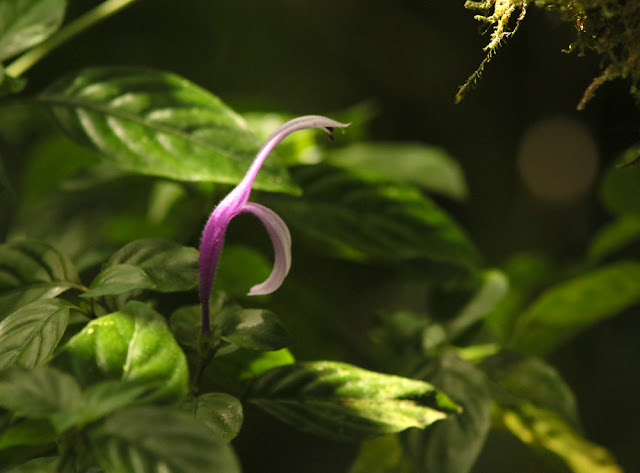 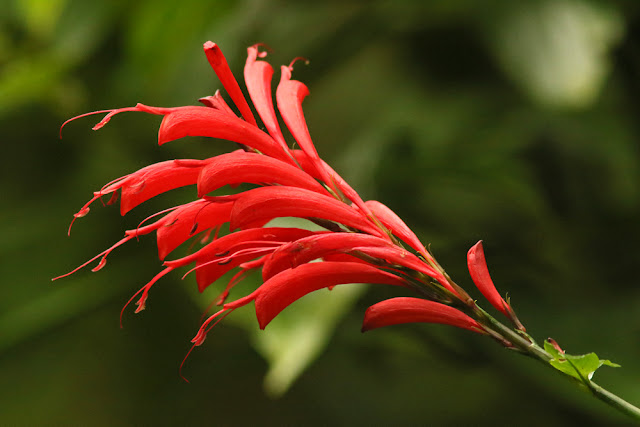 By early afternoon activity had definitely tailed off.  I would happily have stayed another day, but I had to move on to my conference on the Pacific coast.  The drive back down was an adventure.  The roads up to Monteverde had been fairly dubious; mostly unpaved with plenty of twists, hairpins, and pick-up trucks flying around the corners.  I took a much smaller (straighter road down).  Smaller and straighter meant A LOT steeper; I spent a good amount of time in 2nd (and 1st gear) braking down a rough two-track that I'm not totally convinced I could have gone up if I'd wanted to (which likely explained why aside from a single four-wheeler I met no oncoming traffic).  I was ok with that though, and it meant I could stop when Gray-crowned Yellowthroats teed up at roadside. 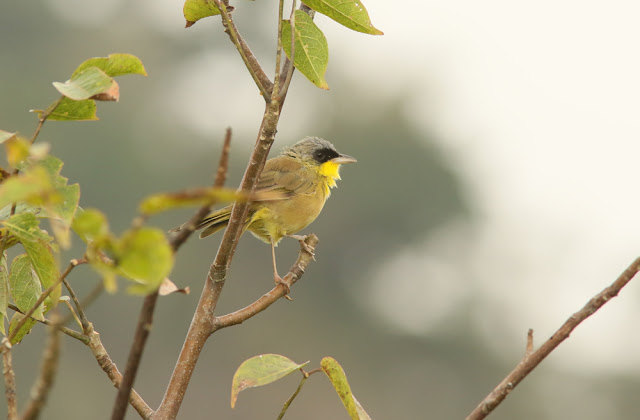