So close to that peak of migration.  There's birds around, birds everywhere, shots at vagrants and rarities ... but haven't quite connected yet.  There's been a few photo opportunities though.

We're still in that period where Yellow-rumps dominate the warbler scene. 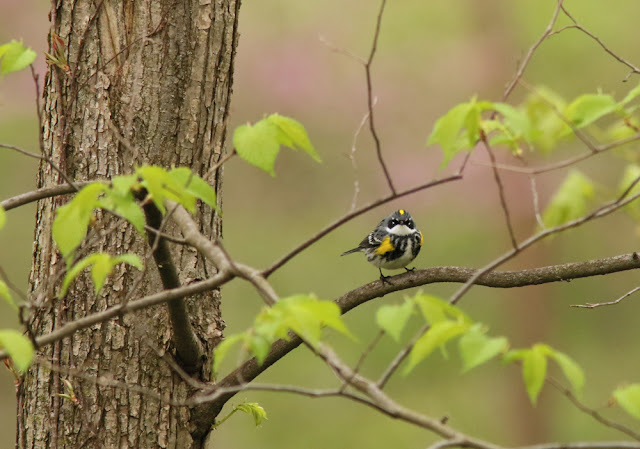 This Swamp Sparrow was one of a few working the boardwalk while searching for Kentuckies. 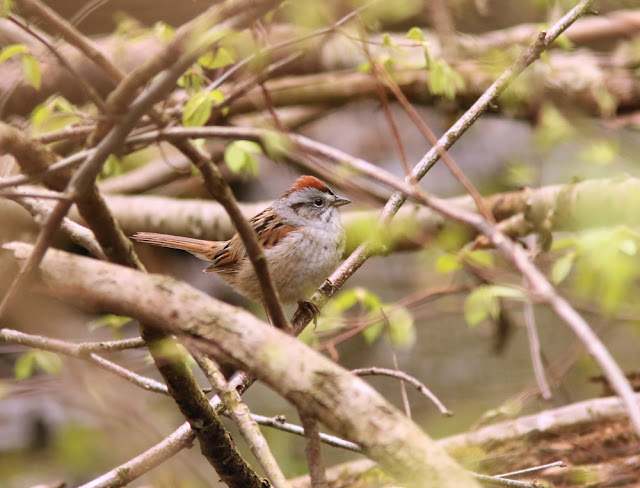 While photographing the Swampy, this Northern Waterthrush popped up, quite interested in the sound of the shutter. 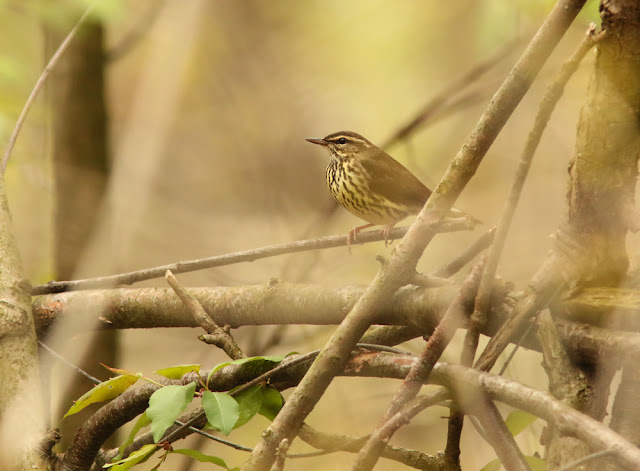 I once had a Scarlet Tanager fly in to a shutter click many years ago. 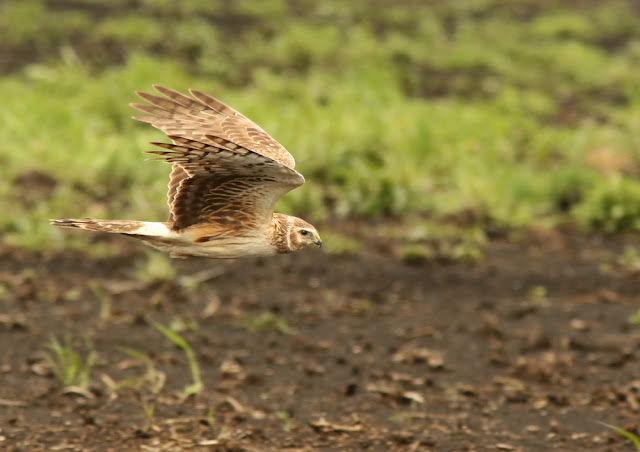 I found my first White-eyed Vireo for my river bottom. 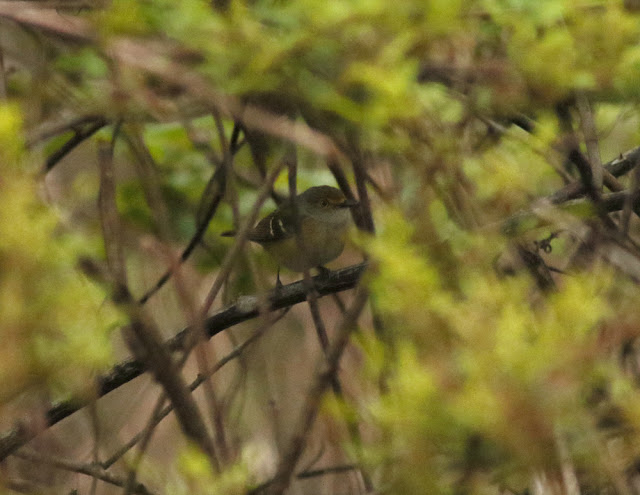 I heard the bird yesterday afternoon but it quieted quickly.  I went back down this morning and re-found it singing fairly actively.
Posted by Matt at 11:31 AM