It wasn't exactly labor.   Unless you count it as a labor of love.  It was mostly blue-winged teal though so maybe that's stretching it.

This was a pretty average flock.  It doesn't look that big, though it's actually 50-60 birds. 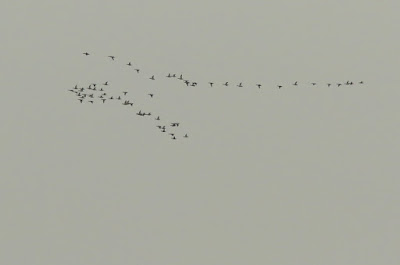 20 flocks like that and suddenly you're talking real numbers.  The movement was very heavily dominated by the Blue-wings, this flock was an exception in that it contained a couple shovelers (leading the top line).

A flock of 10 Forster's terns came by close. 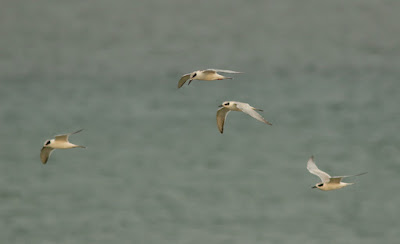 Medium sized terns are a lot easier to identify when they're close enough to see the mask.  It's harder to judge primary color since fall Forster's have a lot more dark in the wing than they do in the spring.

A buff-breasted sandpiper was an ironic addition after the very chaseable one close to the house. 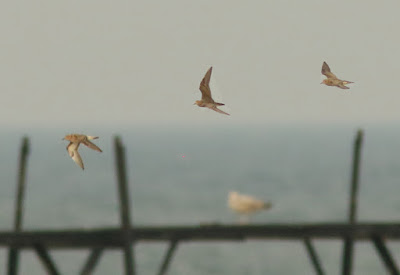 This is a montage of distant pics. 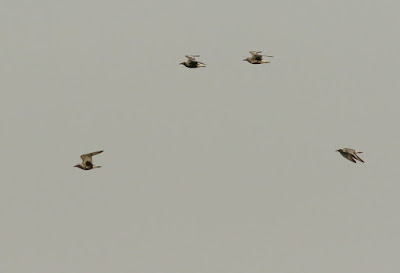 All in all a very rewarding morning.
Posted by Matt at 4:58 PM