A young Parasitic Jaeger sporadically harassed the local gulls and terns yesterday morning at Tiscornia.  It would land on the water disappearing from sight and then re-appear to strafe passing birds. 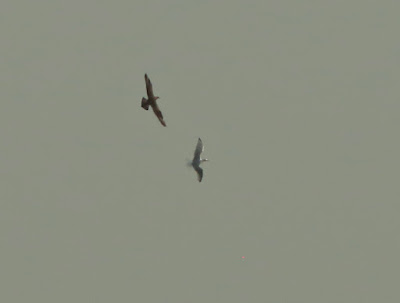 Here's a gif of it chasing the gull.

It was distant enough that it was hard to get the warm tones to come out in the pics, you'll have to trust me they were there reasonably.  Only parasitic routinely has warm tones. 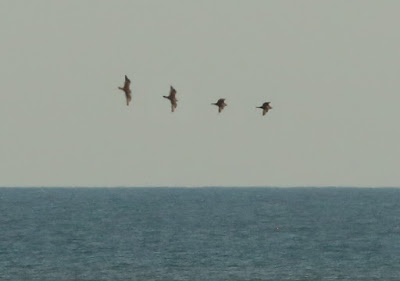 The wing bases are too wide for Long-tailed in addition. 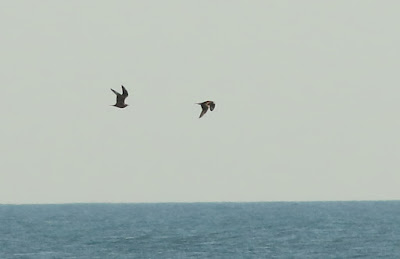 I thought  I could get a hint of a decent white patch in the upperwing which is a pretty good mark for young parasitic, though I'm not sure how a person would really discriminate between a solid patch and prominent shaft markings at distance.

You can just get a (vague) sense of protruding tail points in this pic if you imagine hard enough. 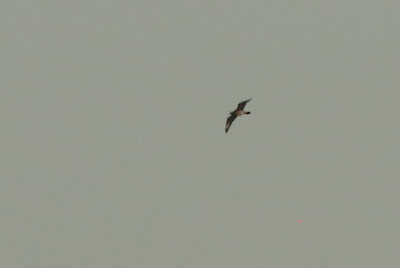 It's probably too early to really hope for Pomarine.  If the pier was open a person could have gotten reasonable pics of this bird.  I haven't been able to commit in my mind to walking all the way out South Pier, but I suppose there's a first for everything...
Posted by Matt at 10:54 AM