This was pretty amazing.  A Berylline Hummingbird appeared along Lake Superior along the UP shoreline a couple days ago.  The next day it no-showed at the original feeder but was noted by a homeowner 20 miles east.  As I understand the tale, the two home-owners, who knew each other, met up for dinner.  They looked at each other, and each burst out "you won't believe what I had at my feeder," a pause, and then each blurted out "Berylline Hummingbird!"  I've never chased a rarity to the UP before, but I couldn't resist this one.  Rhoda and I went up yesterday.

The bird was mostly frequenting a feeder about 60 feet off the road, I was mostly trying to digiscope it, but it didn't sit long.  I'm still getting used to the feel of phone-scoping, this was my best effort.  All the pics in this post are cropped more heavily than I'd like. 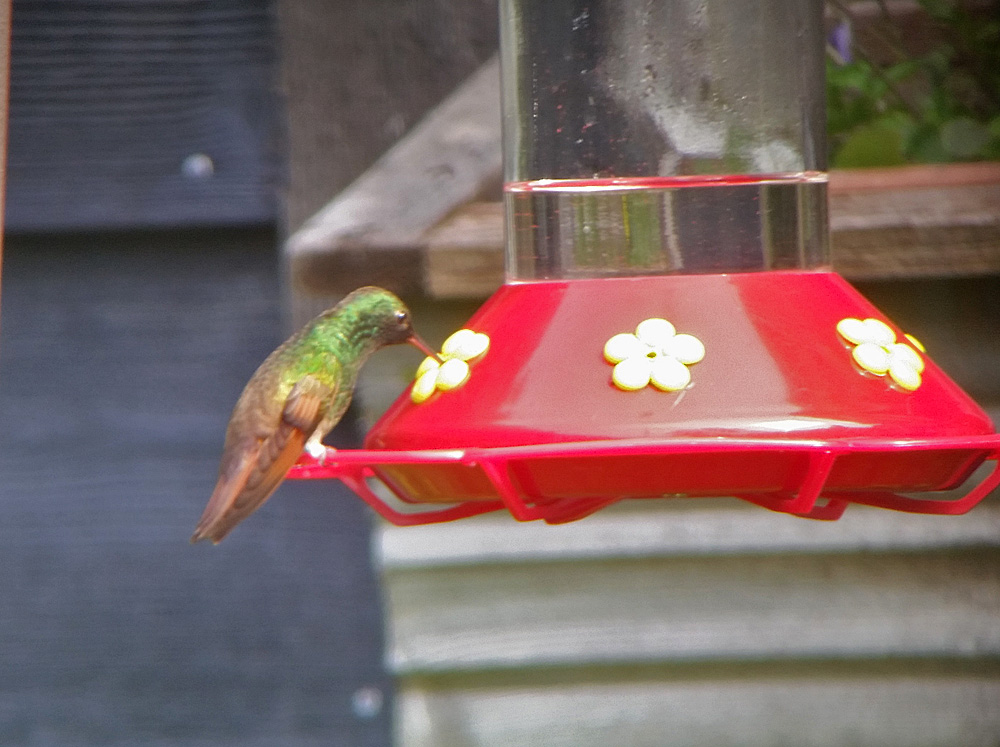 It turned its head once into the sun, lighting up the brilliant green head for which it's named. 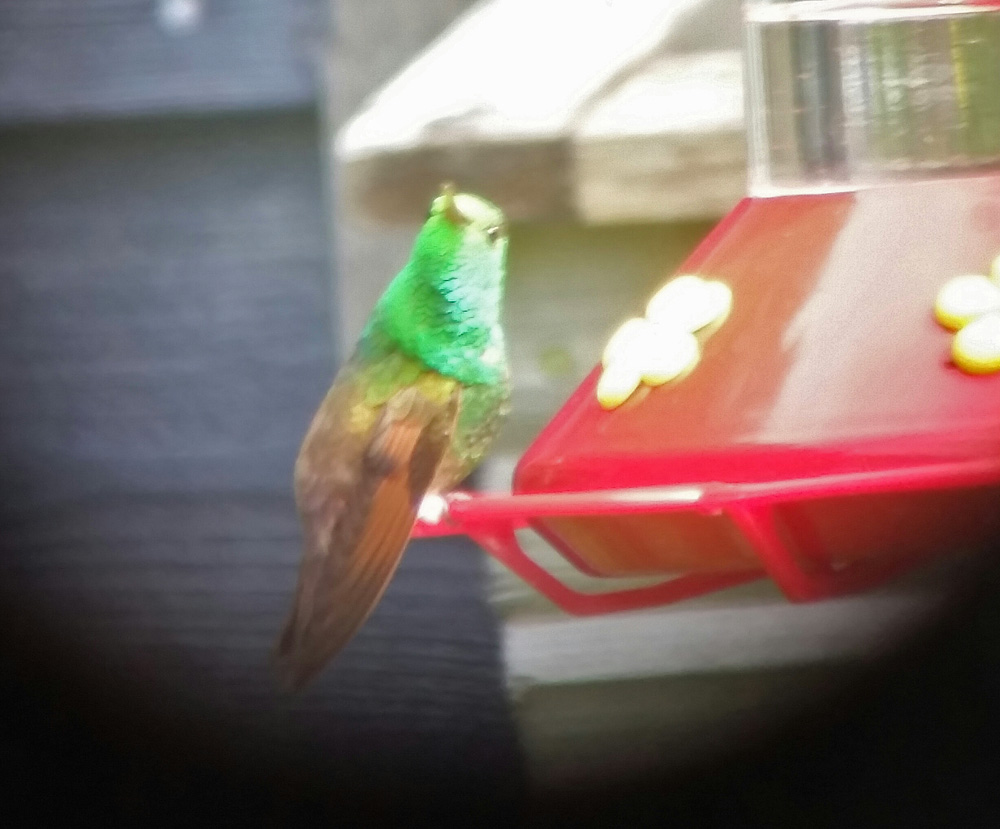 About every 15-20 minutes it would come in briefly.  Once it came to a feeder much closer to the road and I did much better with the SLR. The rufous wings were really impressive.  I think the pics somewhat understate just how bright they were. 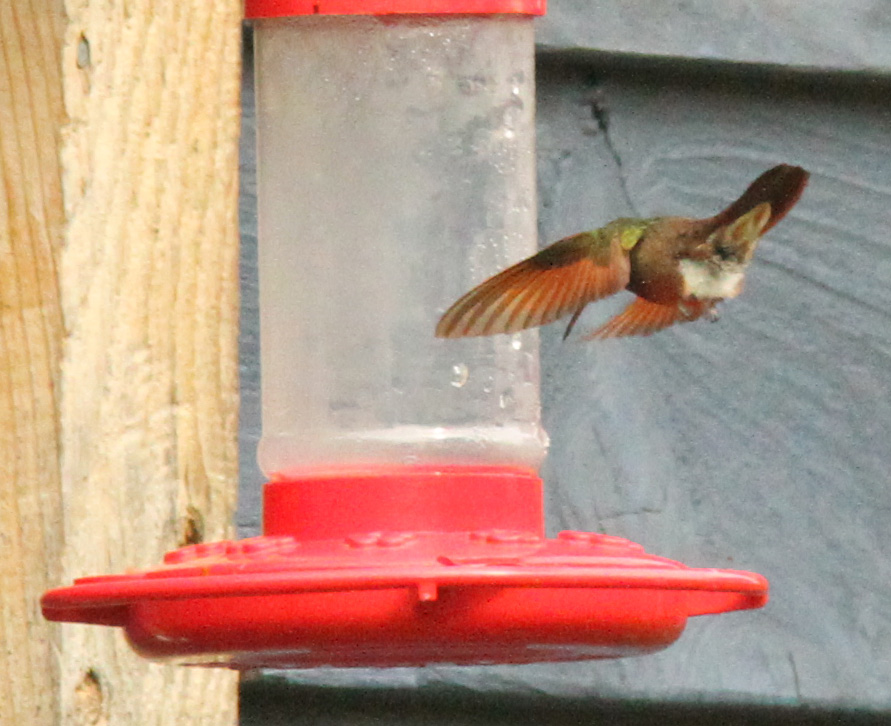 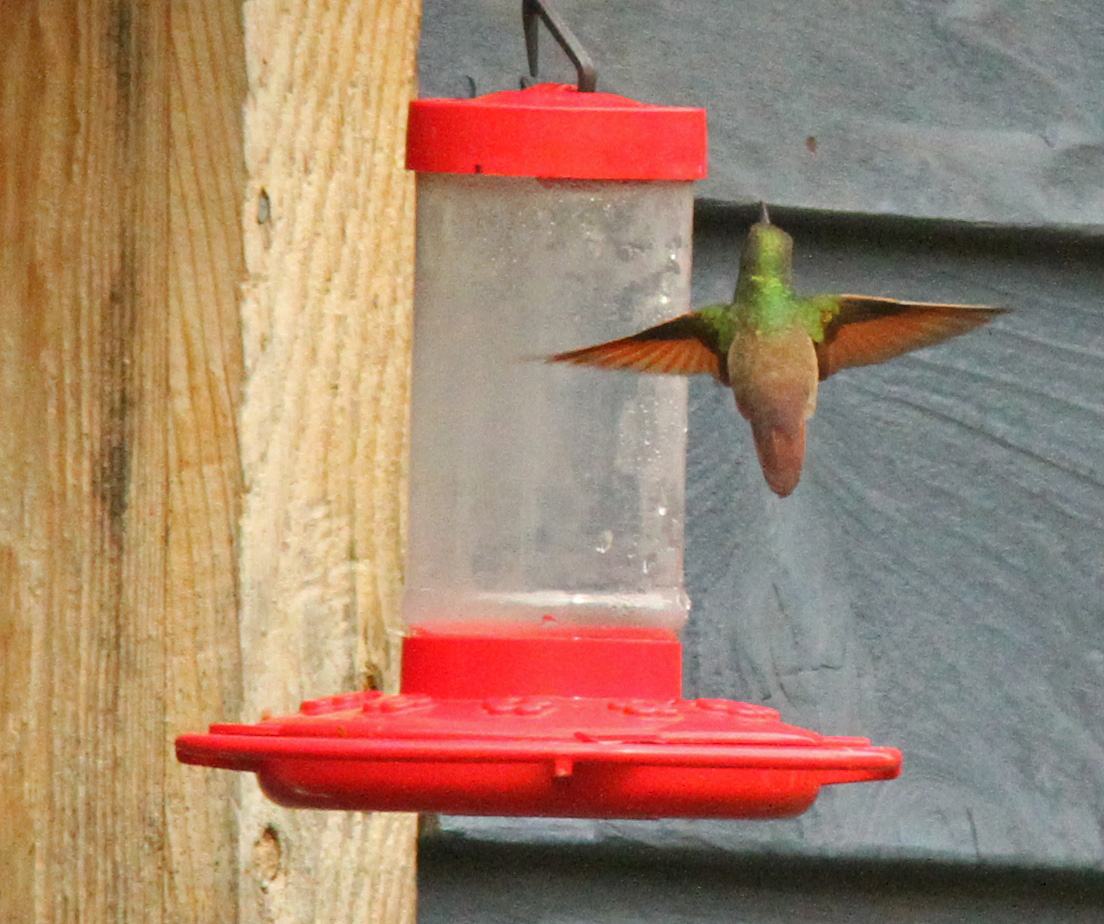 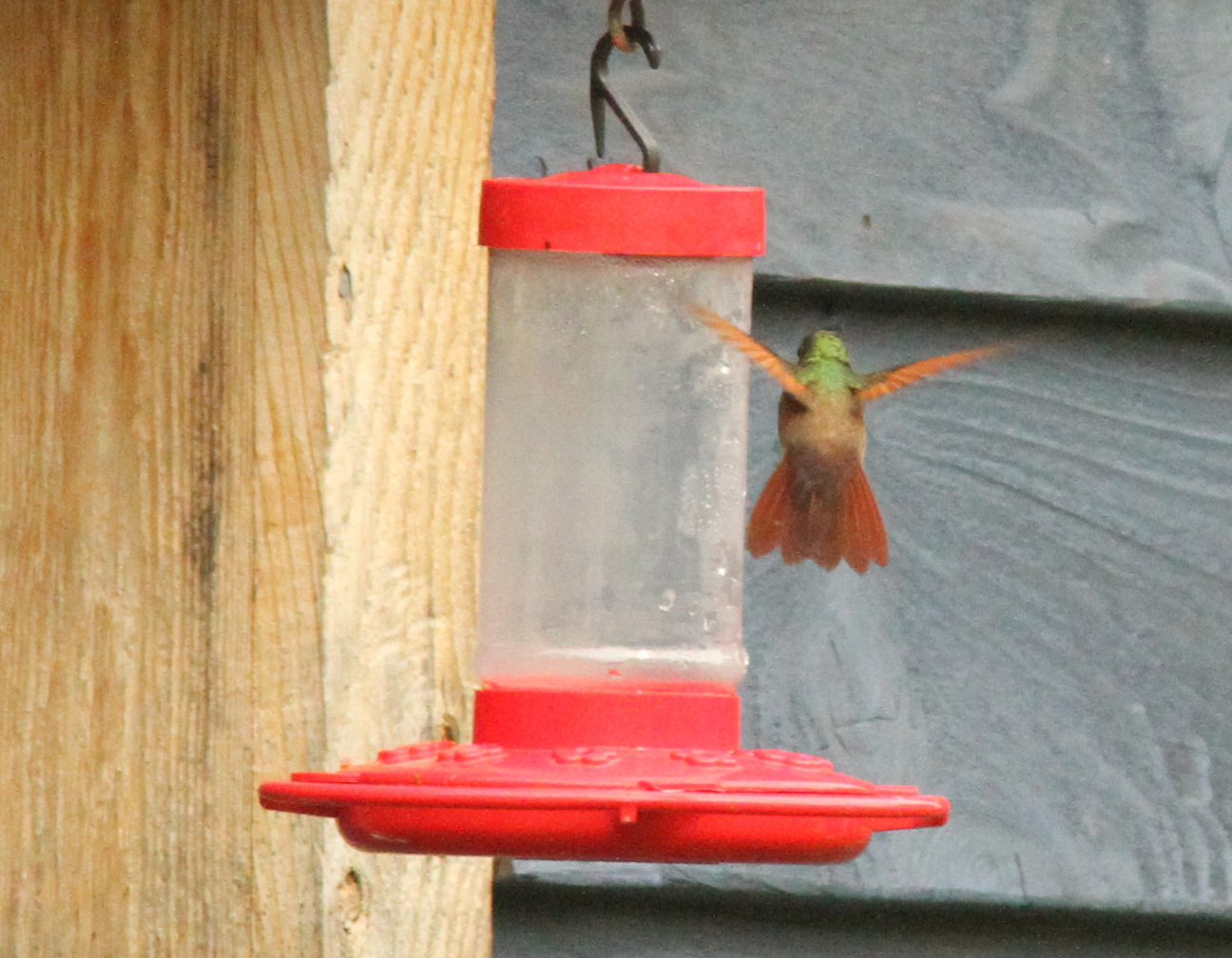 This, as it flew away, is probably my favorite shot of the day. 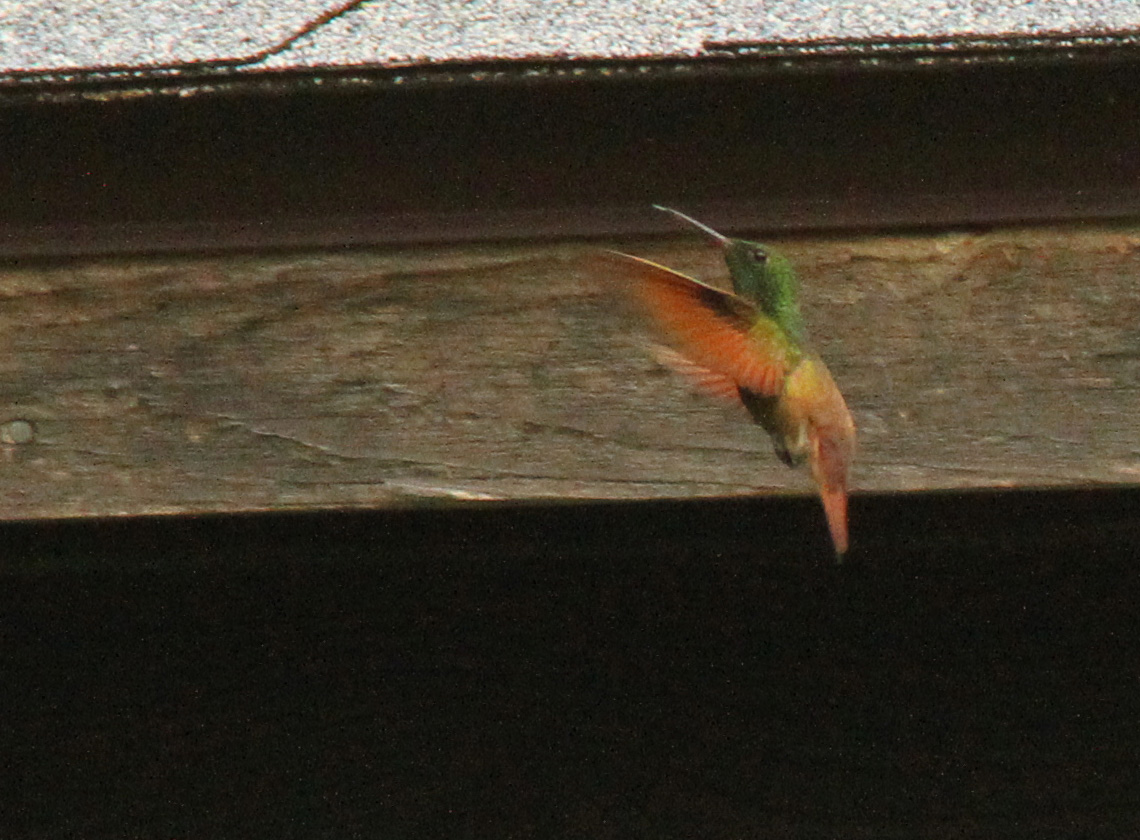 Truly an amazing bird.  To my knowledge there aren't any other hummers that would be similar appearing with that bright of wings.  Based on the figures in the Rare Birds of NA book, I saw no evidence of hybridization
Posted by Matt at 7:04 PM

I believe the homes that both had this bird were more like 1 mile apart. The story I heard is that both homeowners were at the beach and happened to run into each other. Great pics!