So, in the Hudsonian Godwit post, I mentioned a flock of about a dozen willets that flew by as I was with the family. I saw with the naked eye a flock of shorebirds with wing patterns and bright white rumps. Something about them made me run for the camera. They were flying away by the time I got on them with the viewfinder.

With 500 good pics of the Hudwit it took a few days to really examine this first series of pics. As I got them cropped though, the trail bird here stood out to me. It really doesn't have a strong wing pattern and has the tail of a Hudsonian. 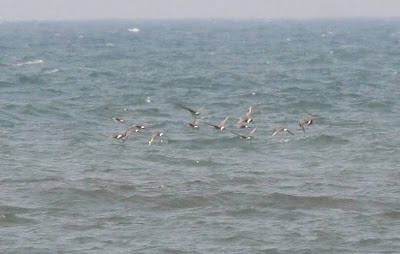 I sent the pic to Tim to see if the time stamp matched a time stamp of the featured bird on the beach to see if this was a second Hudsonian. We-ell, he quickly pointed out that "dude, they're all hudwits." 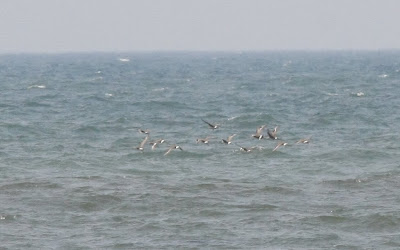 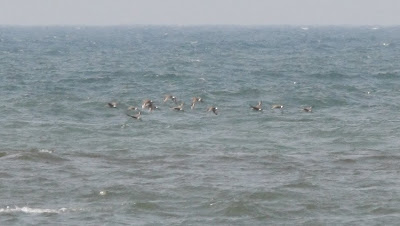 What are you going to do. Here's another comparison of the original Hudwit with the willets. Yes, the godwit does have a bit of a wing pattern, but it also has the white rump stand out a lot stronger with the black, rather than gray, tail. 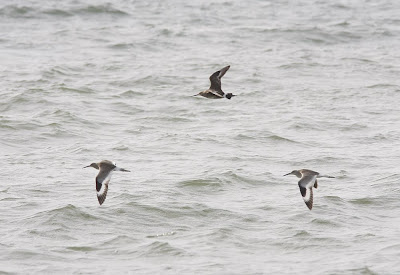 Furthermore, while in some lighting and angles the flying away Hudwits have fairly strong wingstripes, the white doesn't extend onto the secondaries.
Here's what a Common Tern thinks of my ID skills... 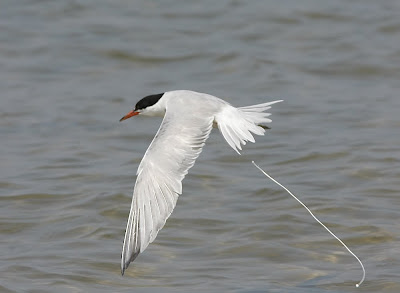