and I'm not including Tim...
Two Red-necked Phalaropes showed up at Tiscornia a couple days ago. Both were juveniles. 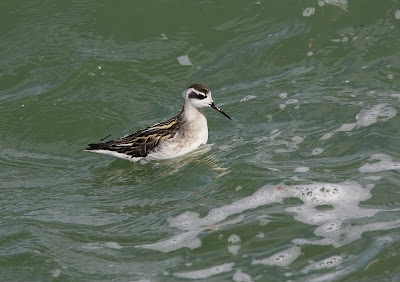 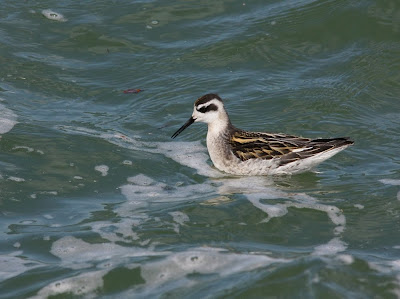 One of the birds had a single symmetrical gray winter scapular coming in on each side. 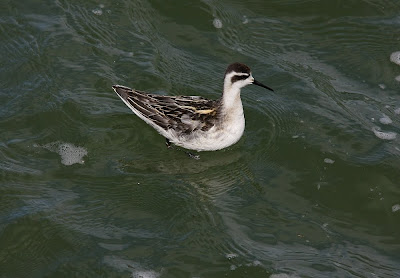 It's hard with single still shots to give a feel for how actively they were feeding in really choppy water. You could certainly see how these are pelagic birds. They barely paid the waves any heed at all.
Note the wall of water reflecting off the pier in the foreground. 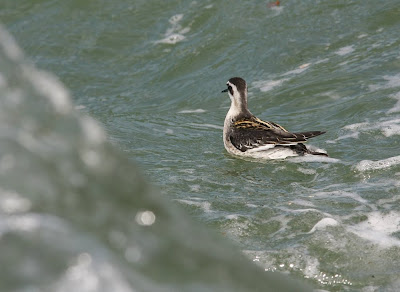 They would frequently arch their necks over the oncoming wave to pick at surface items on the other side. 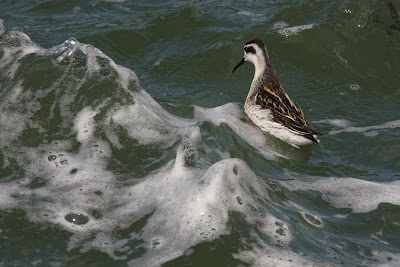 The water's dropped out from underneath the foreground bird. Its leg is protruding in the foam. You could almost believe it's standing on shore. It's in 18 feet of water though. 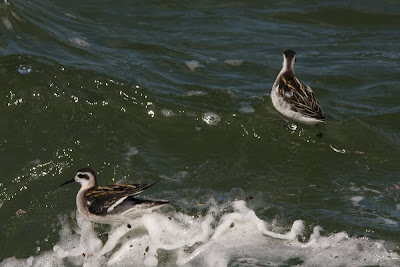 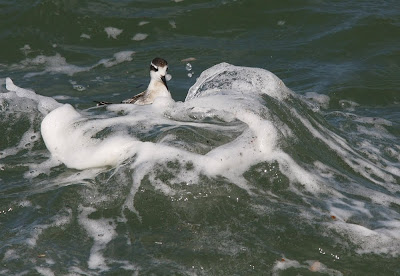