How photos can lie

The old mantra for rare birds is "photograph it or forget it," something that anyone who submits birds to committees or seasonal compilers is reminded of over and over. That being said, photos don't always tell the whole story. The next photo (a montage of 2 pics of the same bird Tim sent me a while ago taken I think in April 2010) is a good example. Which loon do you think it is? 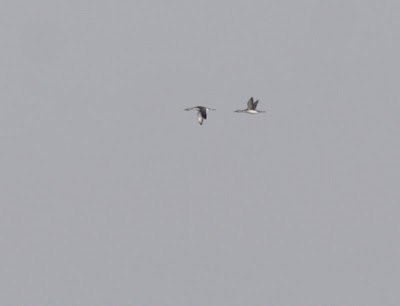 The shape is obviously wrong for Common Loon. Red-throated is very common in migration here. This bird is transitioning into more adult plumage which throws off the appearance, but the neck seems much shorter and thicker than Red-throats display. A Pacific? The hallmark of Pacific loon in flight is a thick black strap at the base of the wings extending into the stern. I don't have a flight shot of Pacific (that should change this fall), but here's an old shot of the Portage Lake bird from Washtenaw showing the effect: 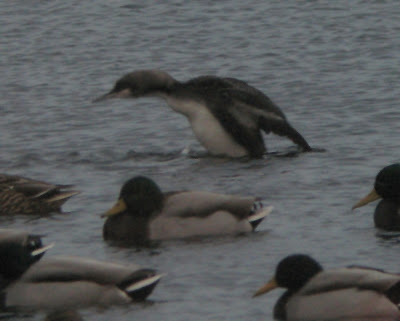 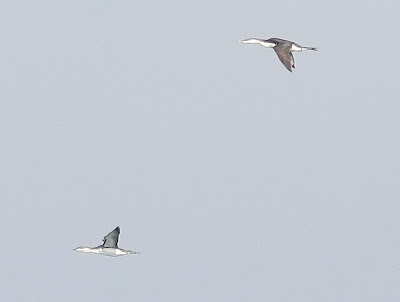 The top row is Tim's loon sandwiched between my two. Below them are Sibley's drawings of Pacific on the left and Red-throated on the right (used seeking permission). Note how Sibley depicts a much longer necked bird with Red-throated, longer necked than the pics show. Does that mean that the shape of the mystery bird does in fact support Pacific? (Or that Sibley's drawings are off?) The answer is no to both questions. I would guess based on this that Sibley based his illustrations on field sketches of the birds in flight. In real life, with the bird in motion, Red-throated loons appear longer-necked than they do in the photographs, as they're depicted by Sibley. While freeze-frame photos of birds in flight are some of the pics I'm proudest of, they don't necessarily reflect what the bird looks like in real life in motion.
Posted by Matt at 2:26 PM