I haven't had time in my schedule to chase the White Wagtail, but we did see a heck of a lot of flickers a few mornings ago. A good overnight SE wind with a lot of movement on the radar led to a lot of bird's reverse migrating along the lakeshore the following morning, headlined by close to 400 flickers. With that many birds surely one will be close enough for a pic right??? 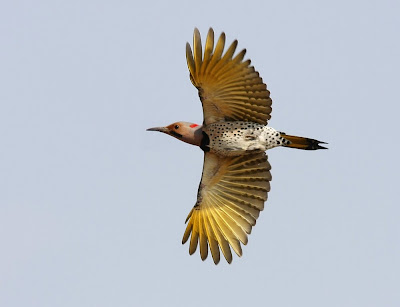 It was harder than I thought since woodpeckers' undulating flight leads to a lot of time with their wings folded as evidenced in this montage: 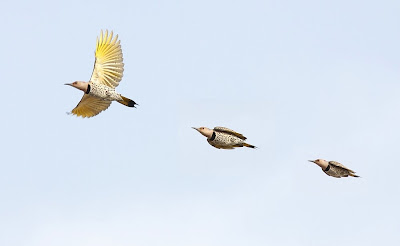 Flickers are easy to ID on the wing, other birds are harder, with different field marks in flight than perched. Shape and proportion plays a big role, but calls can help, like with these pipits, 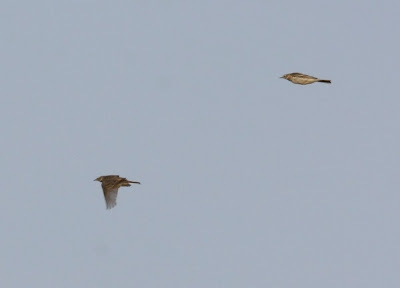 or the bzzz of this Blue-gray Gnatcatcher, 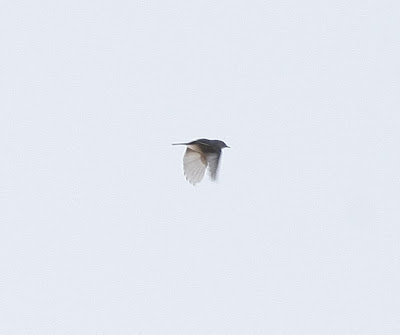 or the seeee of these waxwings. 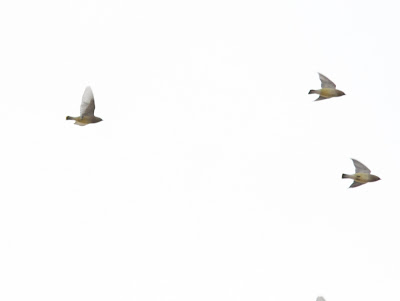 Other times you just have to look for the odd bird out of the flock, which frequently is a cowbird (see the leftmost bird in this group) 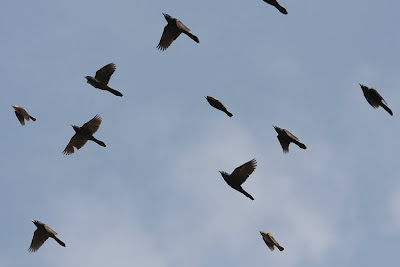 Sometimes, though the bird will take pity on us and land in the tree under which we're standing... 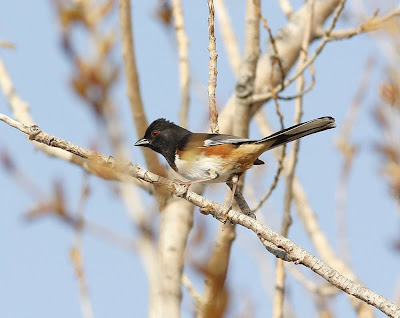