It may not be a Brown Shrike, but at least it's in Berrien, only my 4th in 6 years. 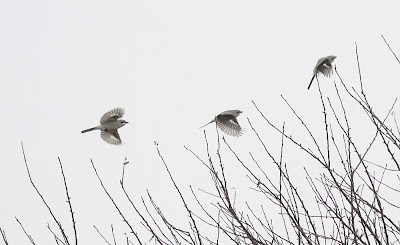 Brad Anderson located this shrike in the Sawyer area in December and saw it again more recently on about his 8th pass back through the area since then. It took me 6 tries (what else are you going to do in February?), but I found it eventually. I was prepared to give it 10 tries since shrikes on their (large) winter territories are iffy propositions. Ironically Ginger found one a mile from her parents' house too (the 2nd pic is also the Sawyer bird). 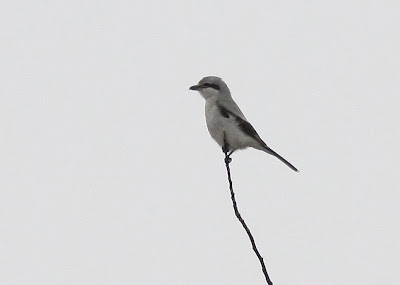 I found this Mourning Dove freshly dead at Tiscornia, my guess is a casualty to a Cooper's Hawk given it looked like it crashed down out of the air. 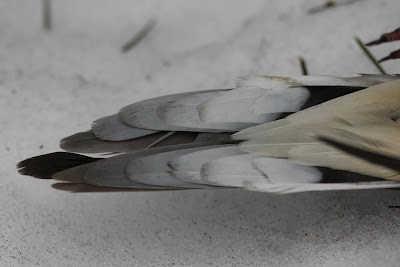 From the underside, the outer tail feather is about the inverse of a Collared Dove's. I thought the smooth gradation from the white outer tail tips through gray, ultimately to the black inner tail feather was interesting. I was surprised when I turned the bird over and spread the tail: 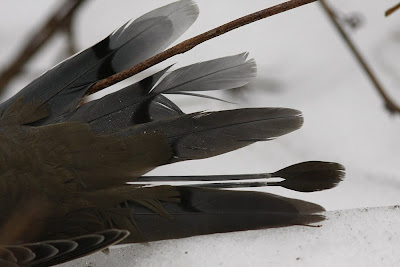 The central tail feathers were just strong shafts with a racket at the end. Amazing how a fairly unique feature can be essentially invisible in life. I'm a little surprised the bird didn't get named for this feature a la Red-bellied Woodpecker or Ring-necked Duck given the appearance in the hand. 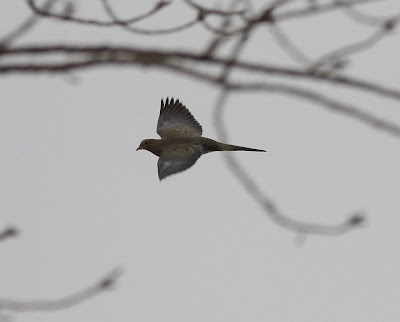 per Tim, the racket-tailed effect is a feather that is in its final stages of growth and the sheath encasing the vanes hasn't sloughed off. or something like that.