When I arrived at Tiscornia this morning the wind and water were so (almost disconcertingly) calm that you could hear the whuff of airflow through the feathers of a banking merlin. It made a couple sallies out over the lake and I locked on to it as it circled after a small passerine. 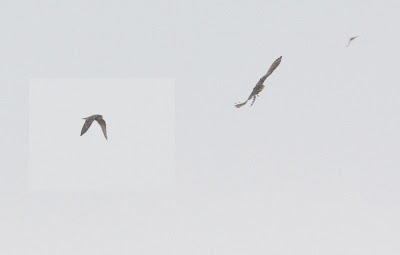 After a few circles and misses, it banked its wings and cut off its quarry, snatching it without the feather-scattering impact that Coops have when they ambush the feeders. 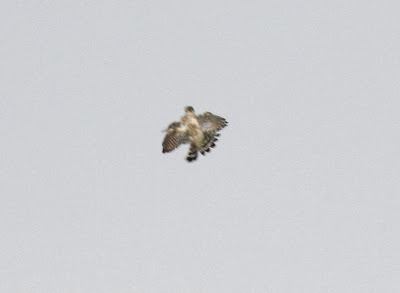 The merlin latched onto its prey with both feet, steadying it to deliver a the final blow

but dropped the bird as it apparently tried to re-position it and the quarry escaped... 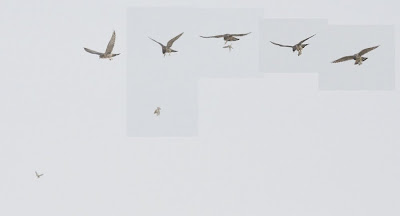 The merlin flew back to its snag and the passerine flew straight for the first tree it could find, the one I was standing under at our overlook point, a Golden-crowned Kinglet. 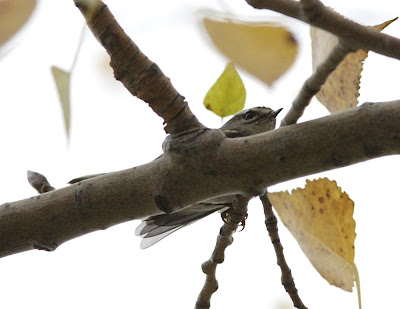 The bird remained perched on the branch for the better part of 30 minutes, re-gathering its wits before disappearing over the edge of the dune, having somehow escaped me having to title this post Requiem for a Kinglet.
The winds had picked up and about 2500 ducks flew past over the ensuing 3 hours or so, most of them scaup, before a long storm front halted migration, though not before Tim spotted my long-awaited Tiscornia life Bald Eagle. 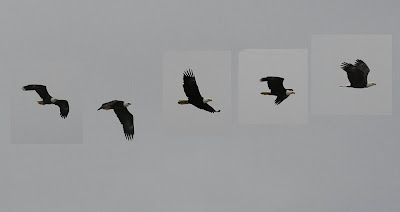 I'd seen an eagle once from the brick road into the park, but never from the park itself.