I ended last year with 296 birds on my Berrien Life list putting me almost certainly on pace to hit 300 this year, at least a year earlier than I had expected after the impressive number of rarities which turned up last year. 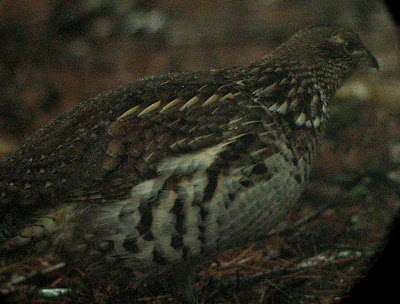 This is the first bird pic I ever took with the current camera I use, a bird that appeared under the feeders of my childhood home in Midland Co Christmas morning sometime early last decade. Per the current Berrien checklist it's the only "regularly occuring" species I'm missing, though is a rare breeder. "Regular" birds are defined as being seen in 9 out of 10 years (1995-2005). As I look back in the Field Notes, though, I see it was missed in 2005 and 2007, so the next time Jon revises the checklist, the grouse is going to get bumped out of regular...

Missing are (in semi-phylogenetic order): 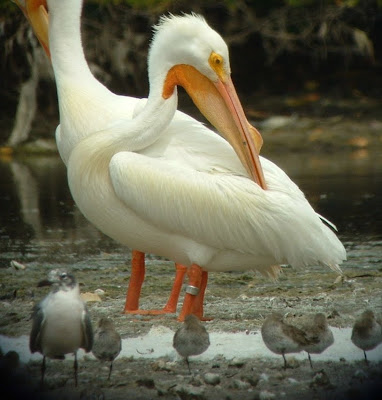 It feels like these get stealthed through the newspaper by a fisherman in the rivermouth every May, unreported until too late on the listserv. Looking back at the Field Notes, it looks like 3 Apr records and 2 from May in the last decade, usually from one of the big inland lakes (Chapin or less commonly Paw Paw).

Snowy egret (one of at least 2 I saw in Washtenaw) 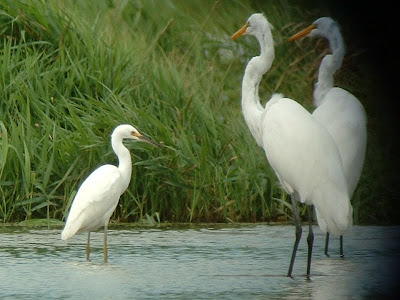 I count 4 records in the last decade, 3 from May and one from April, clearly this bird will probably teeter between casual and accidental depending on what 10 year span you choose. None of the records have been while I've lived in the county. 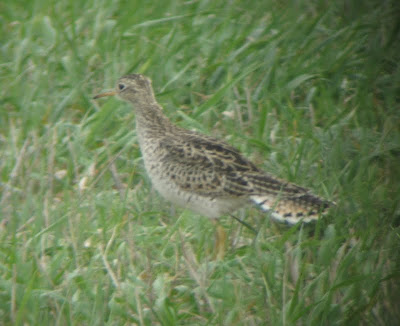 I looked hard for one of these last April in the South County without success. As I look back through the Field Notes, I see one from April, one from May, 3 from July, 1 or 2 from August, and one record from September. Clearly I need to move my target period. I wonder if the birds overfly us on the last legs of their migration northward whereas on the southbound migration they're just getting started and probably not going that far.
Western Kingbird is one of my state bugaboos, this one's probably from Colorado. 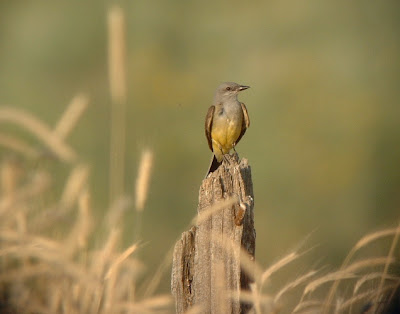 I see 3 records in the last 10 years or so, 2 from May and one from August, so this is another one that walks the line between casual and accidental. If memory serves me, Kip still needs Western Kingbird too. 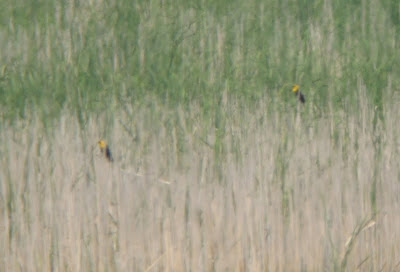 The other 2 birds currently listed as casual that I need are Sabine's Gull (would be a lifer) and Goshawk (which is quite get-able if a person can hit the hawkwatch dune with a good SE wind in March or NE wind in late October/early November).
There's a few others that are currently rated accidental on the checklist but will probably get down-graded to casual with the next revision that I need. This group would likely include Trumpeter Swan and Little Blue Heron (Lil Blue along with Black-backed Woodpecker are probably the "easiest" Michigan birds missing from my state list).

I'm going to try to apply myself to find the grouse drumming next month on sunny February days and add it to my owling nights as well. Hopefully my schedule will permit me to hit the dunes on the right day for a goshawk. As for what 300 will be, we shall see...