After going to Tiscornia for most of my birding over the last month and a half or so a trip to Floral was in order. 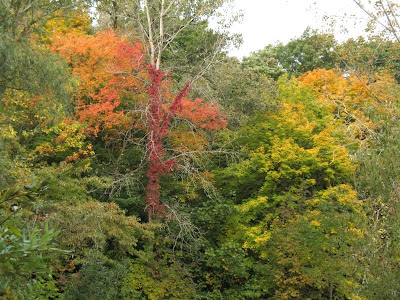 There were a lot of birds around, mainly WT sparrows and juncos. I was hoping to get something to perch up, a phoebe was the only thing that even partially cooperated. At one point a Coopers flew right past a downy woodpecker which flushed at the last second. I don't think the Coop ever saw it until the downy flew away. I did manage a pine warbler, though couldn't duplicate last year's distant shot of a bird (or two) in a backlit snag. This was definitely a day to score my county lifer clay-colored since there were some groups of chippings moving about, but I ran out of time before having to take one of the girls to a doctor appointment (bloody sawbones). 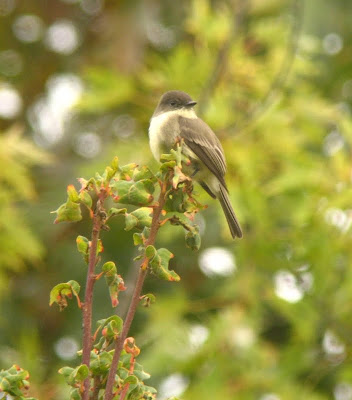 After lunch I re-checked the beaches hoping that the Franklin's gull from yesterday would turn back up, but no luck. A flock of dabblers did fly by relatively closely, how many can you ID (I count 5, probably 6)?

1. the large size, green head, and pattern make this a drake mallard
2. dark belly and long bill - northern shovelor drake
3. again a long bill and medium size - hen shovelor
4. as with number 2 another drake shovelor
5. larger duck with a very small bright white secondary patch - gadwall drake
6. see number 2
7. small size, short bill, and pale (blue) forewing patch - blue-winged teal
8. another gadwall
9 and 10. again shovelors, based mainly on size in this pic, though the dark belly of 9 is helpful
11. medium size with a white belly contrasting the head/breast/flanks - American Wigeon
12-14. small size, pale forewing patch - more BW teal
15. note that shovelors also have blue forewing patches, though these don't stand out as much as in the BW teal. Female shovelors don't show this however, except for a whitish line at the back edge of the patch - female shovelor
16. Oops. I didn't see this bird when I decided to try to get a photoquiz type photo of the flock. It looks like it's all dark with a white secondary patch. It also appears to be longer (and bulkier) than either the wigeon or the gadwall, which would seem to make it the first white-winged scoter of the fall. (Jon?)
Here's the front as it came in. Cut off in the foreground could possibly be the University of Tiscornia winter campus, stay tuned... 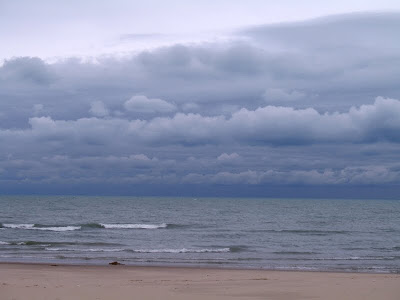