Our last morning in the Amazon brought a wealth of fish hunters.  Ringed Kingfisher was the most widely distributed bird of this group, but one that I don't have a ton of pictures of.  They're the biggest kingfisher I've encountered, I'm not sure if there are bigger ones in the Old World, but to my knowledge they're the biggest in the New World. 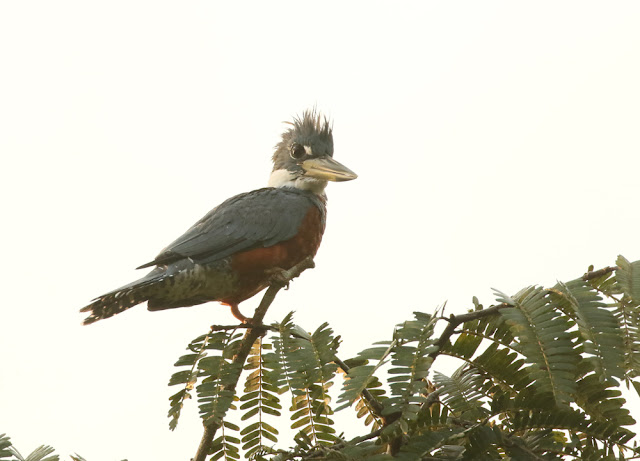 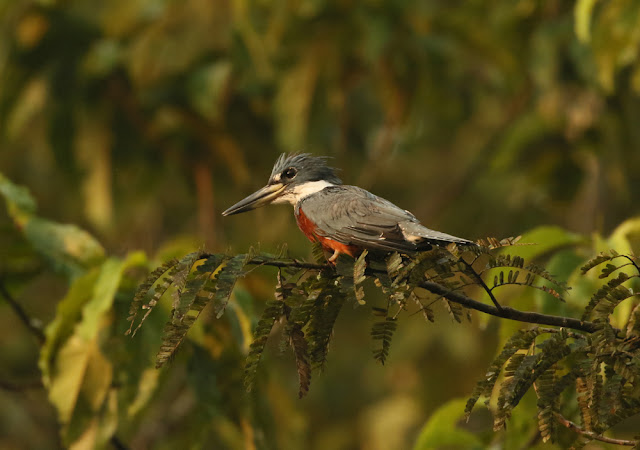 We entered a shady area and came across one of the rarer birds of the trip, one that's in most of the Central American books, but is rare enough I'd never seen one before, Green-and-Rufous Kingfisher 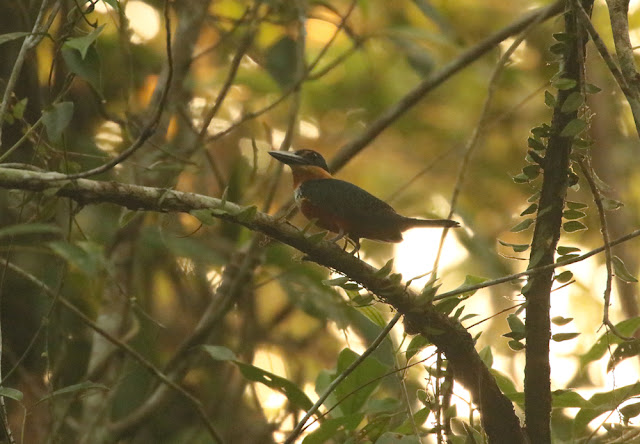 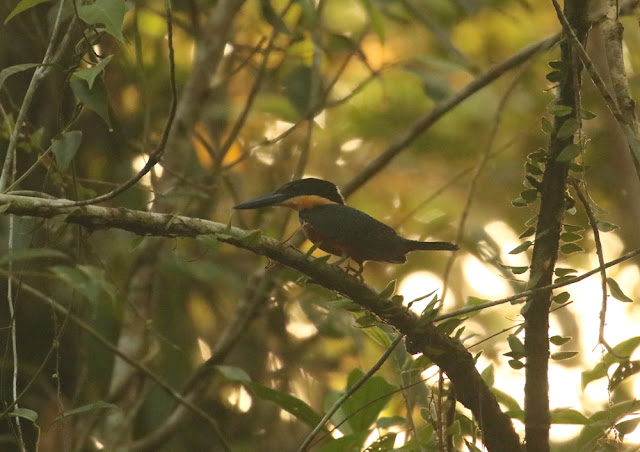 Next up is the opposite end of the size spectrum, American Pygmy Kingfisher!  This thing seemed like a junco who'd swallowed a flicker and then dabbed on some Mardi Gras paint. 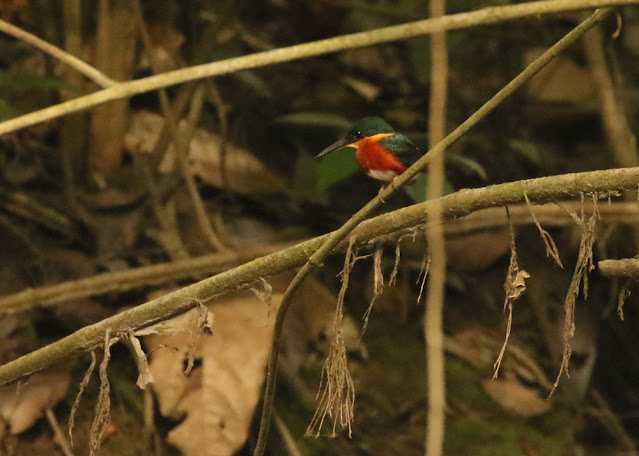 We also found a couple of really interesting herons, probably my best pics of each, first Capped Heron 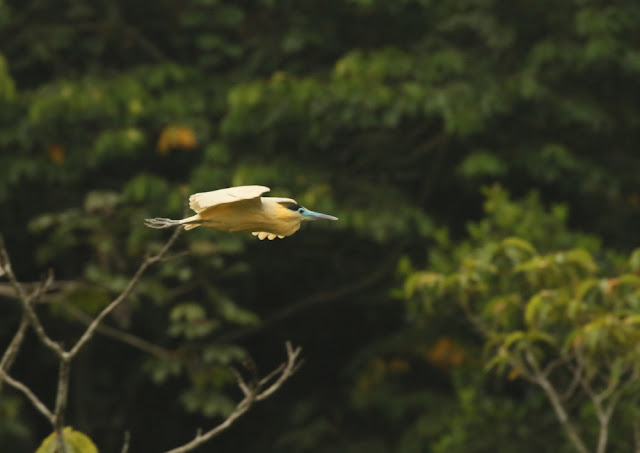 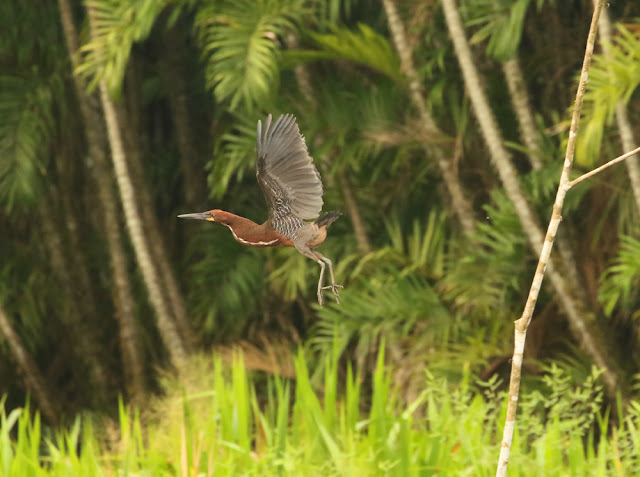