Hopefully it hasn't been Peregrine vs Purple Sandpiper; I've never had Purple Sand on a CBC and there's been one (or more) around.  Unfortunately, possibly my first December Peregrine also showed up at Tiscornia yesterday and was actively hunting along the pier.  It forced a few RB Mergs under water, played merry hell with the gull flock, and made a long tail chase after some buffleheads, one of which was forced to bail into the water from about 3 feet up.  A scaup repeated the same Drop-Like-A-Rock evasive maneuver.

I don't know if the Peregrine succeeded in capturing breakfast or lunch, but it wasn't playing favorites. If it flew, it was chased.  Even if it was a Bald Eagle. 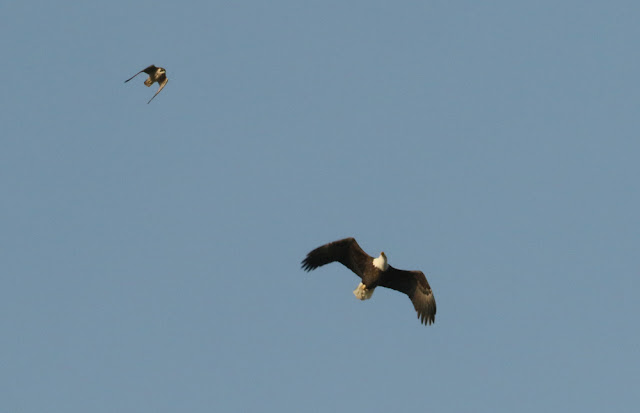 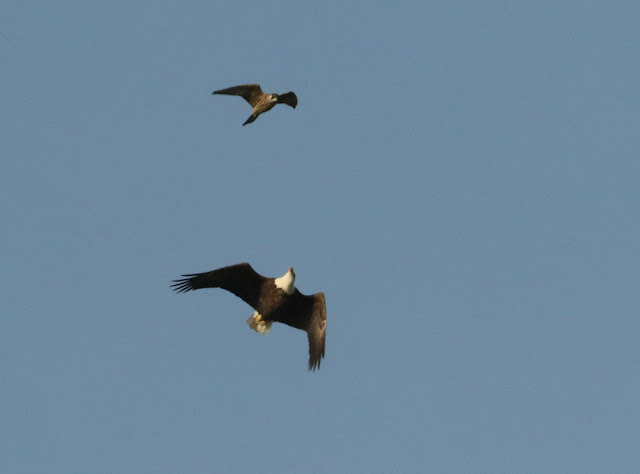 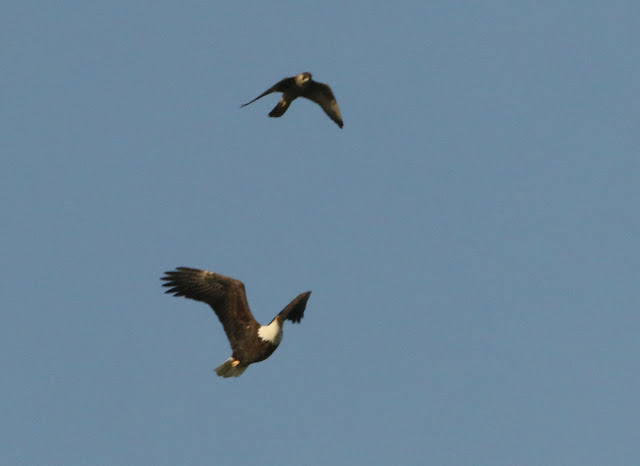 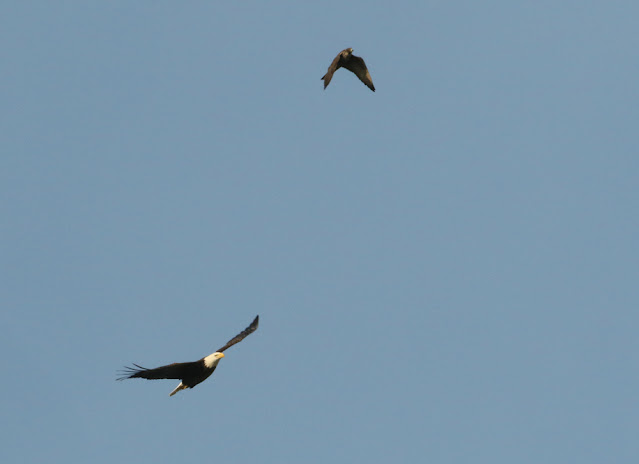 It made a few passes at the eagle. 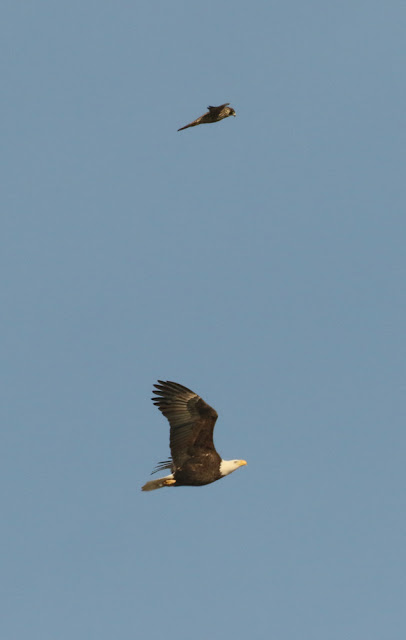 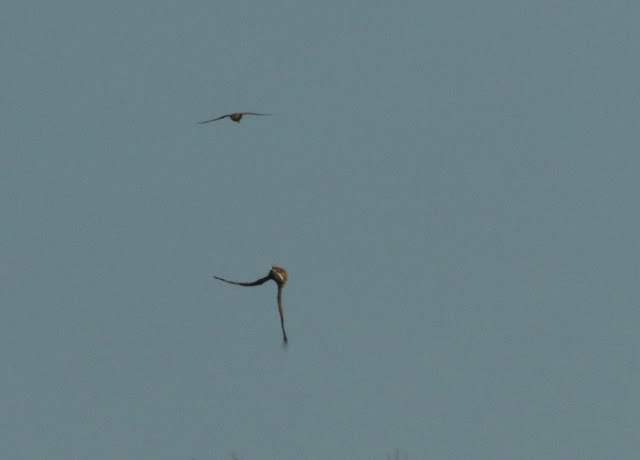