Shrikes are black and white (Chen geese too)

Other birds are too, but first this bird from yesterday.  Northern Shrike is a bird I've found by surprise maybe only two other times in the LP.  The silhouette was a fun adrenaline rush when it popped up (just imagine if it's been April or May).  It moved around a lot and must have been attacking the local birds since the robins and chickadees were making a lot of alarm noises.  For a bird I would imagine that they'd never seen before they must have learned fast. 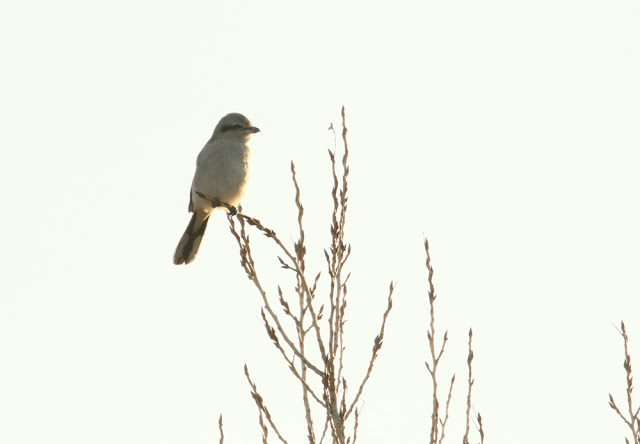 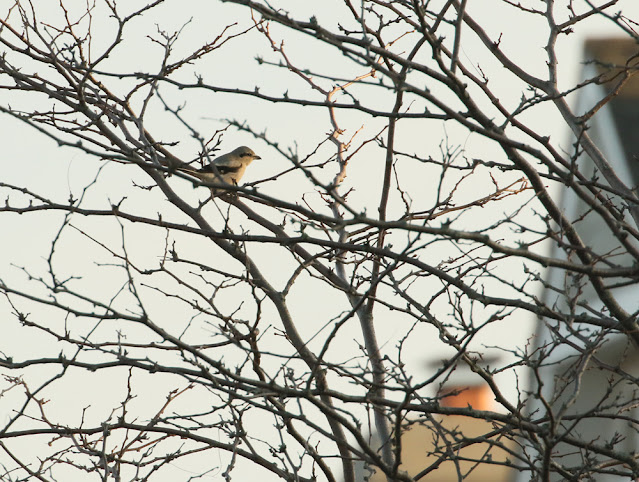 Haven't made a montage effort in a while... 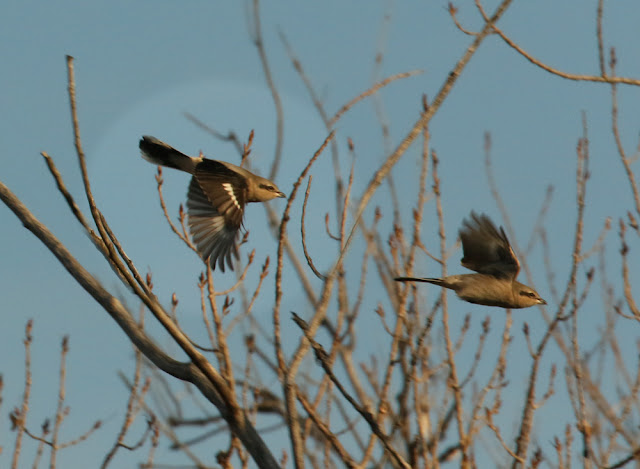 Today's bird of the day was a Chen goose.  It was certainly mostly Snow, but when it landed had a bit of blue wartiness to the base of the bill. 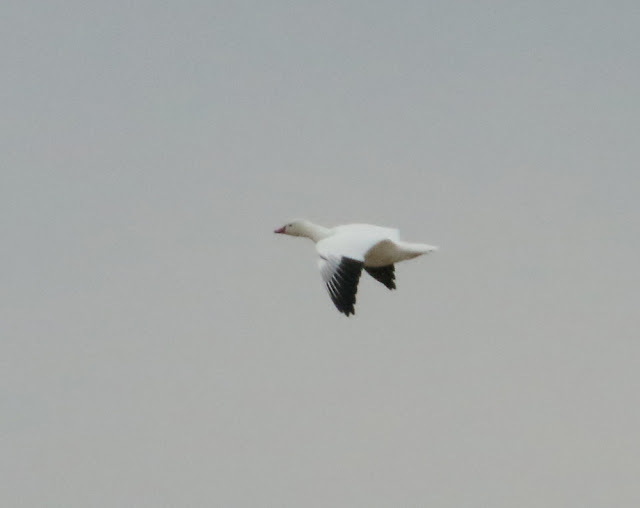 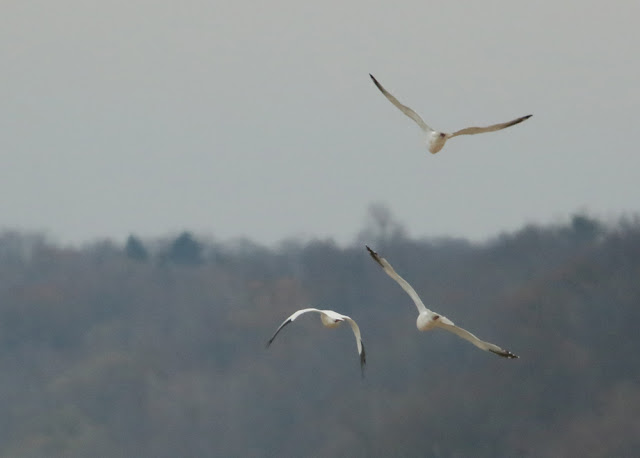 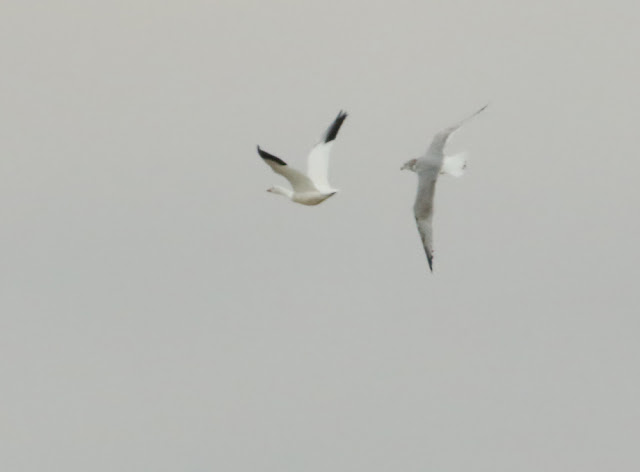 The gulls chasing it are Herrings, so based on size it's at least mostly a Snow.
I have to admit I was kinda wondering how dramatic the pics would be if one of the local eagles had wandered by a little sooner than this one did, but the gulls flushed it first... 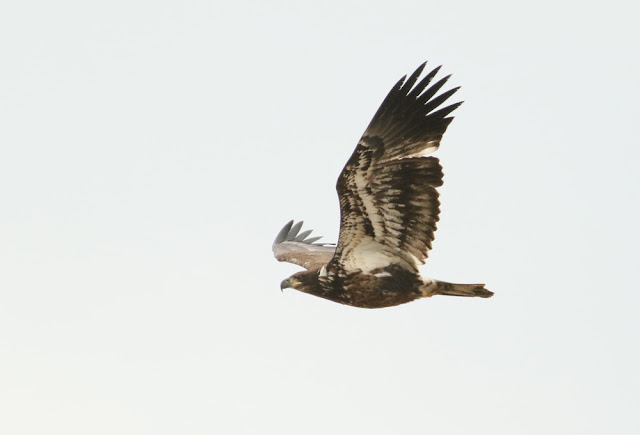