With a decent amount of East to the wind I spent about 90 minutes on the dune today hoping for some hawks.  A number of people have had Rough-legged Hawks in the county this fall and roughies were the main hawk that was moving. 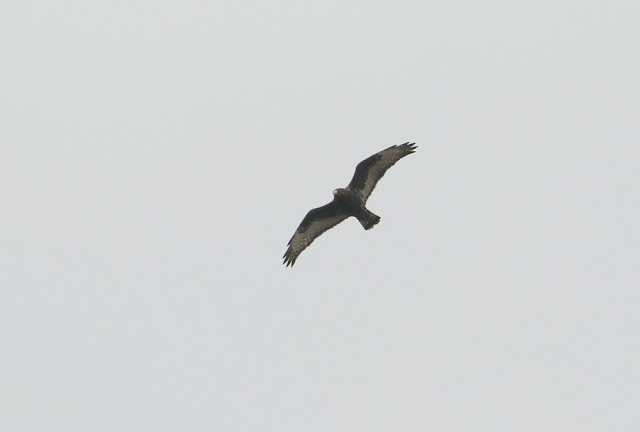 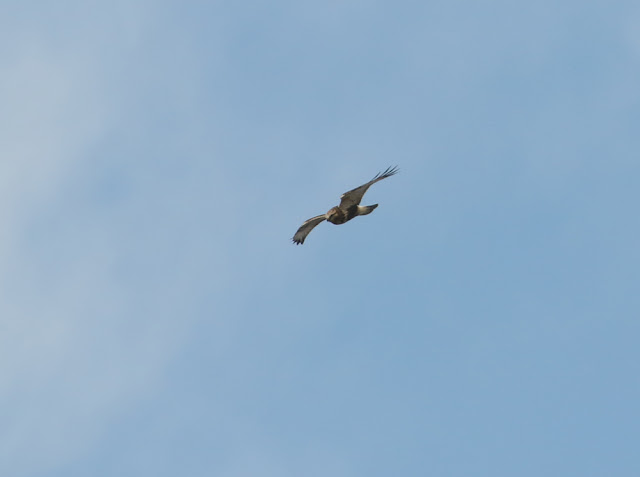 I have had crossbills atop the dune in November in the past and there were finches moving today.  They were mostly goldfinches, though I did have a small group of redpolls.  Evening grosbeaks were moving around (as were some robin and starling flocks).  The first finch I managed a pic of however was a singleton bird that moved through at medium distance, far enough away that hand focus was required. 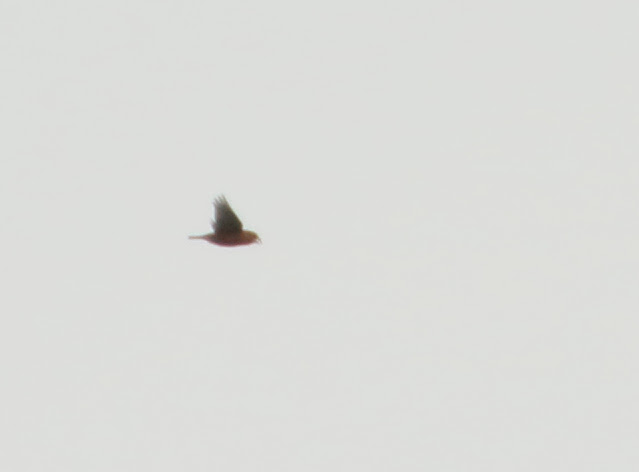 It's a Red Crossbill, my first self-found in the county, and 260 for the year.
Eventually enough grosbeaks went by that I managed a few pics of them too. 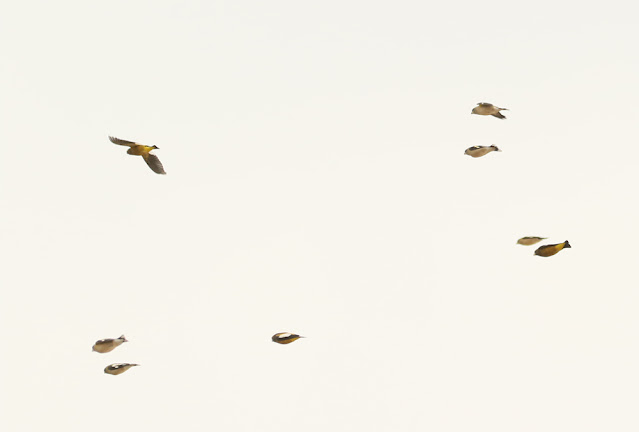 Finally a sharpie that whipped past. 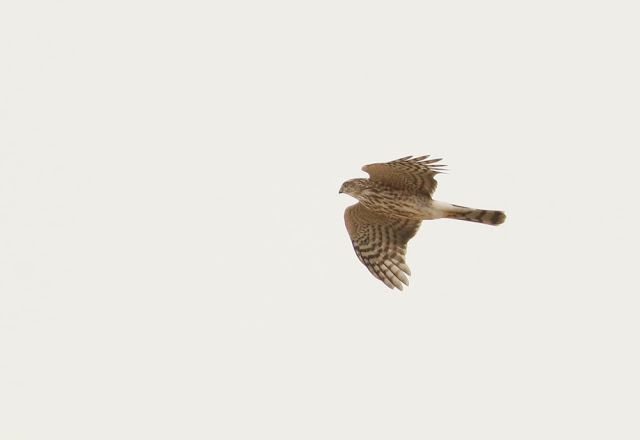