My group made our return to Ecuador earlier this month, this time focusing on the middle slopes east (rather than west) of the Andes.  Last year we encountered a ton of rain and I was hoping that being on the East side would shield us from the moisture from the Pacific Ocean.  And I wasn't wrong, the Andes did shield us from the Pacific.  However.  And this is a big however, they also provide a barrier to the moisture rising up from the Amazon basin, so we still had significant rain.

But let's hold off on the rain for a bit.  On the first day we drove out from the moderate elevation of Quito (it's "just" at 8000 feet, or half a mile higher than Denver) up into the heights of Antasana Reserve and checked some cliffs we checked last year for condors.  We struck out last year.  This year we were there an hour earlier by skipping some roadside we did last year.  And the condors were there.  At least two adults were resting on the cliffs along with a year old juvenile.  Within 10 minutes they took off.  I thought they would go right overhead, but after approaching they headed up the valley instead. 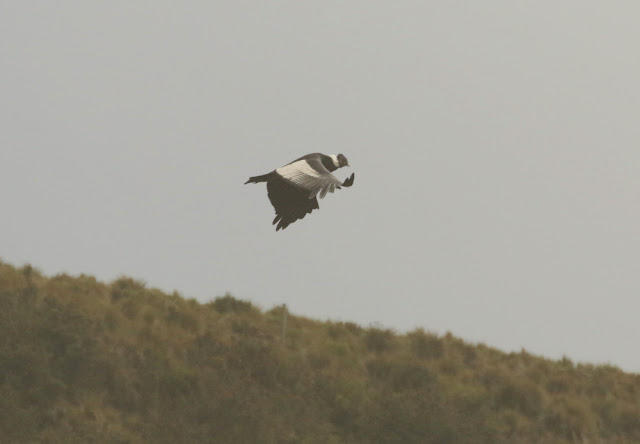 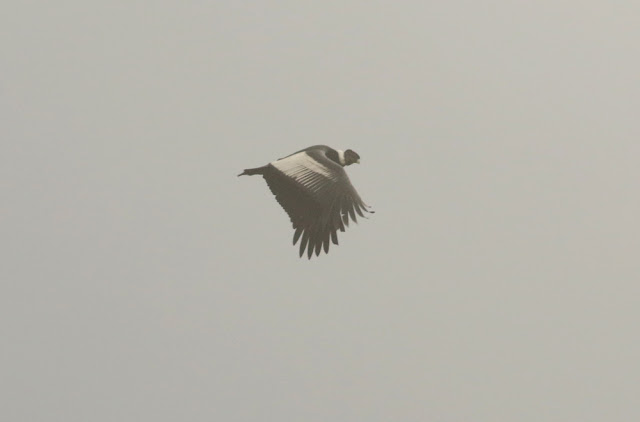 Check out the flexibility of the emarginated primaries. 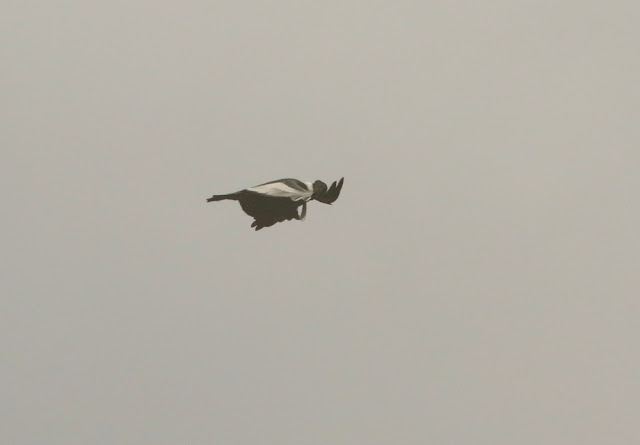 And wow are those wings broad. 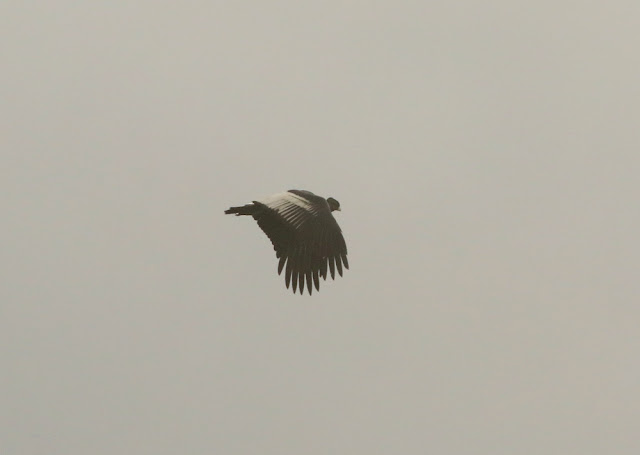 Long too.  My references on raptors says they can sometimes exceed 10 feet (California is more in the 9 foot range).  That book says they may not be all that closely related. 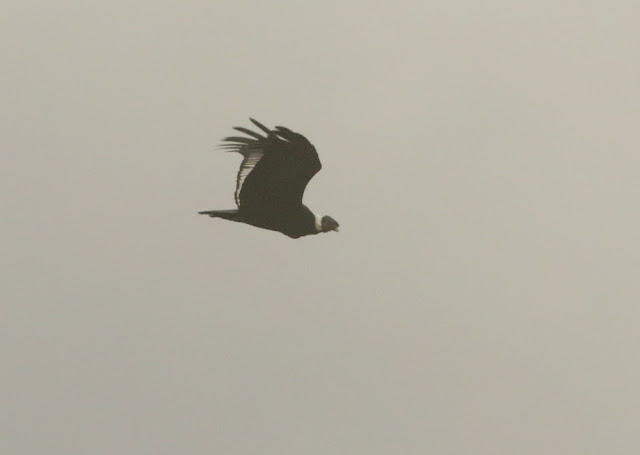 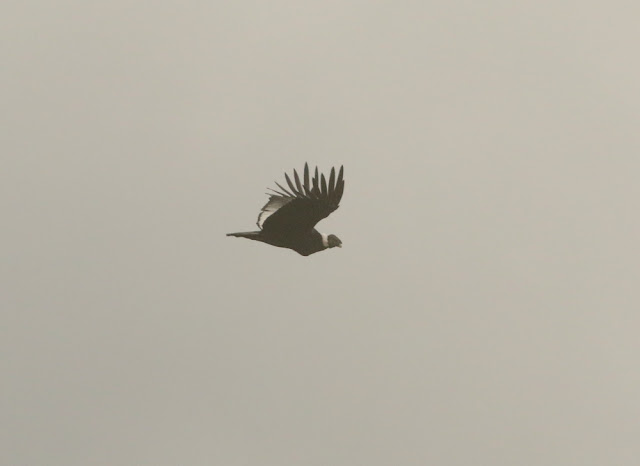 Our guide Alex said there's thought to only be about 60-80 condors in Ecuador so we saw a significant portion of the population that morning!
Posted by Matt at 6:32 PM