somehow that doesn't quite have the same ring to it, but a name's a name.

Black-chested Buzzard-eagle is a species I was hoping we would encounter last year in the highlands, but did not find.  This year we saw multiple individuals, including a couple only a few minutes after the condors. 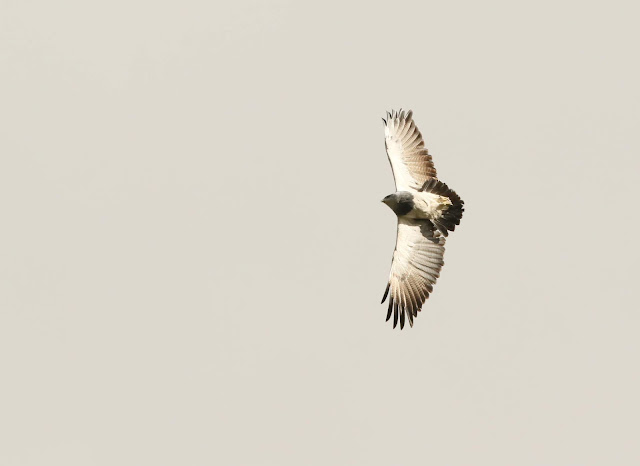 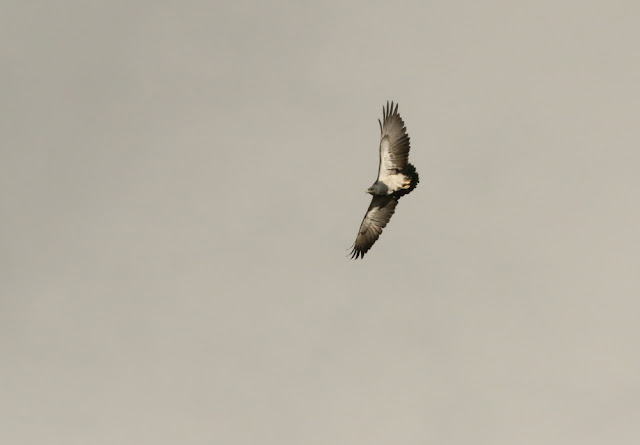 The combo of the hood, super-broad secondaries and very short tail make it look more like something from Africa than the Americas.  Given that South America and Africa were once connected I'd speculate that perhaps it shares a common ancestor ... though a quick google search says birds have existed 60 million years and those two continents separated 180 million years ago.  So maybe not. 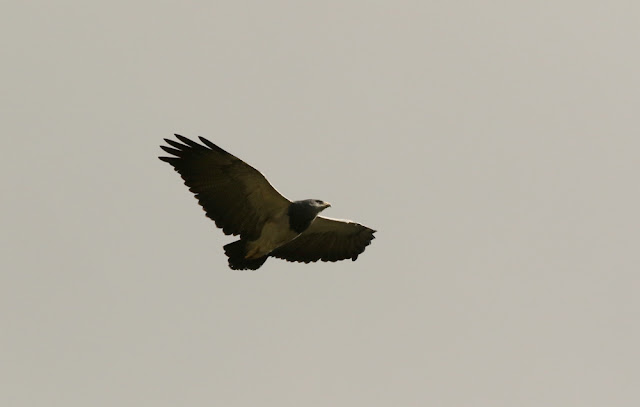 One last view of a distant Buzzard-eagle in front of the condor cliffs... 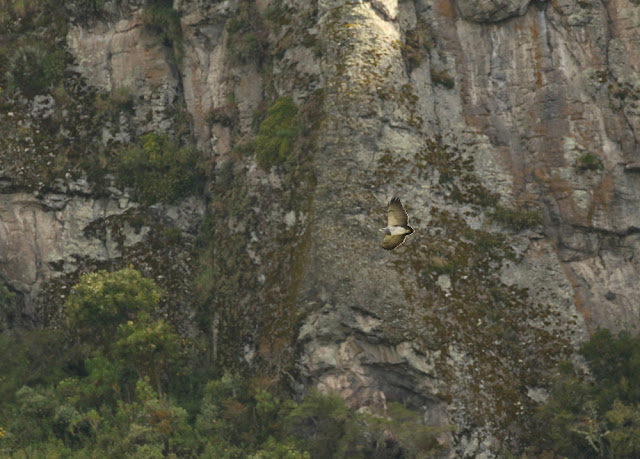