The final day of the cruise was mostly at sea again, as we exited the inner passage and headed down to Vancouver.

Black-footed Albatrosses were about in small numbers 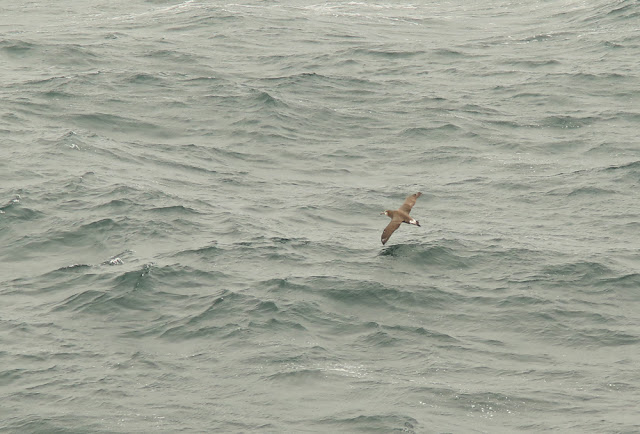 Very high winds were predicted and the decks were closed for fear that people would blow away I guess, so I was lucky to be able to watch from the cabin.  I heard that the captain deviated the planned course considerably inland to avoid the worst of the wind which also likely limited the pelagic opportunities.

I didn't see many shearwaters at all.  This one is Sooty.  I probably saw a Pink-footed Shearwater, but only once and very distantly. 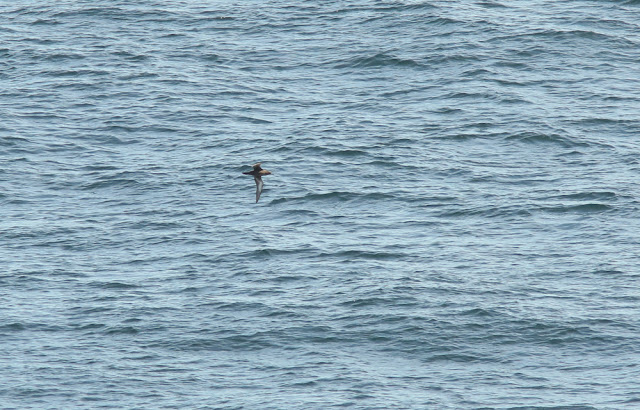 Rhinoceros Auklet is technically a puffin and after traveling about 800 km south of where we started it had replaced its more northerly cousins. 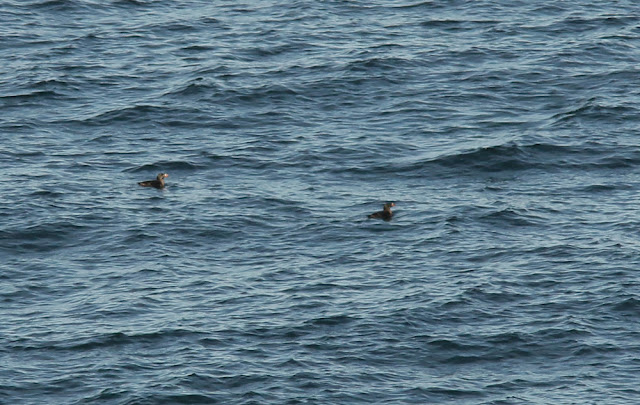 Finally another lifer, a Killer Whale 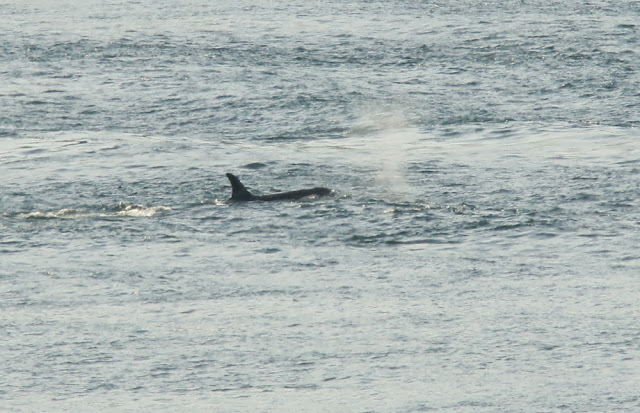 There was a small group of them and there was definitely a sense of awe around this apex predator.  Most of the (presumed Fin and Humpback) whales we saw moved very slowly and quietly through the water.  These animals cruised and turned rapidly, leaving large boils in the water.  While they behaved a lot like dolphins they were a lot more menacing given their size.
Posted by Matt at 11:00 AM