Up until today I've had no luck this year with Summer Tanager.  Most people got one of the pair that at least temporarily set up shop next to the picnic area in Warren Dunes.  I checked there several times and have struck out.  I've started working my way down the other blow-outs over the last week or so.  Last week I walked the northern-most one in Warren Dunes, best accessed from Weko Beach.  Today I walked both the two northern-most and in the 2nd started hearing a Summer singing from the very top.  I walked all the way up and eventually got a visual on the bird. 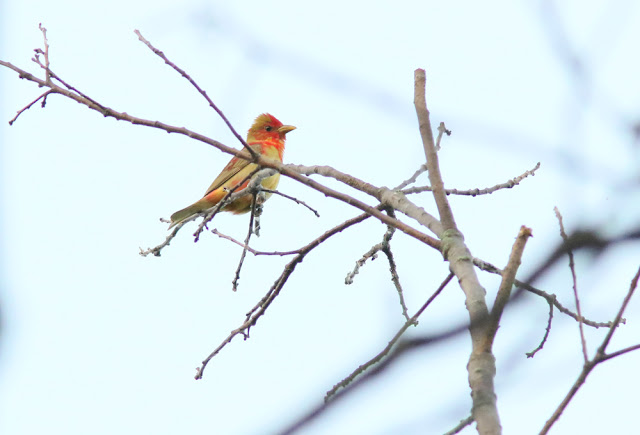 It's a one-year-old bird as evidenced by the transitional plumage.

As usual, Prairies were singing in each blow-out. 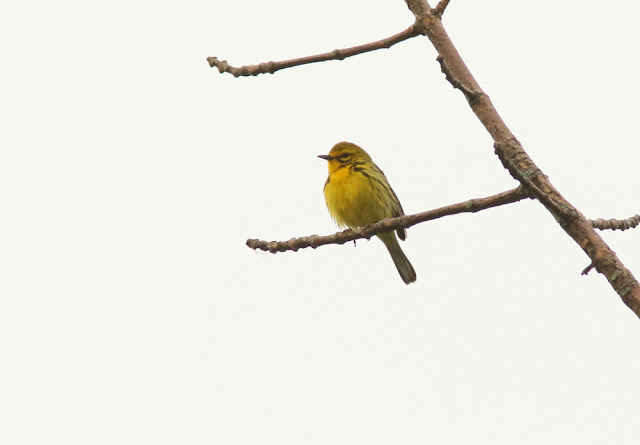 This is not a Blue Grosbeak. 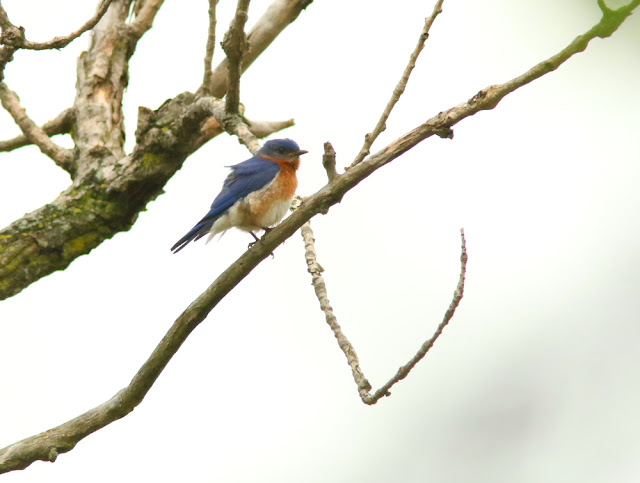 Orchard Oriole, like Summer Tanager, is a bird that can be missed in the spring but can be tracked down in June.  This one was singing in the south county yesterday not far from some blue flag irises at Dayton Prairie 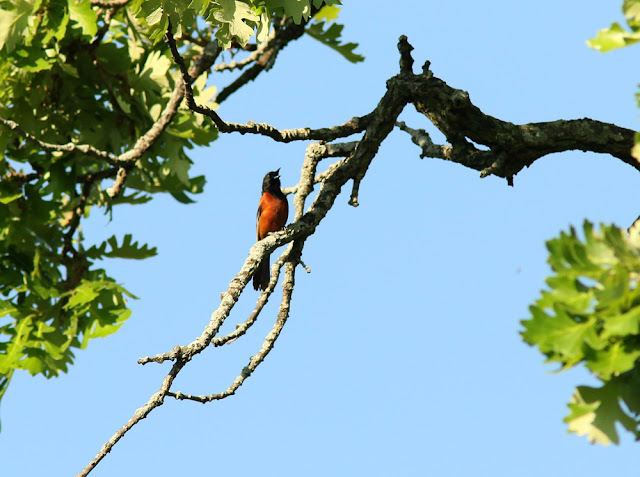 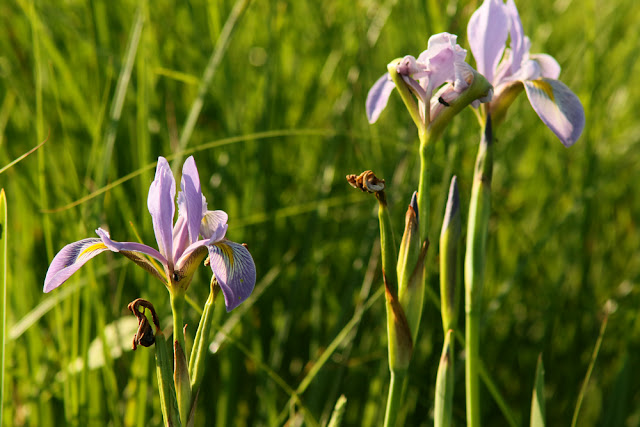 Finally a look at one of the Worm-eating's on territory. 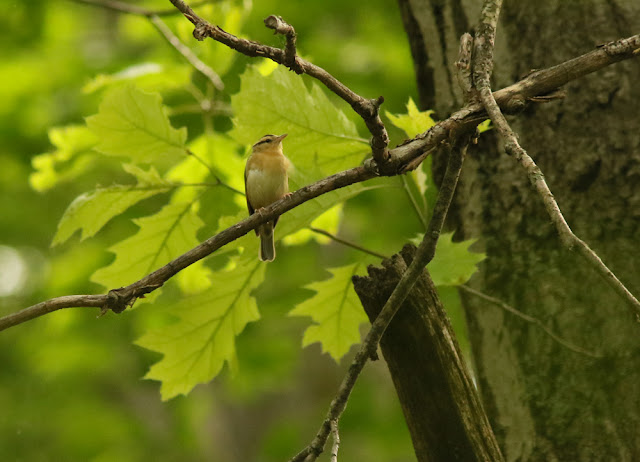