After spending the morning working the road into Rio Silanche, we walked a short trail to a canopy tower for lunch and an afternoon sit.  Birding was fairly slow, as might be predicted at midday, but it was steady and ultimately very productive.  A Scarlet-rumped Cacique was nesting a couple feet from the tower. And while we thought that we'd found a cure for warbler neck by putting the treetops within 15 degrees of eye-level, a bunch of Plumbeous (with a few Scissor-tailed) Kites reminded us that birders could be on the space shuttle and they'd still be looking up. 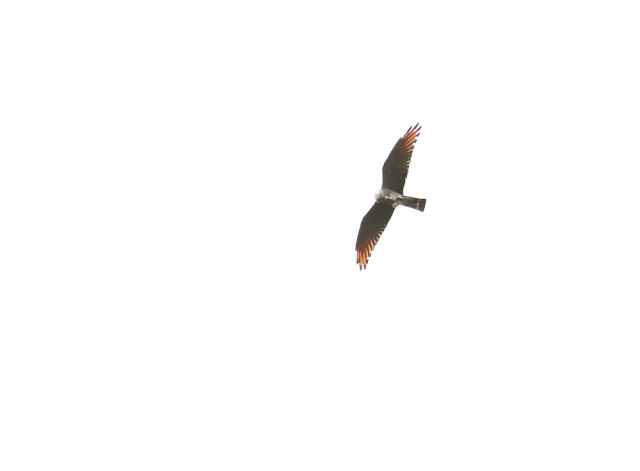 But other birds were more cooperative.  I've never had a Masked Tityra (this is a female) below eye level. 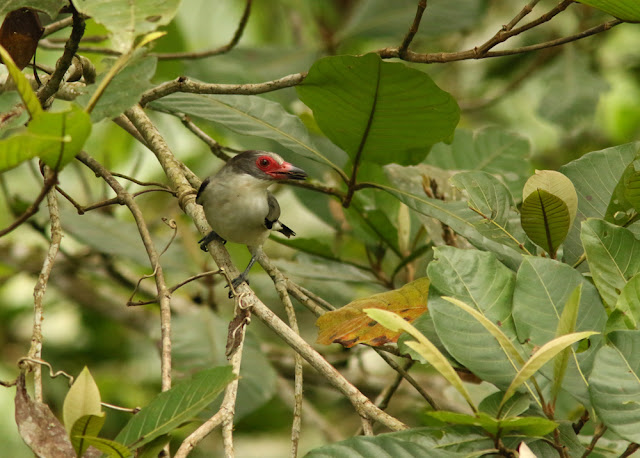 Barred Puffbird was a bird we saw backlit in rough light in Panama; this was a much cleaner view.  The pic doesn't give you a sense of scale, but in life it looked practically kingfisher sized. 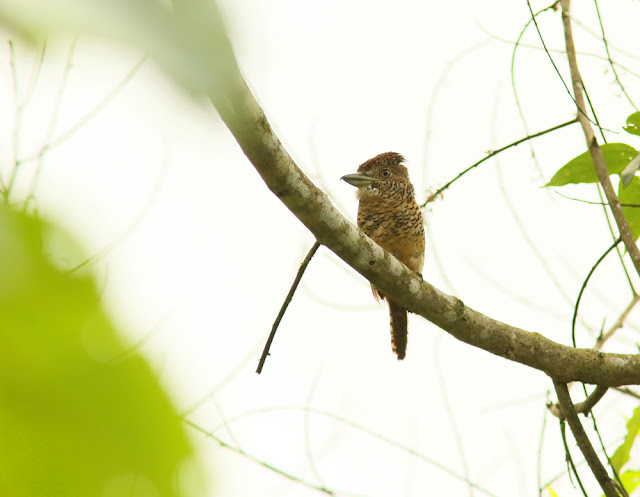 Bronze-winged Parrot was a bird we saw several days as flyby's.  You just don't see many blue and pink birds.  (So why not name it for the brown wings?  I can't think of any birds with brown wings). 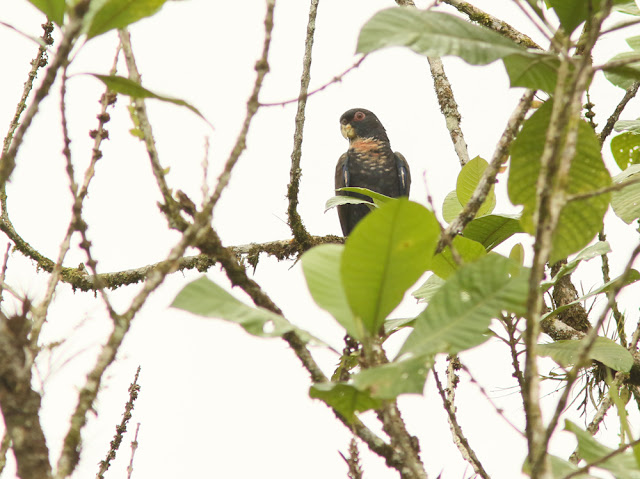 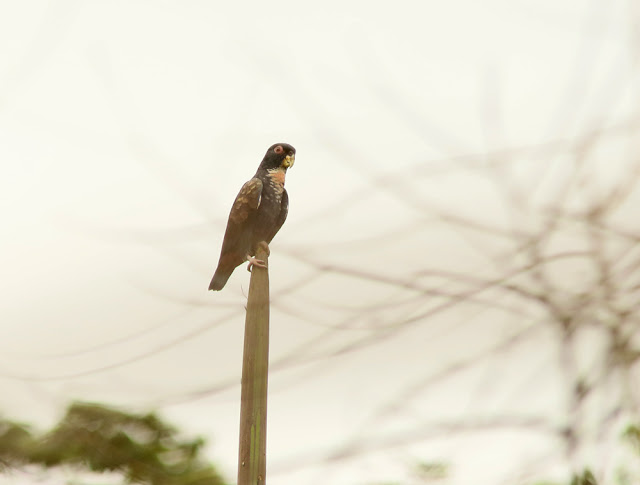 I didn't realize that Jose was playing a tape for Orange-fronted Barbet so I was pretty excited to see this bird fly in. 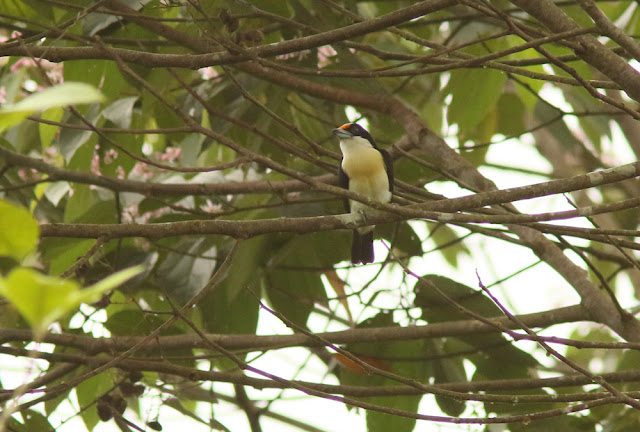 We spent a decent amount of time studying a distant fruiting tree that had a lot of different tanagers and dacnises cycling through it.  One was a female Scarlet-browed that I couldn't recognize for the life of me.  I kept asking where it was in relation to the Lemon-rumped before finding out the Lemon-rumped was the Scarlet-browed.  So I was pretty happy when it (or another) appeared much closer. 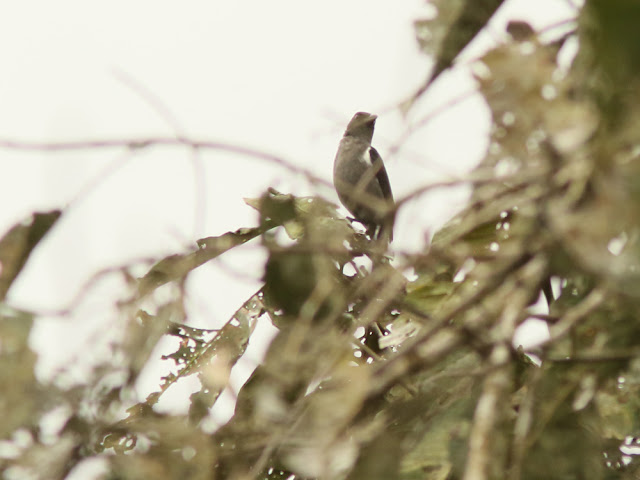 Finally an Aracari whose identification is easier (but forgotten for the moment). 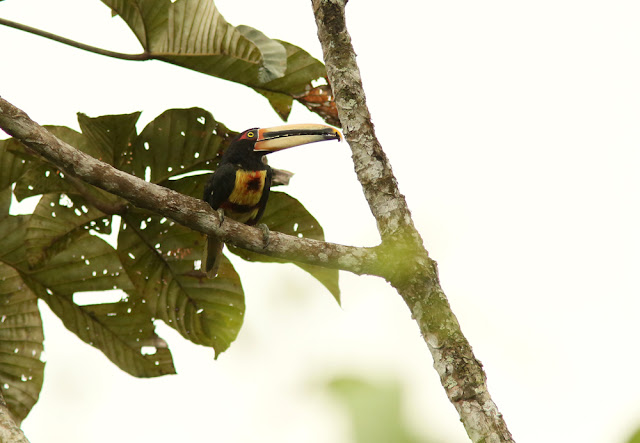