less rain in the clouds?

Our first day at Tandayapa was probably the one most impacted by the rain.  We mostly birded from the shelter of the various porches about the lodge in the morning.  About midday it started to lighten up and we ventured out into the grounds. 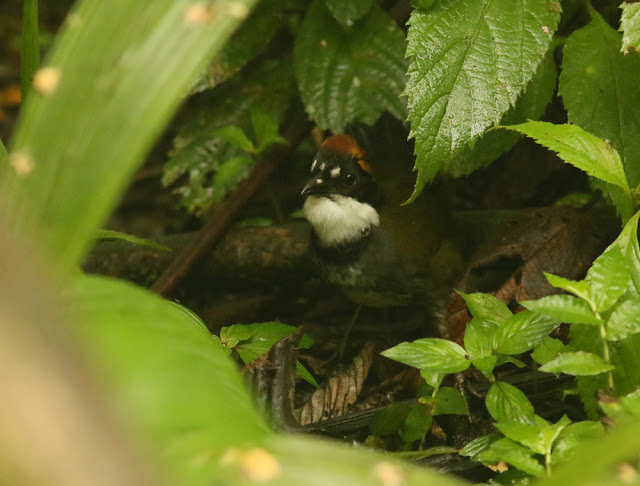 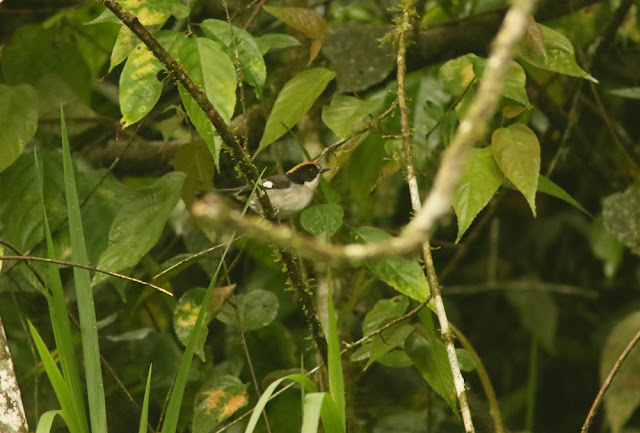 The highlight of this little walk was probably everyone's best ever view of Barred Becard. 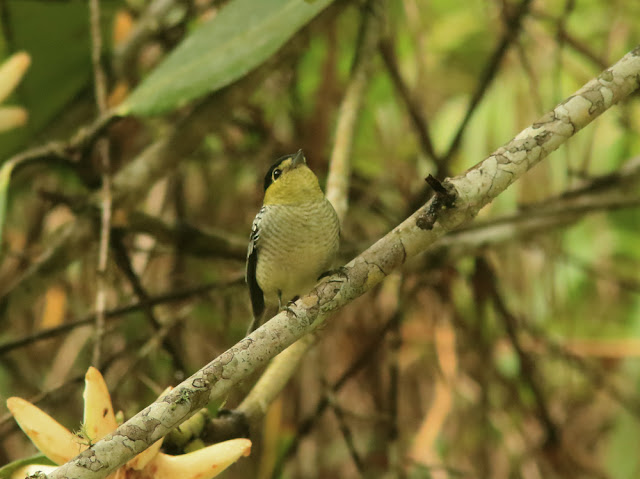 But the rain wasn't gone long and soon we were birding from beneath raincoats and umbrellas again, though this Thick-billed Euphonia was from another of the porches. 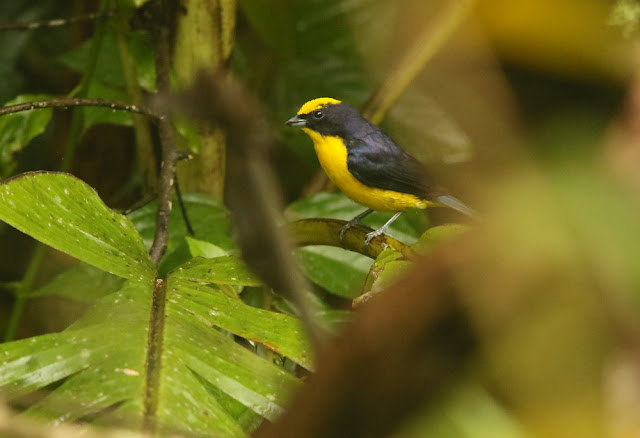 After lunch we headed out in the bus to some higher elevations (the Upper Tandayapa Valley).  There was less rain, but the clouds and mists were a lot denser and some treetop tanager flocks were more frustrating than they were satisfying.  Plate-billed Mountain-toucan was at least easier to identify, even if rendered more or less colorless by the "light".  (It's blue). 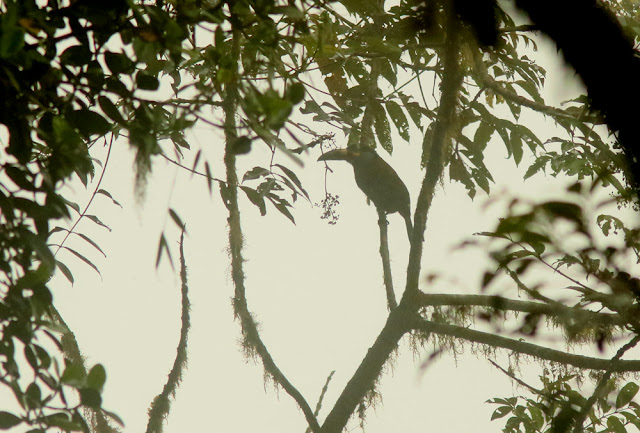 We struggled to find and see birds.  A giant earthworm was probably the most memorable thing encountered. 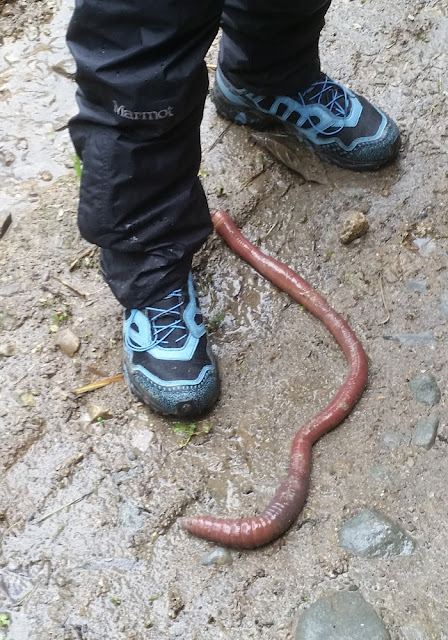 Our guide heard a fruiteater or two, as well as a distant quetzal (that we would spend a lot of time walking rainy roads listening to Jose whistle for over the rest of the trip), but the birds weren't being super visible.  I think my ISO was probably 10,000 for this Striped Treehunter, a bamboo specialist in a fairly narrow elevation band. 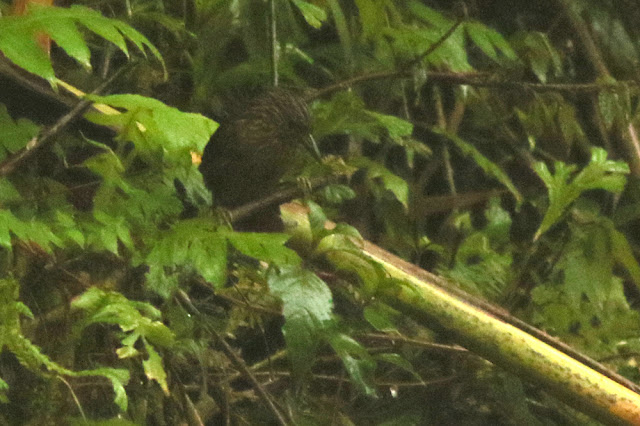 Masked Trogon was as close as we came to either of the quetzals. 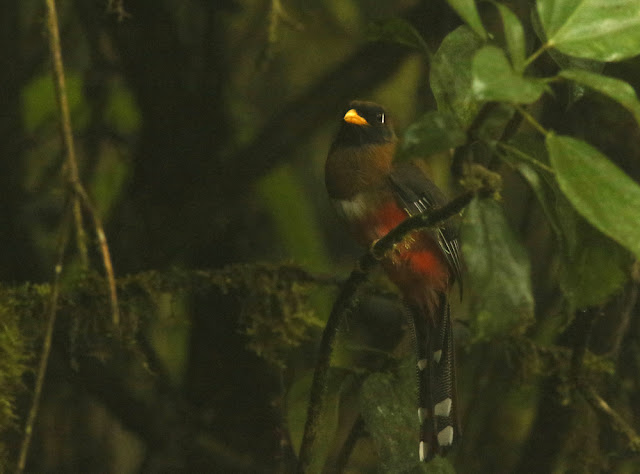 Finally a view of Wattled Guan, a bird Jose picked up as we drove back to the lodge at last light. 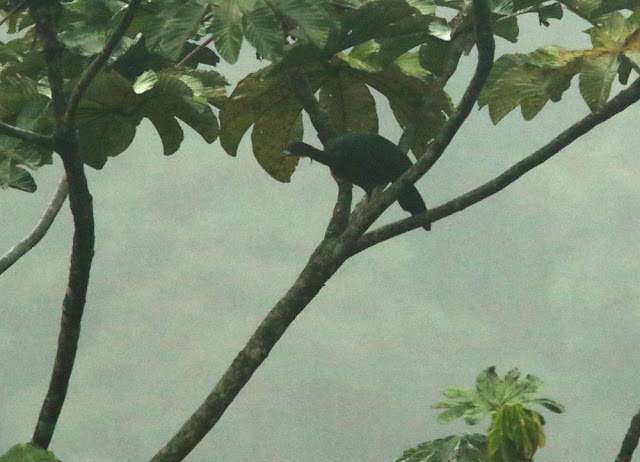