Barrow's Goldeneye is not a bird that I expected it to take over 10 years to find in Berrien.  In fact, I don't know that I've ever seen one except in Yellowstone. 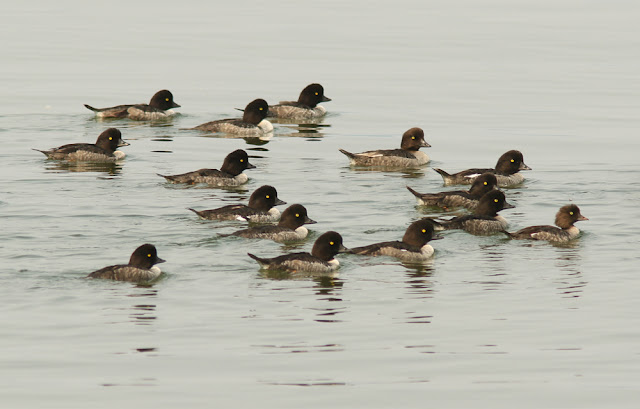 That vertical forehead and peak of the crown in front of the eye is very different from Common's triangular head.  I've always thought the goldeneye have bigger shape differences than do the scaup.

A Western Grebe appeared in a small pool on our first day. 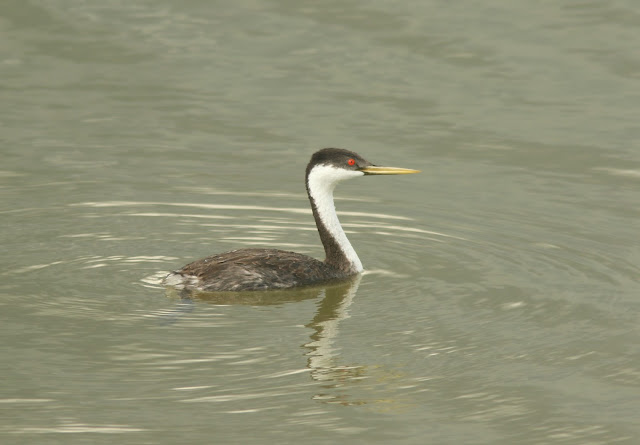 This young Gray Jay was the first one I've seen with an SLR. 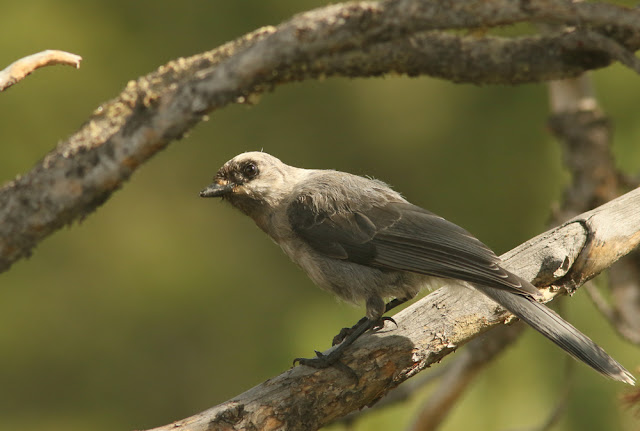 Finishing off a few other folders are a few more small mammals, first Yellow-bellied Marmot 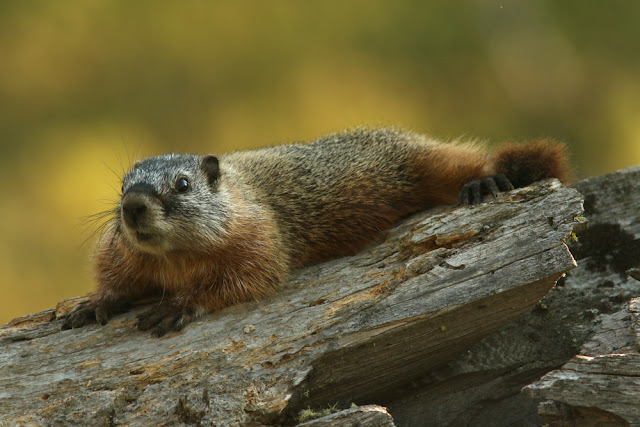 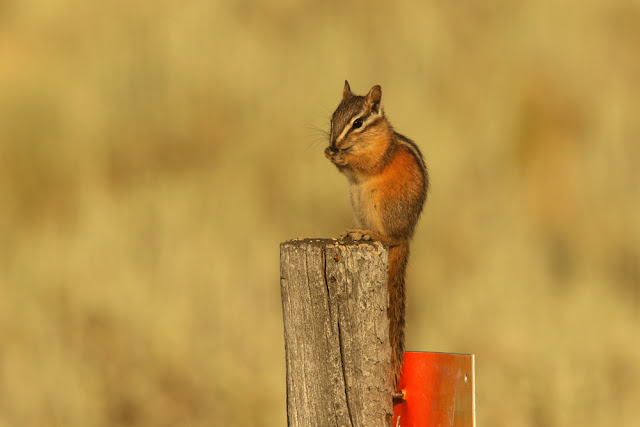 And finally the kids' second favorite animal of the trip (behind the pikas), Uinta Ground Squirrel. 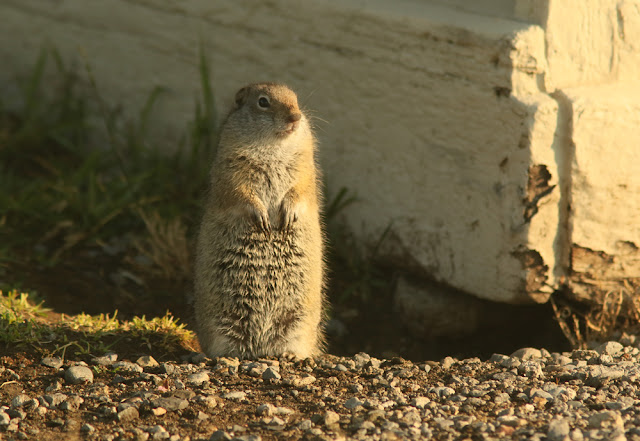 I think they named this one Mushroom, though I believe Stumpy was considered as well.
Posted by Matt at 10:54 AM