a Knot and a Cal Gull

not bad for a quick evening chase.

Both birds have been around in the county.  Tim's had a couple knots at Tiscornia and Kip had one at New Buff earlier this week.  Two different California Gulls were photographed in the last 2 days at New Buffalo and Warren Dunes respectively.

I thought about checking New Buff earlier today but heavy winds made me wonder if there'd be much on the beach so I held off until the evening.  I didn't see the knot on the way out and walked up the beach to scan the Herring Gull flock after passing a monoculture of a Ring-billed flock.

I'd almost given up when a smudgy-headed, dark-eyed, pale-billed bird poked its head out from behind a Herring.  It walked into the open a moment later showing off grayish-yellow legs. 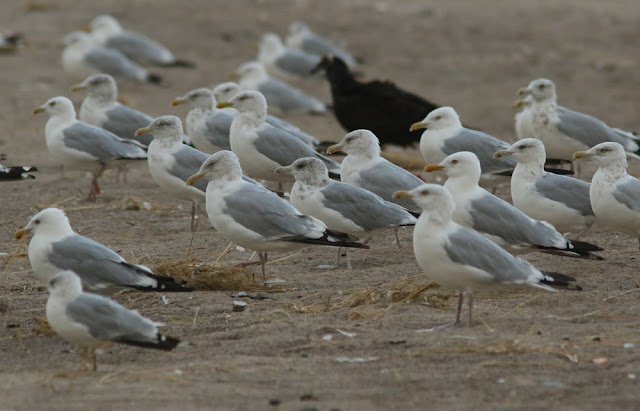 I tried to doubt myself when it stretched its wings; it seemed like it had less black than I expected in the wingtips. 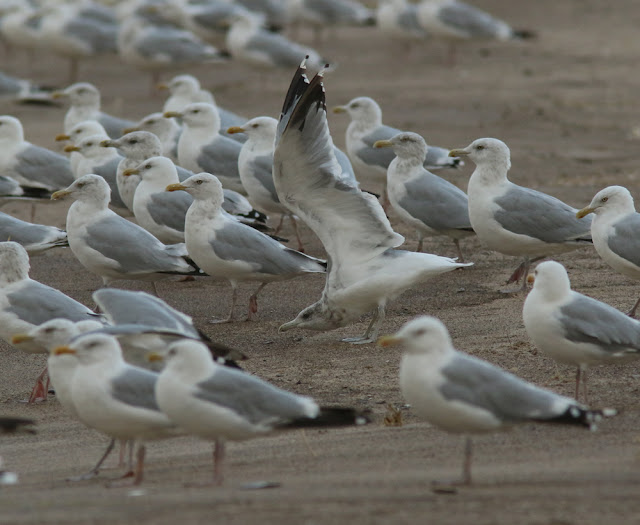 Closer examination of the spreadwing shows that P9 is barely out of the primary bases which probably accounts for this. 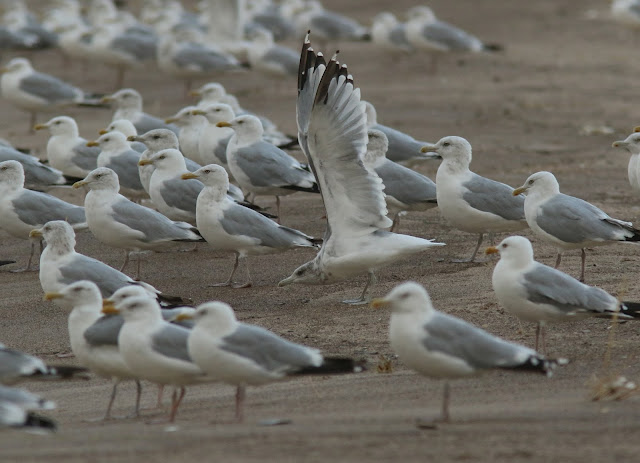 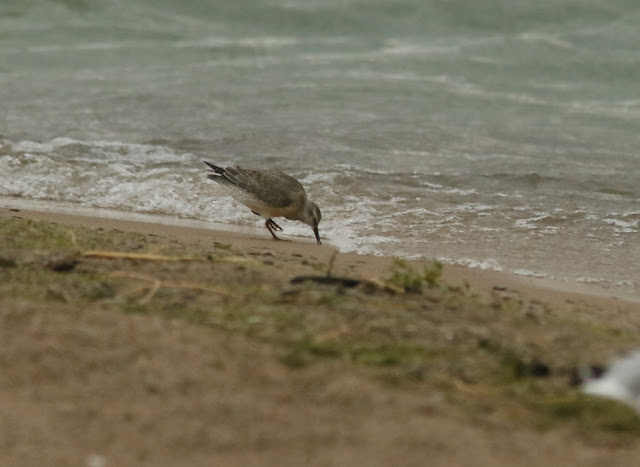 Finally a shot of a bird that's a little less uncommon here; one I would expect to probably get as opposed to probably not get, a distant Little Gull that flew by Tiscornia earlier today. 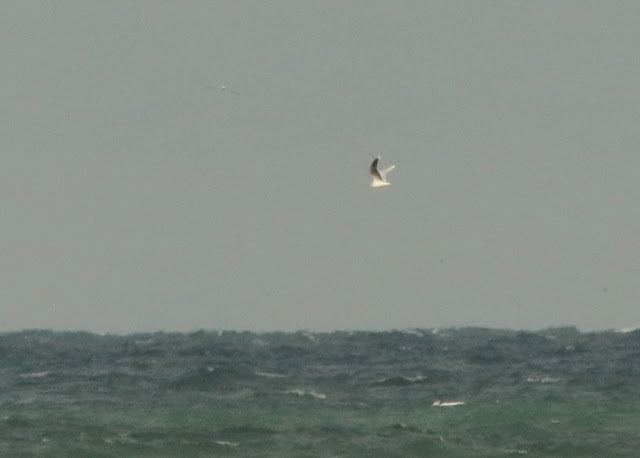