the biggest deer and the littlest

Since the fires burned much of the mature spruce forest that the moose browse in the winter there's apparently only about 300 moose left in Yellowstone, similar to the number of grizzly bears.  I'd mostly given up on seeing one but on the last morning Ginger spotted one bedded down by the side of the road. 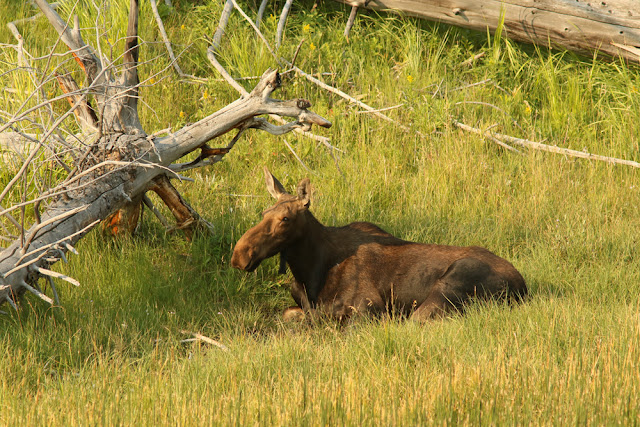 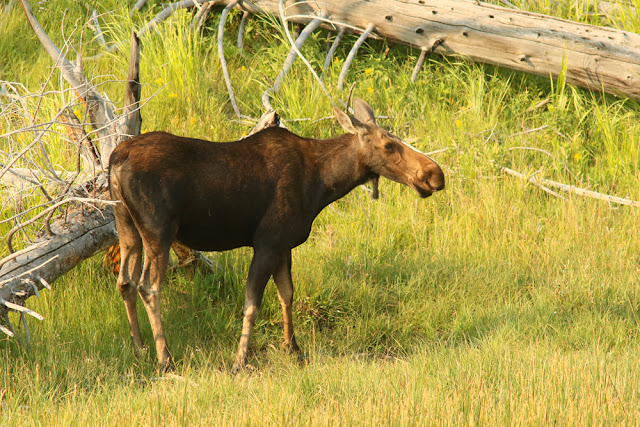 She had 2 calves bedded down a few feet away.  I was surprised an animal the size of a moose would have twins but I suppose bears generally do too. 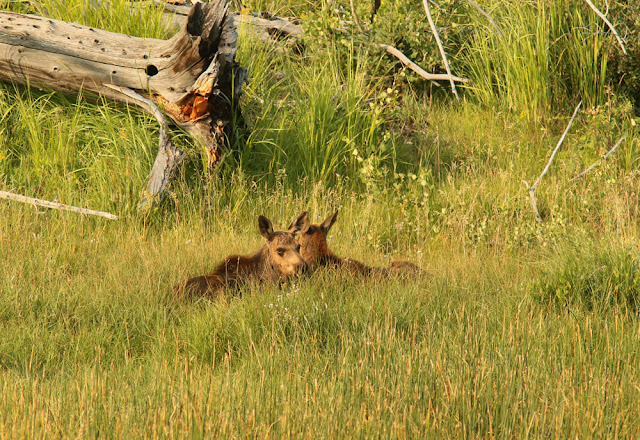 After about 20 minutes she led them away. 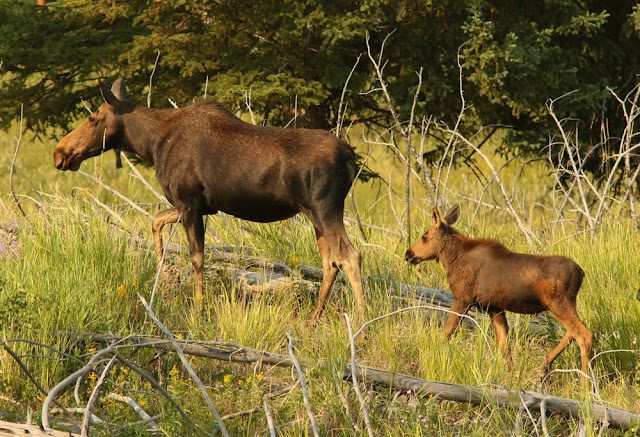 Much smaller than the moose calves were these mule deer fawns, the only mule deer of the trip. They'd bounded across the road about 10 miles earlier. 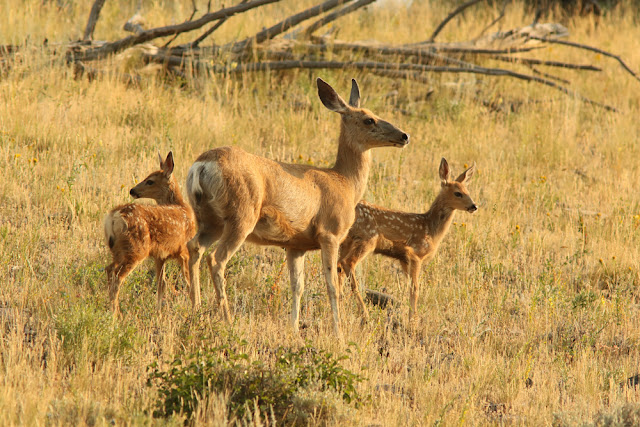