We did a couple roads on the back of a half-truck type vehicle, basically a flatbed truck with a bench facing out on each side with a railing surrounding.  It was a pretty good set-up and allowed us to cover some road edges much quicker than we could have walking.  The birds also allowed a much closer approach; they saw us as a part of the truck and permitted a remarkably close approach.  We drove within feet of this White-necked Puffbird. 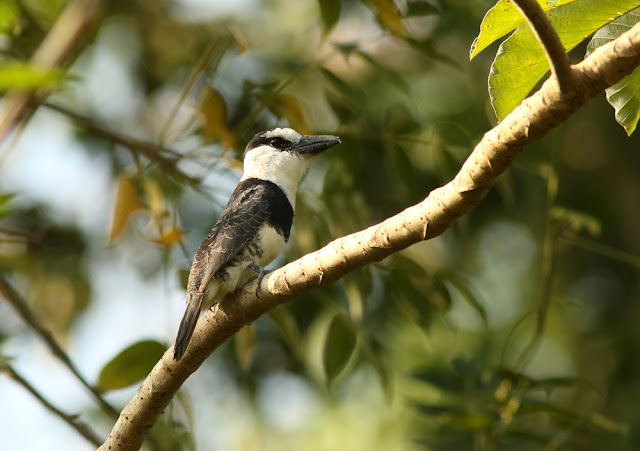 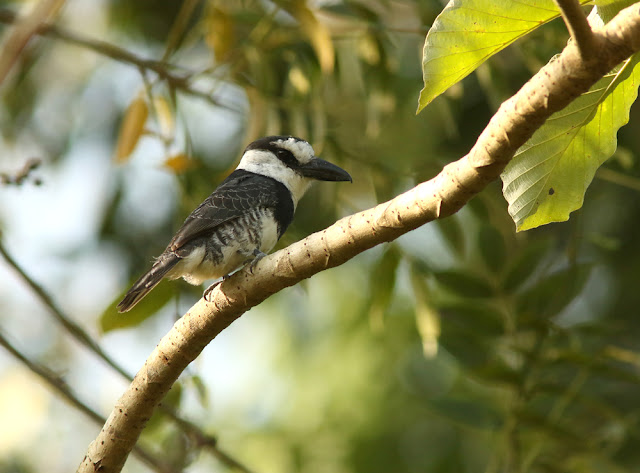 And even closer to a Roadside Hawk we didn't see until it was on top of us. 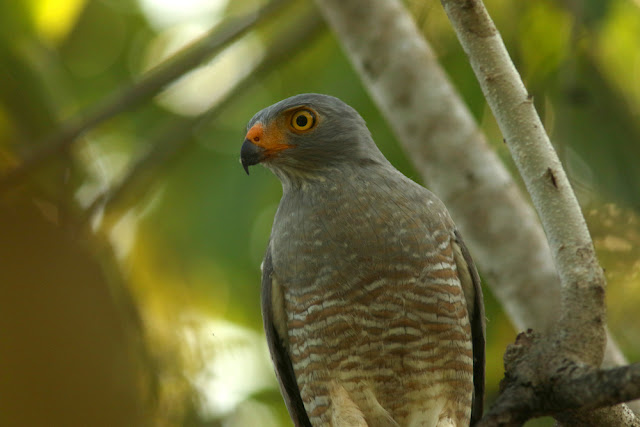 We did do some walking and it was on foot when a male Blue Cotinga appeared atop a tree.  The first one was a young male, and a nearby Blue Dacnis caused a little confusion when the two-bird theory turned out to be true.  A full adult Blue Cotinga then popped up and quickly absorbed the attention of the telescopes.  One of Rhoda's digiscopes... 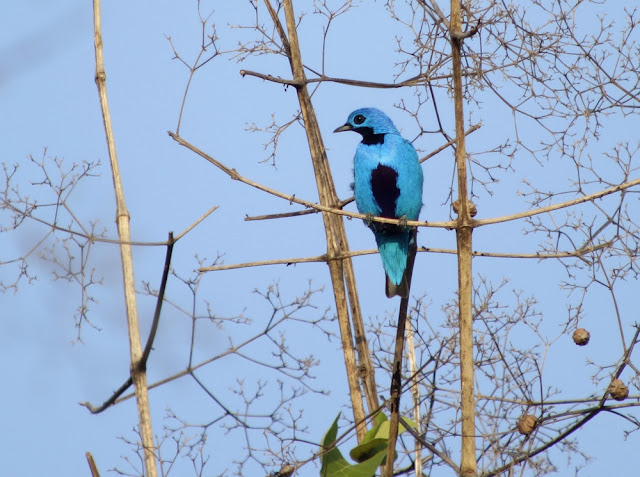 A couple of us had briefly glimpsed a Blue Cotinga on the very first day and as localized as it was on the first Panama trip I was surprised we got another crack at it.  It turned out we'd see one most days though.

Cathy spotted this next bird. 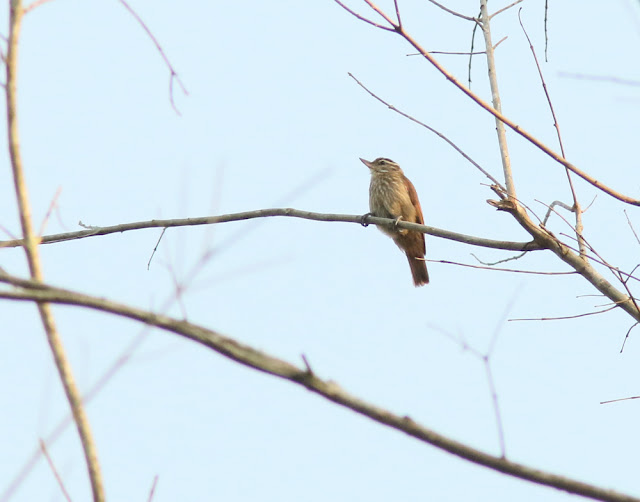 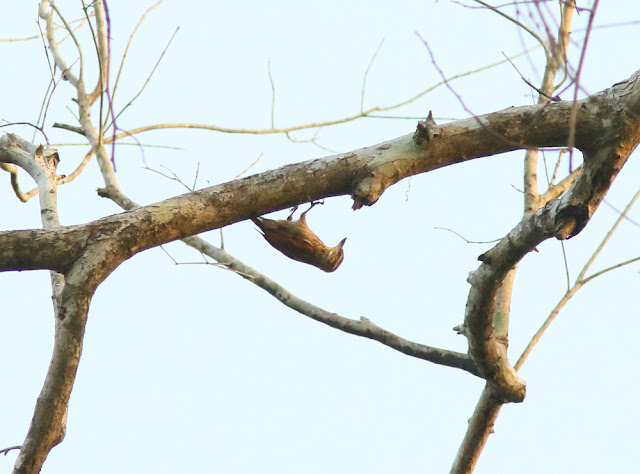 It's a Streaked Xenops.  The Costa Rica book describes it as rare and the Panama book as very rare so I was really excited to see it.  I certainly didn't expect it.  I suppose though there's a ton of birds that are uncommon and you'll have your share of luck on a couple.

Not quite as rare would be Three-toed Sloth. 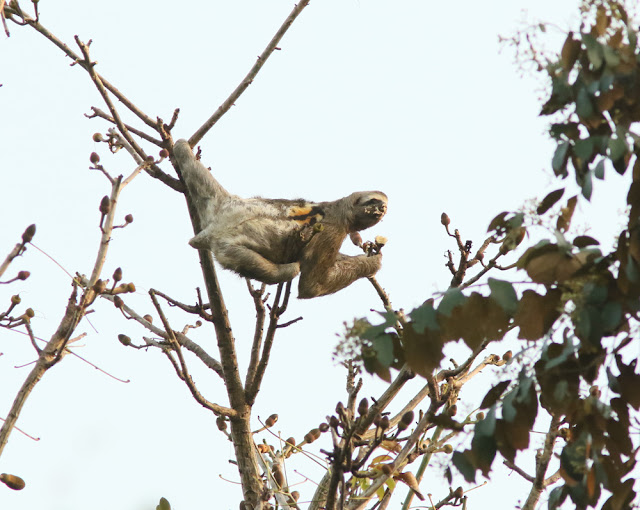 He peeked over at us when Domi quietly whistled Harpy Eagle which would have found a pollen-dusted sloth quite appetizing.