So I mentioned that the 2nd place we stayed had hot springs, with pools a person could lounge/swim in of varying temperatures with some of the water from the nearby stream.  Chlorination? What chlorination?  The water couldn't flow through and be returned to the stream if it was chlorinated could it?  The pools were very nice, it was relaxing to float, listening to manakins snap, aracaris ratchet, and gray hawks lazily float by.  We spent most of the afternoon doing the spring break pool thing, joined occasionally by Gray-necked Wood-rails.  The proprietor said no one ever had a problem with the water.

Well.  That night some mild cramps turned into intestinal unpleasantness, shall we say.  I took a Cipro and an Imodium and was fine.  I walked out the next morning as the sun rose and was flabbergasted to see a Sunbittern just walking along at pool's edge. 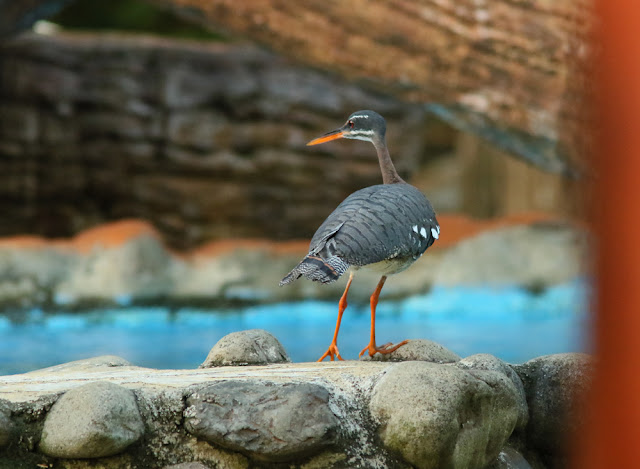 I'd never noticed the slate and tan tailband before. That would be a cool feather to have.  I've been fairly lucky with them, having seen one already this year in Panama, and a handful more last year at Rancho.

The Wood-rails were also walking about. 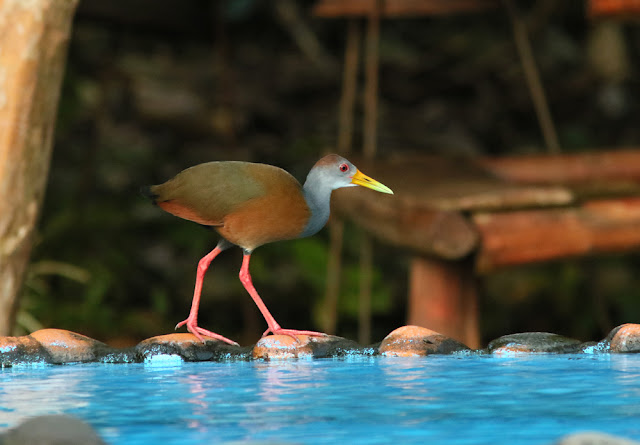 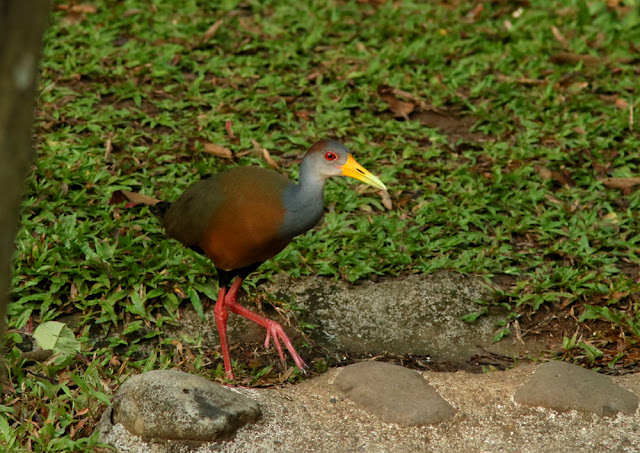 Unfortunately I returned to the room (technically it was a treehouse) and found that Ginger had gotten sicker than I had and Hazel even more so.  Hannah, who is as averse to putting her head under the water as I am if not more, was unaffected.  It was not a terribly fun day.  The lady who ran the place assured us that no one gets sick (though I noticed they drained the pool we were in and were scrubbing it down the next morning) and that their water was totally safe.  We boiled it anyway.  It's a pain in the butt to boil water, and then let it cool down to (tropical) room temperature before drinking, a process that we repeated a few times.  You're not really supposed to give Imodium to kids, but as I watched Hazel dehydrate I started shaving pills down and giving her a quarter pill at a time; I would totally give IV fluids to a kid who looked like she did.  I drove into town and went to 3 different pharmacies (getting to exercise the old high school Espanol) to get a 2nd kid friendly antibiotic since she didn't initially respond to the Augmentin I'd brought and you're also not supposed to use Cipro in kids.  I bought a bunch of juice and soft drinks too.  Long story short she started perking up by evening and was basically back to normal the next morning, but it was frustrating to be at essentially a waterpark and not be able to go in the water as well as more than a little bit scary.  Oh well.

We went out that evening as it cooled off to show the kids Blue Jean Frogs, one of the poison dart from flavors that were quite common there, 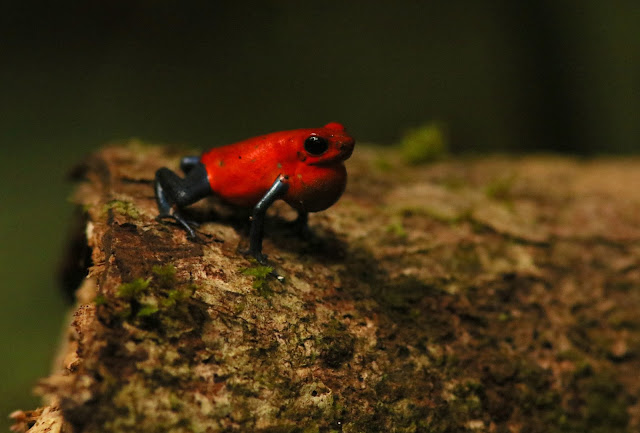 as were White-faced Capuchins, the kids' 2nd species of monkey. 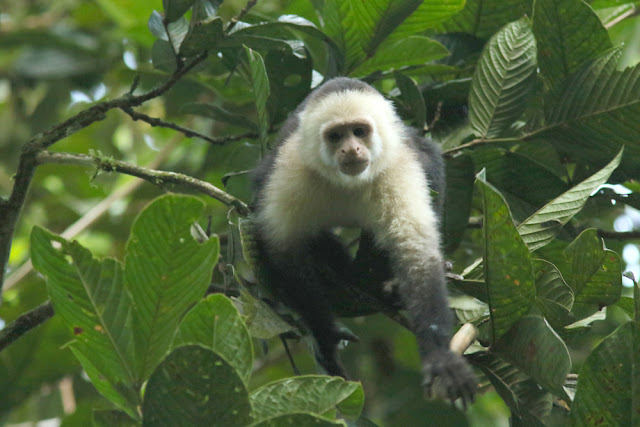