Last post from the El Cocorro hummingbird garden.  When we stopped there at the very end of our trip 4 years ago it was raining, lightly initally, and heavily by the end.  We didn't stay long and I was disappointed by not being able to stay longer.  So the late afternoon/early evening sun when I returned there this spring was probably the photographic highlight of the trip.

Green-crowned Brilliant is another of the mid-elevation hummingbirds fairly common in Costa Rica.  I think this is the northern-most of the Brilliants.  The male has a fairly distinctive posture with a somewhat almond-shape head and relatively short bill. 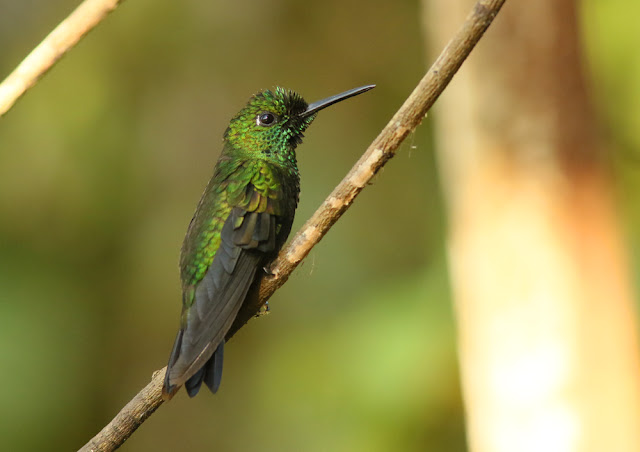 With the right light a little blue throat patch lights up, as does the green crown. 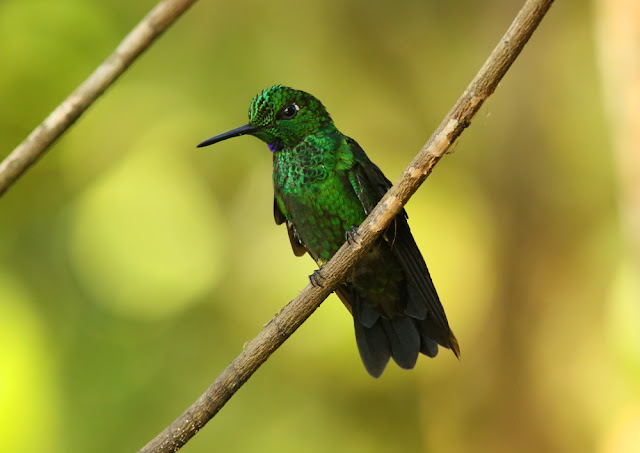 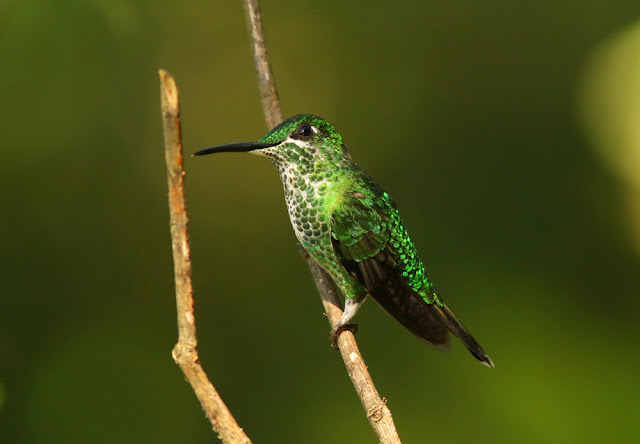 The white stripe between the malar and the cheek is a good mark for her.

The immature male has an orangey malar stripe (and throat) 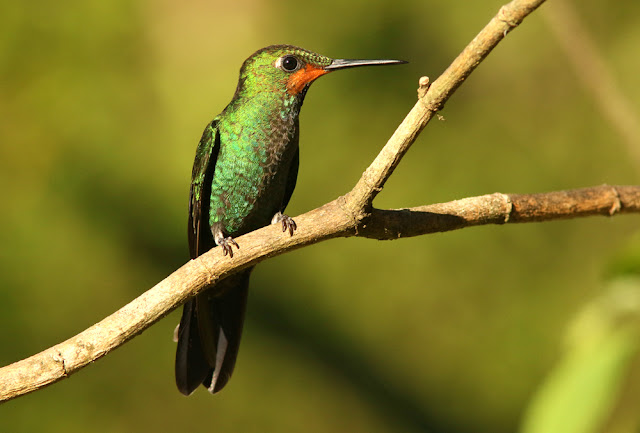 The Brilliants had a fairly distinctive feeding posture.  Sometimes they would hover like most hummingbirds, other times they would somewhat perch with beating wings as they curved their body around the lip of the feeder. 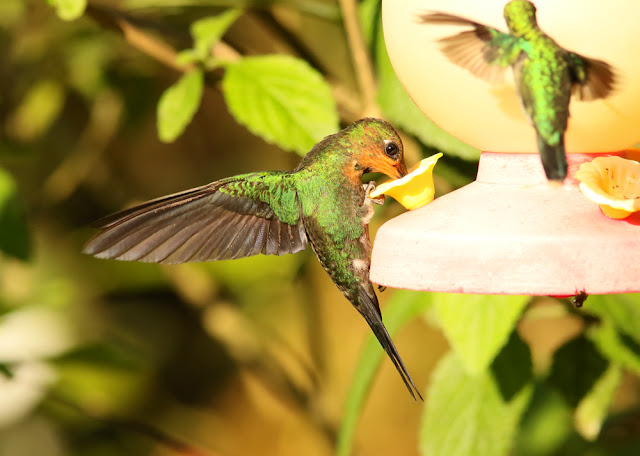 I don't know if they adopt that posture when feeding on actual flowers.