The second day of the pelagic had similar (mercifully rather light) winds, though out of the same direction meant less chance at a rare petrel.  Audubon's Shearwaters showed much better on the second day however.

These (fairly small) shearwaters seemed weaker flying and less dramatic than the Cory's or Black-capped Petrel and didn't usually mount up as high in the air as they skimmed about looking for Sargassum weed. 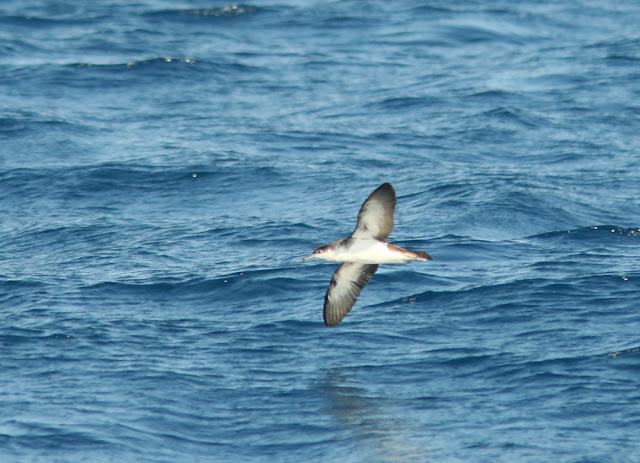 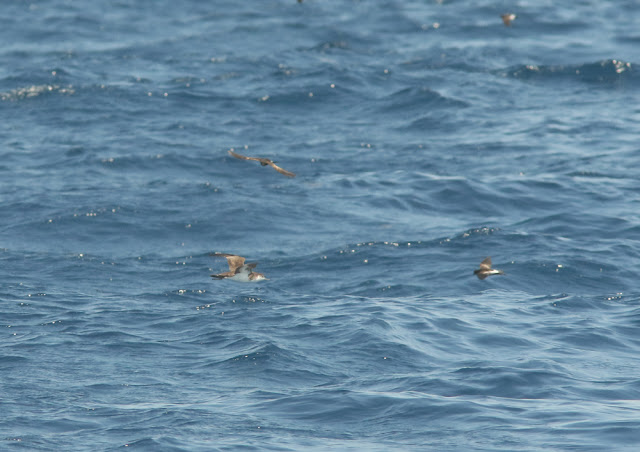 I'm not actually sure what the top bird in the above photo is.  Probability says a Wilson's that's just a lot closer than the other birds, but it kinda gives the impression of a bigger species.

Here's the Audubon's swimming in some Sargassum patches.  It would dip forward in a motion halfway between a dive and a dabble to look for the small fish and crustaceans found in the tiny islands of vegetation. 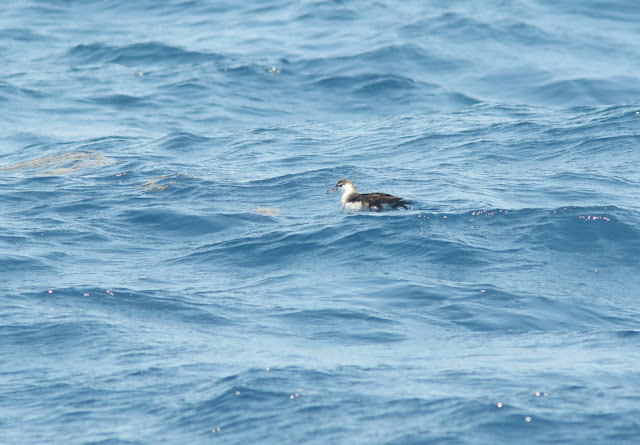 Oops, not a shearwater. 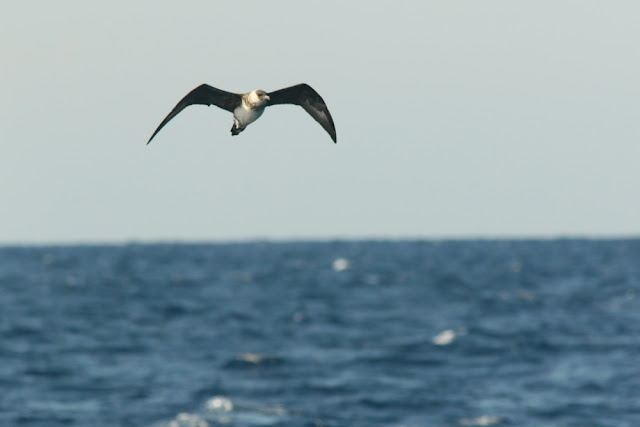 My second ever photographically proven Pomarine Jaeger.  It made a single pass by the boat and disappeared.  On a few of their trips this year Poms have hung out practically all day in the chum slick, a somewhat mixed blessing as apparently the seabirds don't like them any more than our gulls do.

A few more shots of fairly photogenic Cory's from the way back in. 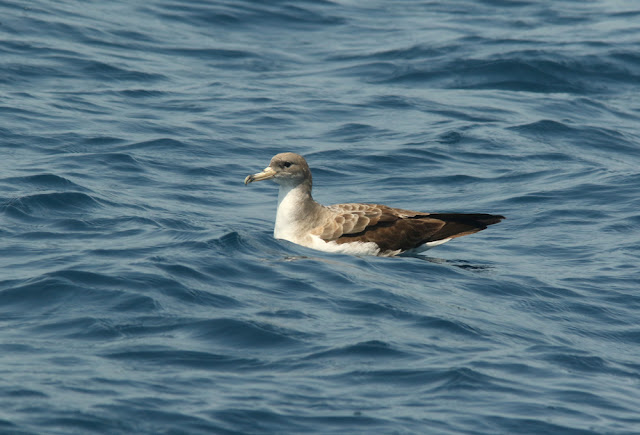 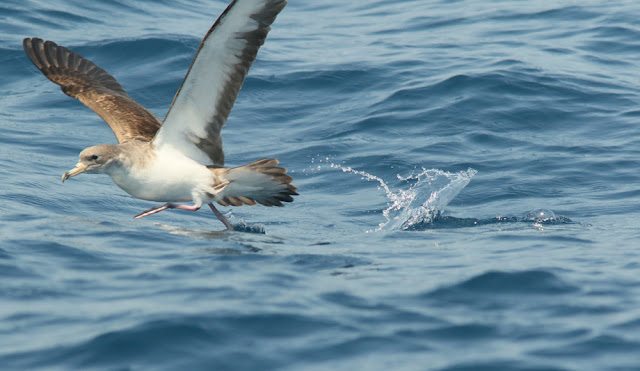 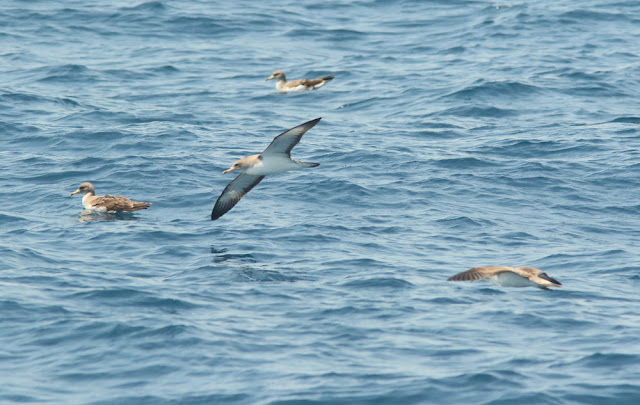 We briefly saw a Sooty Shearwater, but it never came close and I don't believe I came back with any ID-able shots of a species I'd seen once on a California whale-watching boat.
Posted by Matt at 3:53 PM