My three prior trips to Costa Rica have all been mid-winter, generally between late January and mid February; our trip in April meant that some of the birds making altitudinal movements would be in different places.

Brown Violet-ear was an apparent example.  In 3 trips I've never seen this species, though a couple people on one of the trips glimpsed one at Rancho Naturalista.  In spring, quite to my surprise, this short-billed bird was just about the most common hummer at Arenal. 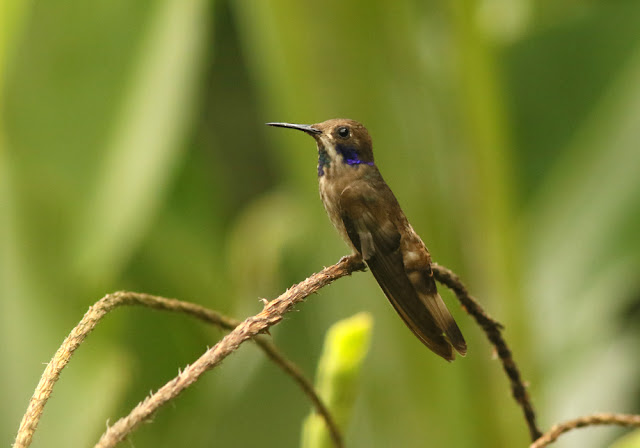 As far as hummingbirds go, this is no White-throated Mountain-gem, Fiery-throated Hummingbird, or even Green Violet-ear.  That being said, the bright beard and ears on a plain bird are fairly unique 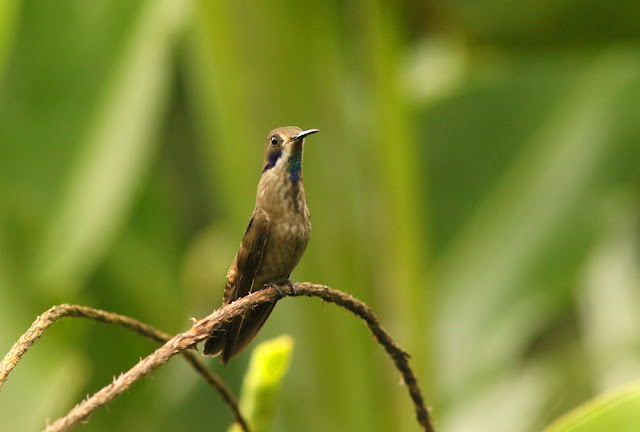 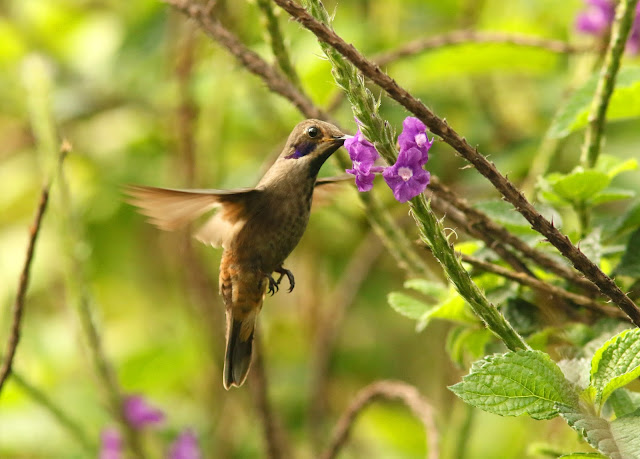 They shared the somewhat paler tail base with their Green cousins. 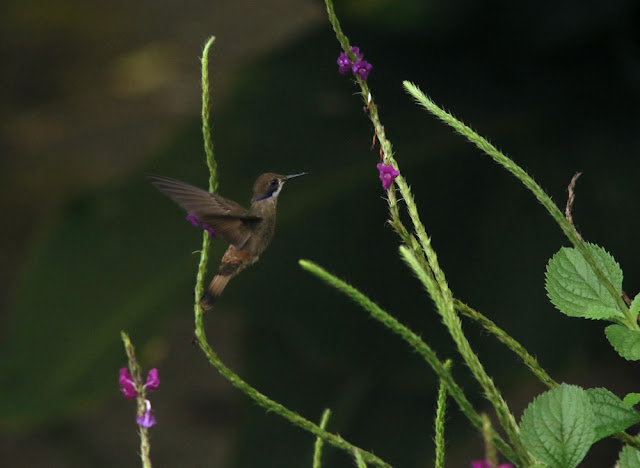 This was the first clear lifer of the trip; I'd glimpsed a bird I thought was a Scarlet-thighed Dacnis the day before, but doubts started to creep in the more Red-legged Honeycreepers I saw (despite the number of honeycreepers I've seen), but maybe I'd get another chance...
Posted by Matt at 6:14 PM