I tried for the Solitaire on January 1 but had no success on a very windy cold day.  We tried again for it today and didn't find it initially in the SW corner of the blowout where we've traditionally had the most success.  Its favorite juniper had as few berries as I've seen.

We'd seen some activity in an isolated juniper on the way in and we returned to it.  Waxwings were flying in and out, joined by a few bluebirds. 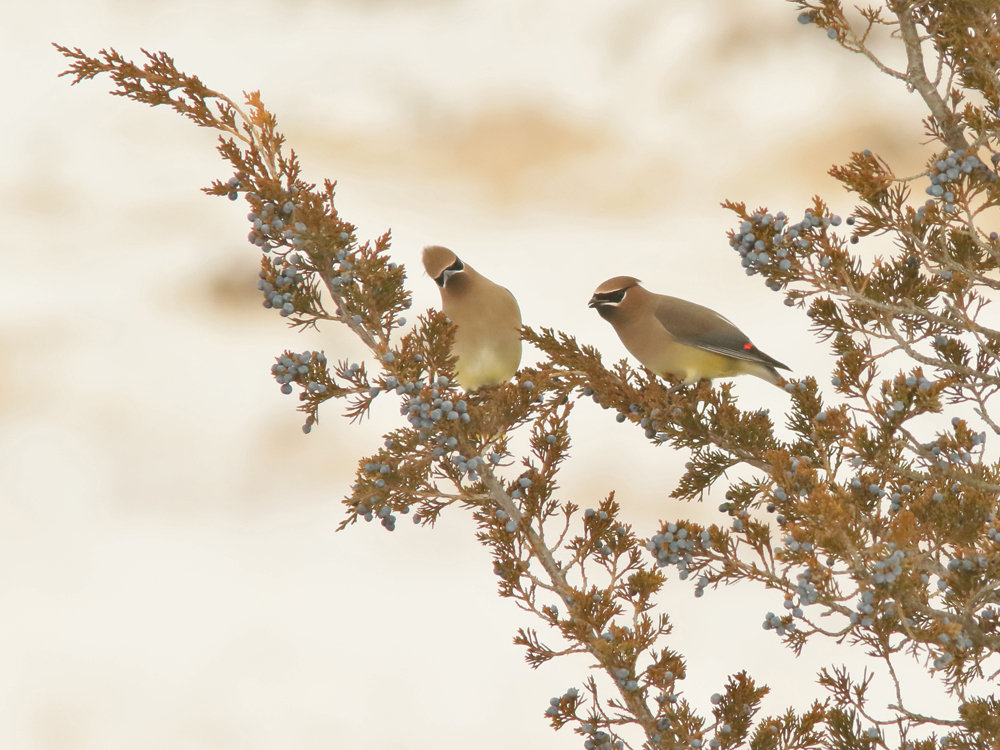 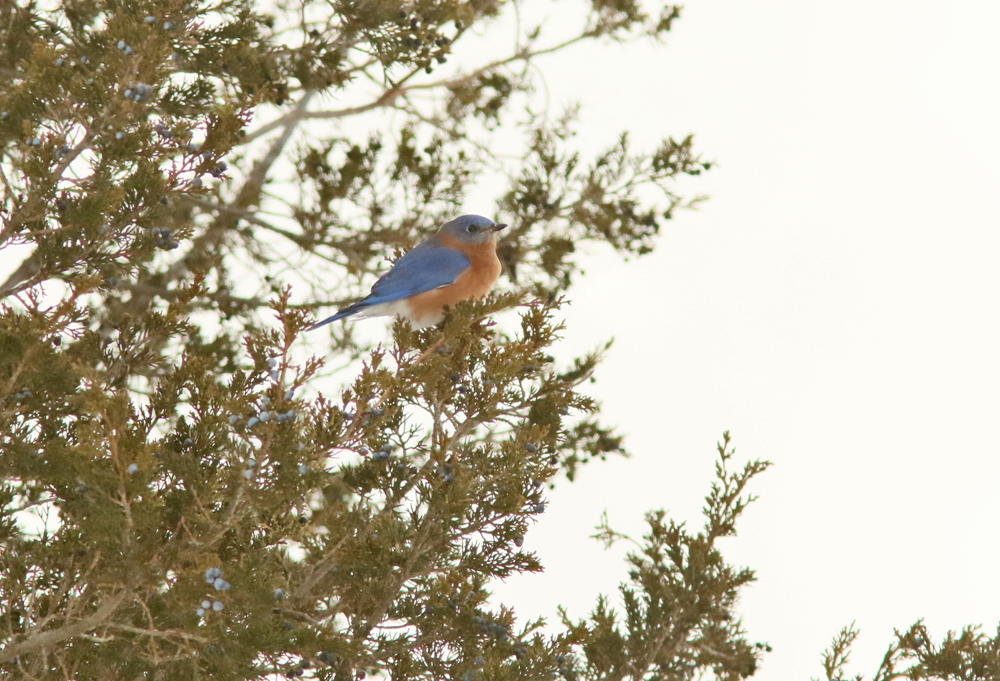 We waited by the tree and eventually did see the solitaire before it flew out in front of a larger group of waxwings and disappeared.

We worked our way into a little juniper clump closer to the parking lot to sort through the tree sparrows that were working their way through when the waxwings flew in and started feeding vigorously. 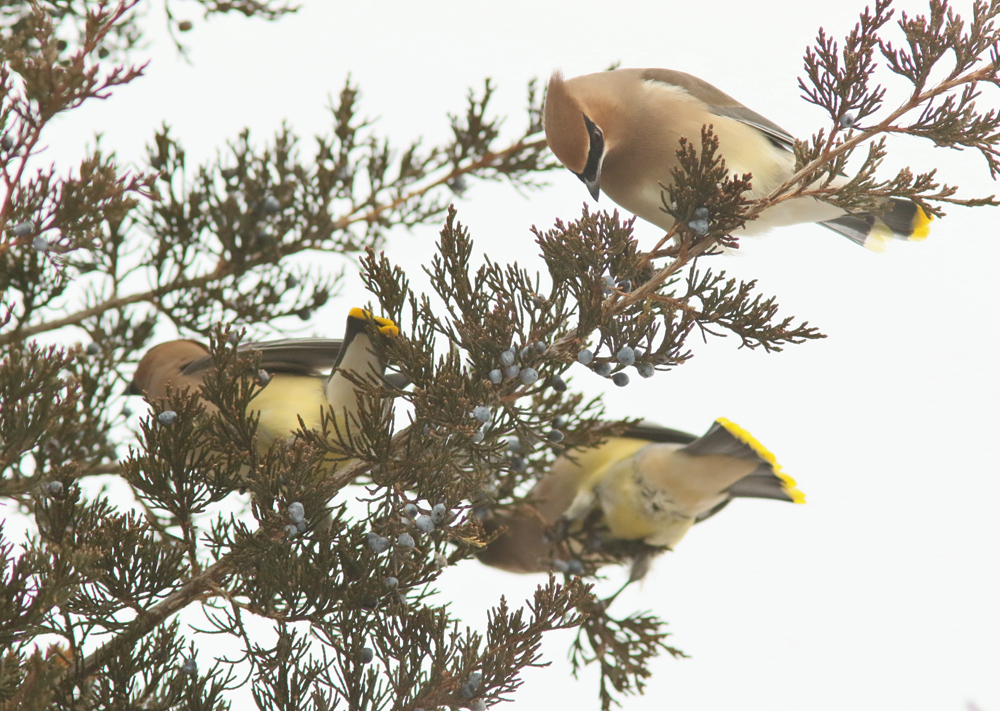 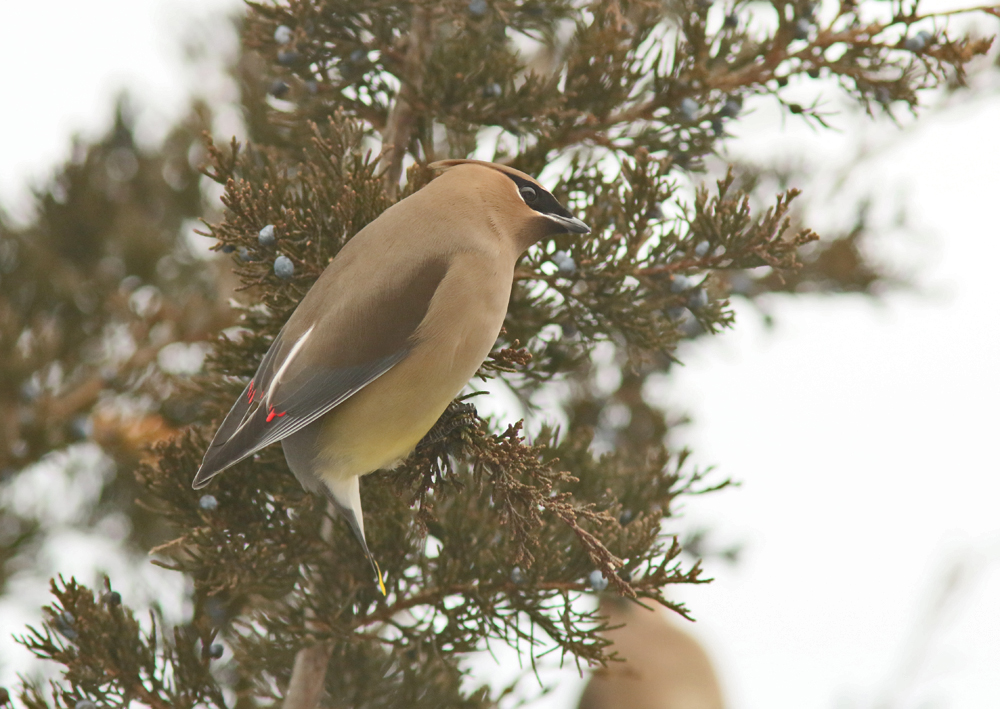 As they filtered back out the Solitaire re-appeared. 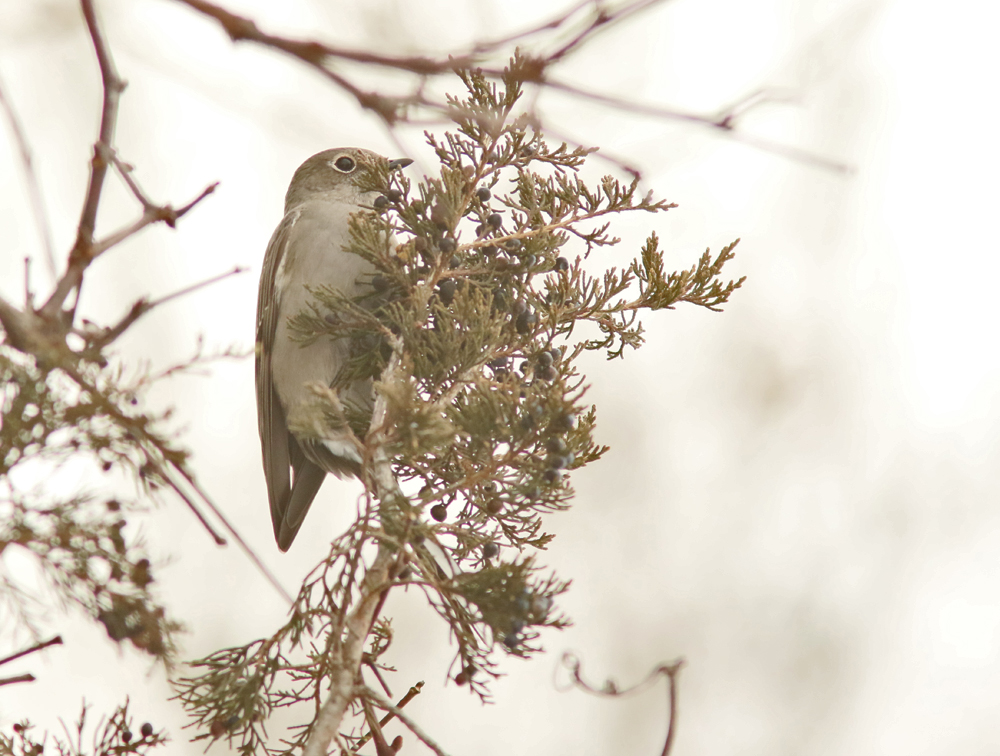 It fed briefly and then hunkered down, fluffed itself up, and settled in. 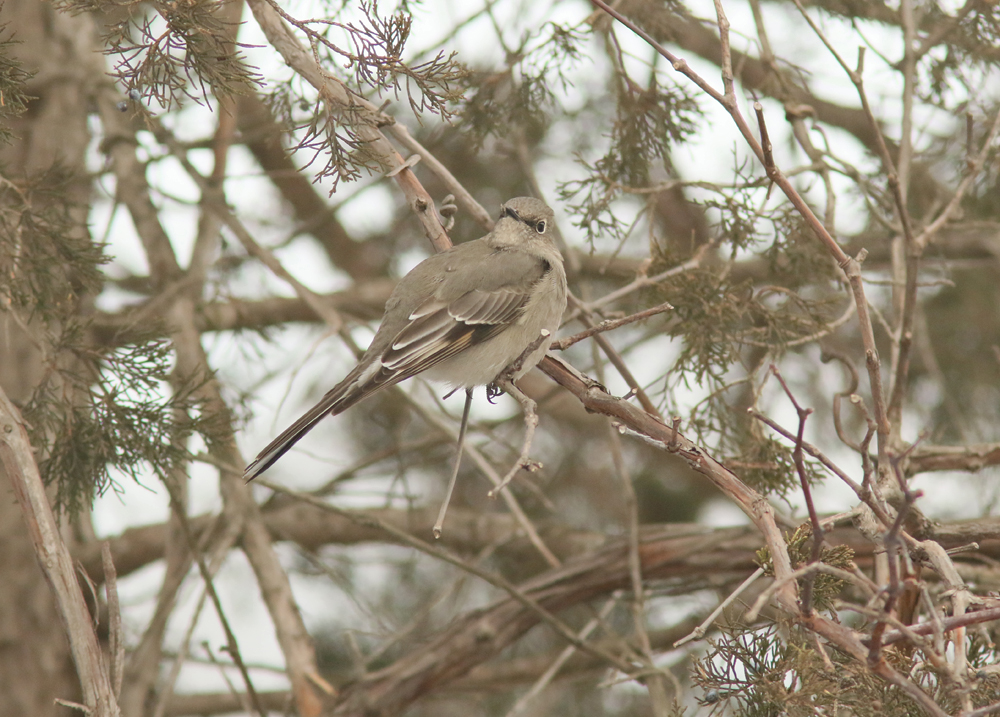 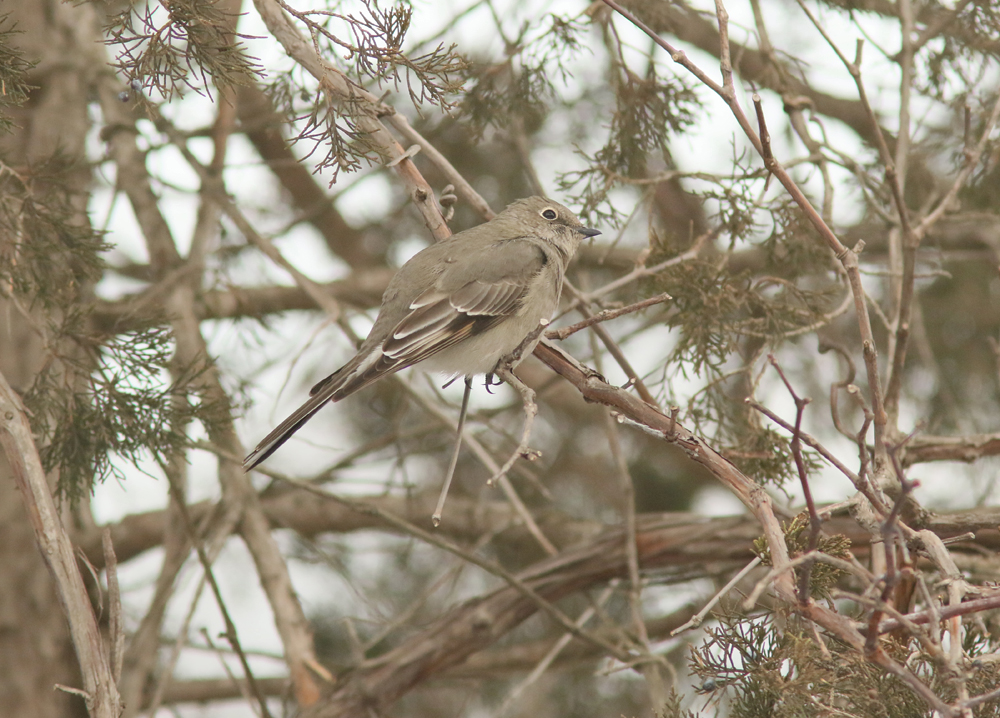 We ended up walking away from it.