It's been 5 years since I've written anything about my first trip to the Neotropics, a trip Ginger and I took to Belize 10 years ago.  This was about the 5th day of the trip, at Las Milpas, a preserve/bio station that abuts up to Chan Chich.  The night before we'd seen two scorpions walking down the bathroom wall that were the size of my hand.  Returning to the bathroom to take a shower that morning was probably as much physical terror as I've ever experienced.

Aside from a boat trip we took in Crooked Tree, this was the only time when we had a guide.  Ramon, one of the managers, would do a walk before breakfast and one before dinner with whoever wanted to go along.  My first toucan (a keel-billed) teed up nicely (this was back in the digi-scoping days). 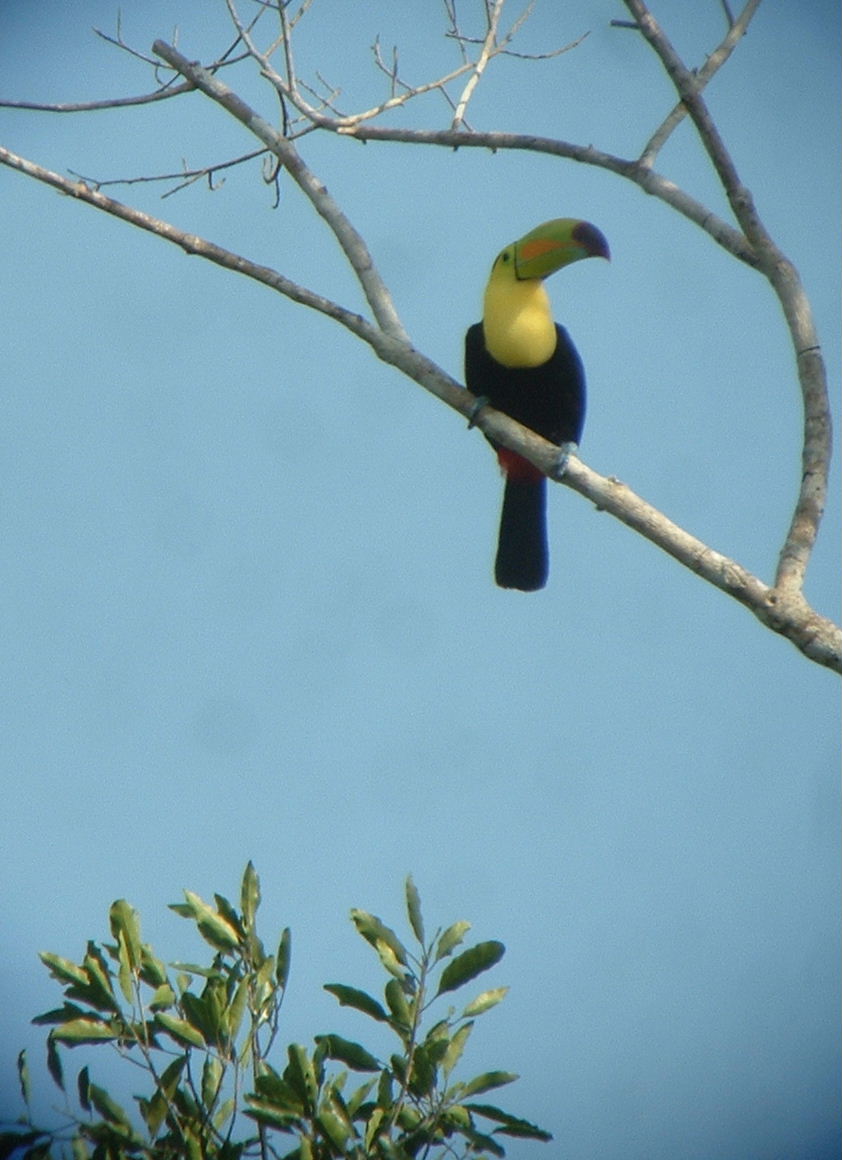 We added some hummingbirds (wedge-tailed sabrewing and white-bellied emerald) along the road, as well as a Northern Bentbill and a Violaceous Trogon (whose image I seem to no longer have).

We eventually made our way back and I kept birding as the heat of the day intensified.  Eventually activity essentially dried up entirely, though there were a few birds foraging about the compost pile, highlighted by this Rufous-tailed Jacamar.  I've seen this species on both trips to Costa Rica the last 2 years, but never as well. Butterflies were more active, this is (probably) a Ruddy Daggerwing. 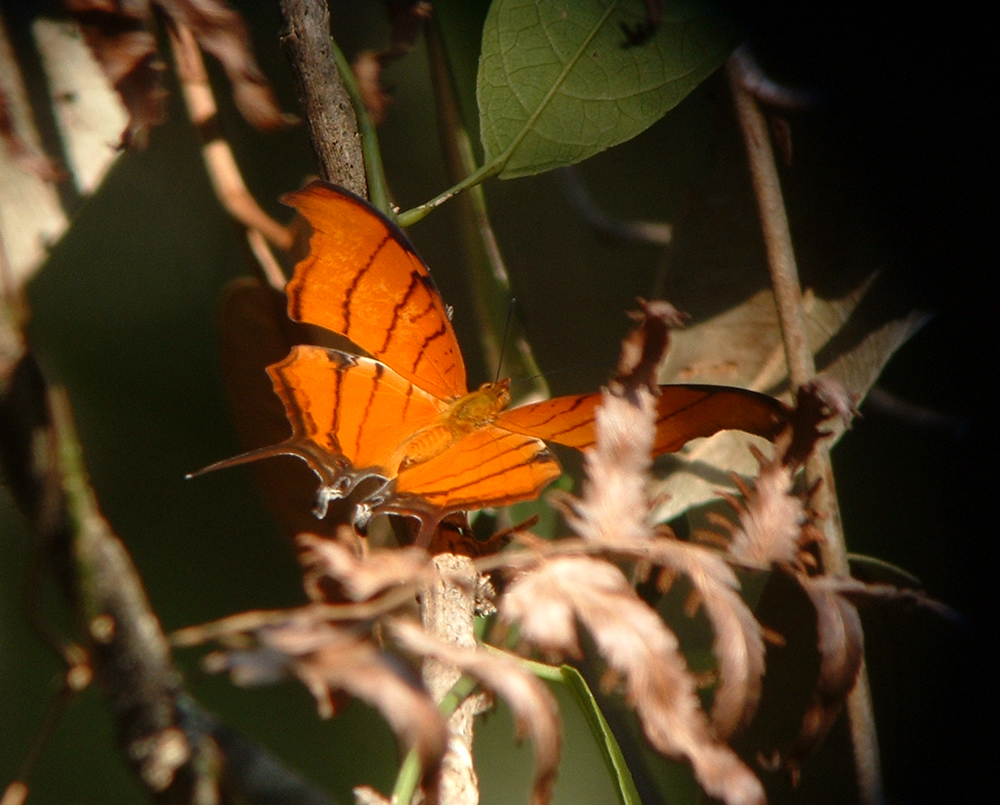 We went back out with Ramon in the late afternoon to drive down a road where sometimes he saw Ornate Hawk-eagles.  We didn't see one though an Ocellated Turkey walked across the road.  Raptors were well represented in reasonable diversity, with a pair of White Hawks (basically a buteo patterned like a White Ibis), a Plumbeous Kite (picture a Mississippi Kite with rufous at the base of the primaries), and this young Great Black-hawk. 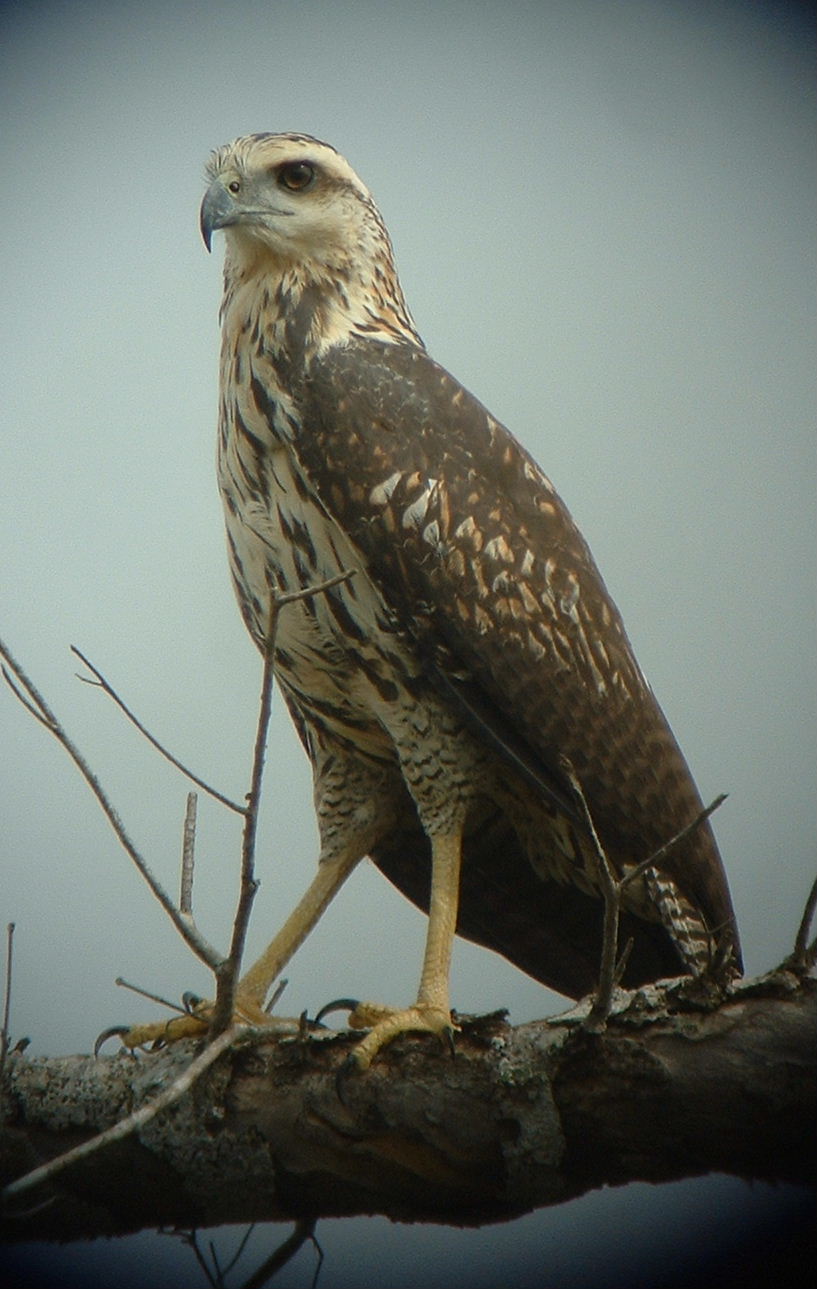