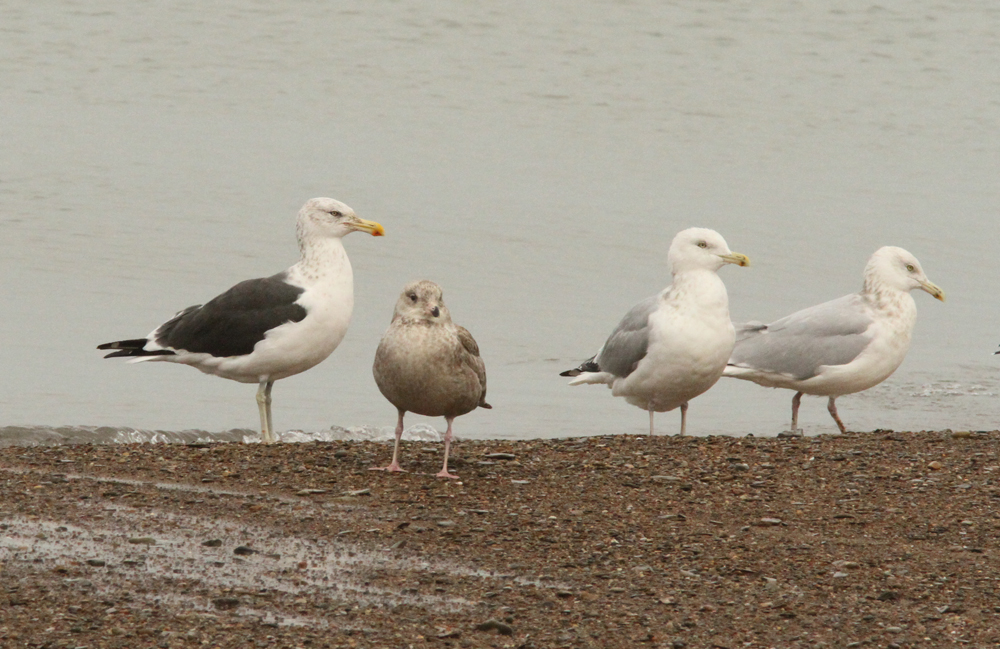 It's got at least a partial string of pearls.  P8 is moulting in (along with a bunch of secondaries) 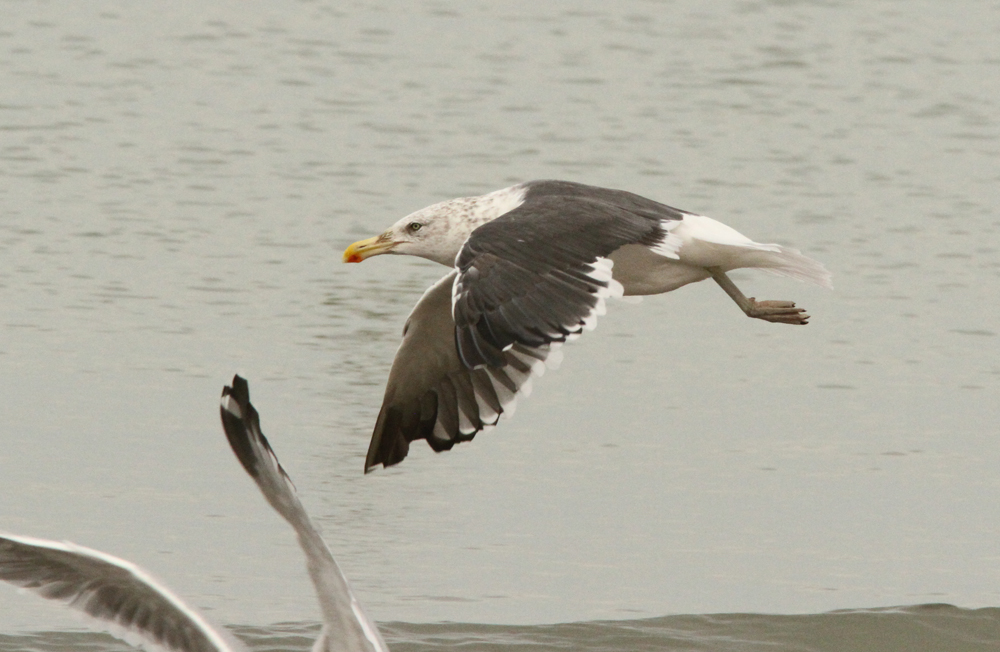 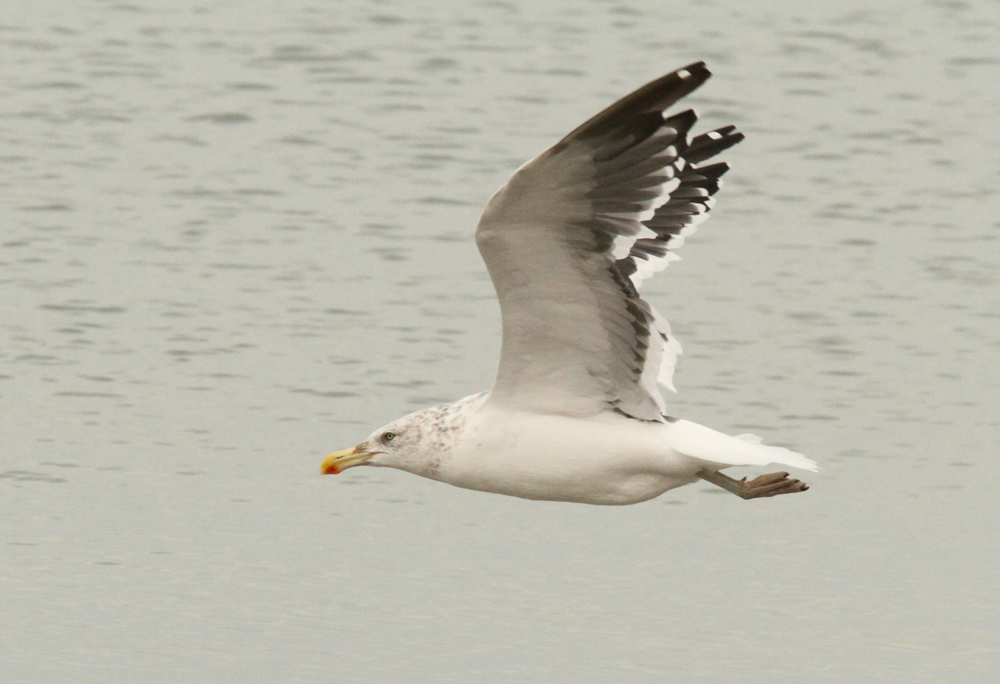 [addendum:  I emailed Alvaro Jaramillo about the bird, here's his response:
The bird does indeed have an outward look of a Kelp Gull, or at least part Kelp Gull. But it is clearly not a pure Kelp Gull. So I can see why the default is Kelp x Herring. However, the chance of this happening is very, very small. I will break my rule of never offering hybrid options that are unknown or unlikely….however essentially everything about this bird can be explained by a Lesser x Great Black-backed hybrid. I don’t know if that has ever occurred, but it may be equally or even less crazy than a Kelp x Herring in Michigan.


So although the Mich bird is likely unidentifiable. As a hypothesis the Lesser x Great hybrid seems equally valid as Kelp x Herring. Since there are a bunch of Herring x GBBG hybrids out there one can study, this bird does seem off from that. Too dark as you say, and too little white on primaries. I would imagine an F2 bird would be darker like this, but would also show more white on primaries. So that option does not explain the look of this bird]
We had Thayer's Gulls at both 3 Oaks and New Buff. 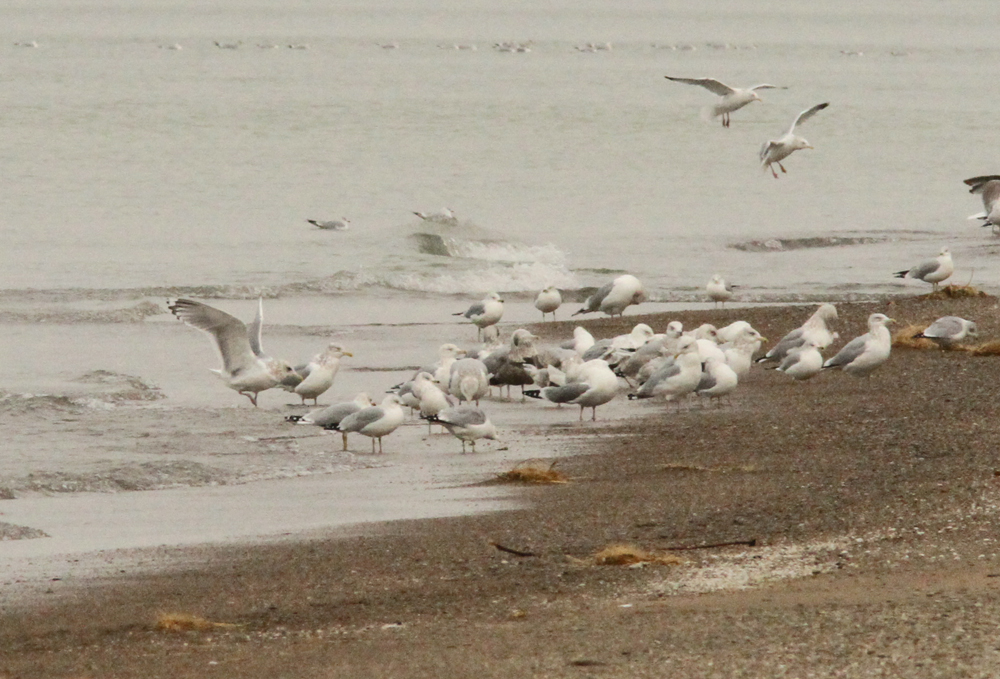 I didn't get particularly close, here the Thayer's is landing on the left side, dark-eyed, fairly heavily hooded; the Venetian blind primaries come through so-so.
Posted by Matt at 3:17 PM