Between the end of Christmas Vacation and a fairly dense schedule I haven't gotten out a ton yet.  Hopefully this will lighten up later this month. 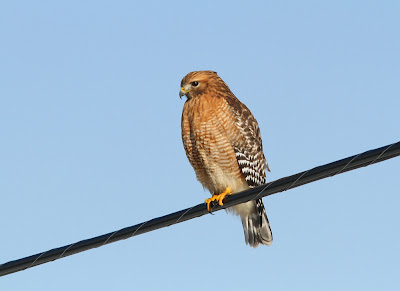 This Red-shouldered was one of a pair that was perched up in nice light as I went by a few miles from my house earlier this week.  It took off when a garbage truck went by. 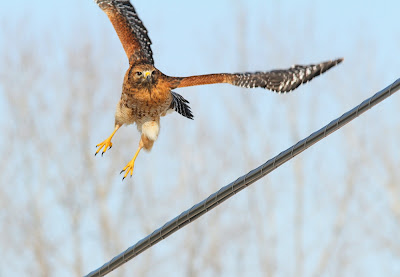 I did make a trek down one morning for the Solitaire.  It seems to have noticeably less berries on its cedar than it did 6 weeks ago. 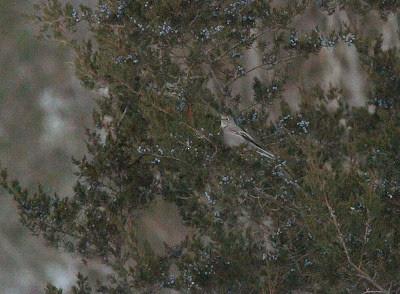 ﻿
The lighting was brutal early on an overcast morning.

Other than that I've mostly just been watching the feeders and playing around with settings on the camera.  I usually have a White-throated Sparrow or two try to winter in the river bottom.  They usually start coming into the feeder when snow cover develops. 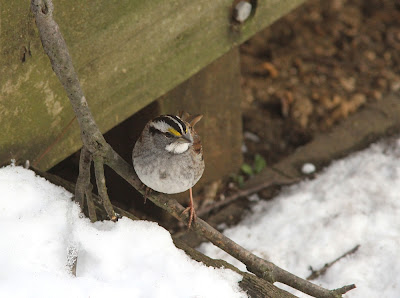 Finally a nuthatch that flew just as I shot.  I'm not sure if the dark P1 and P2 are retained older feathers or if those feathers are typically darker, will just have to keep shooting to try to figure it out... 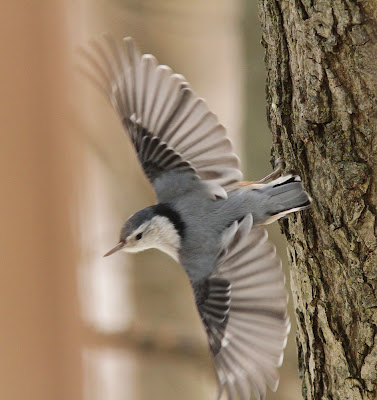 I've had more redpolls (and cowbirds) than I typically do at the feeders this year, hopefully will have some decent redpoll shots soon.
Posted by Matt at 12:37 PM