Today was the St Joseph CBC which I've participated in almost every year I've lived here.  Red-throated Loons are still write-up birds even though they're common on southern Lake Michigan.  This one was photographed off-shore.  ﻿
﻿ 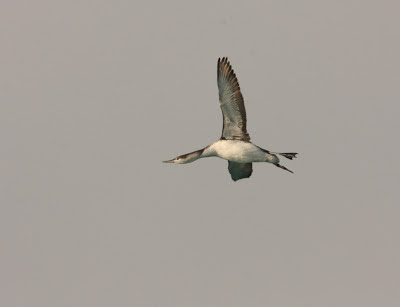 I recently switched to the 7D body from the 40D.  I haven't had a ton of opportunity to play with it.  One of its improvements is better low light sensitivity.  This is a 2nd year Glaucous from this morning.  It's hard to do an apples to apples comparison, but trust me that this turned out a lot better than it would have before. 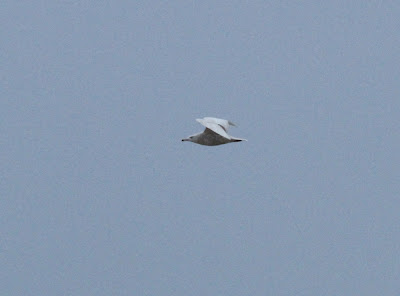 Here's another distant poorly lit bird from the CBC, a light-morph Roughleg that had a masked face and mask.  To the naked eye the face and breast looked a lot darker giving it a somewhat Swainson's like appearance. 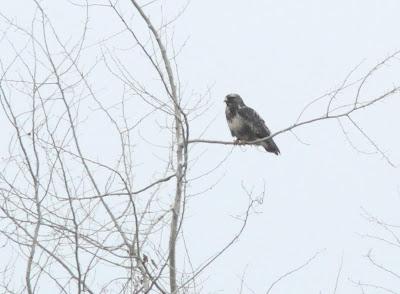 You'll have to trust me again that there's a lot more detail on this cropped in shot than otherwise would have been there.
One final offshore photo with the old camera, an oddly pale billed Herring Gull