(western) grebe at the end of the rainbow

I led a BBC outing to New Buffalo yesterday.  For whatever reason it wasn't super heavily attended.  That being said, there was a pretty sweet bird I noticed after about 30 minutes of standing there.  A black and white long necked bird with a yellow bill appeared briefly in the bins, mostly staying hidden by not insubstantial waves.  It's not that uncommon for a very distant Horned Grebe to stretch its neck and look pretty contrasty, but they don't have long yellow daggers for bills.

It took a few (anxiety provoking) minutes to re-find it, fortunately close enough to the New Buffalo breakwall that I could line up on some of the stones and wait for it to rise momentarily into view. 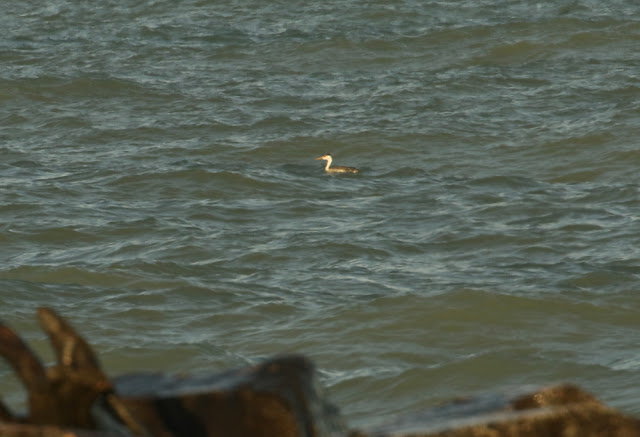 It worked its way a little closer and I had hopes it would stick around, but it kept mostly swimming south.  Completely eliminating Clark's Grebe is tough, though Clark's should have a brighter yellower bill and would have less of the dark on top of the bill.  This bird doesn't have a ton of black dipping below the eye though there is some, and it gets lost a little with the high contrast lighting conditions. 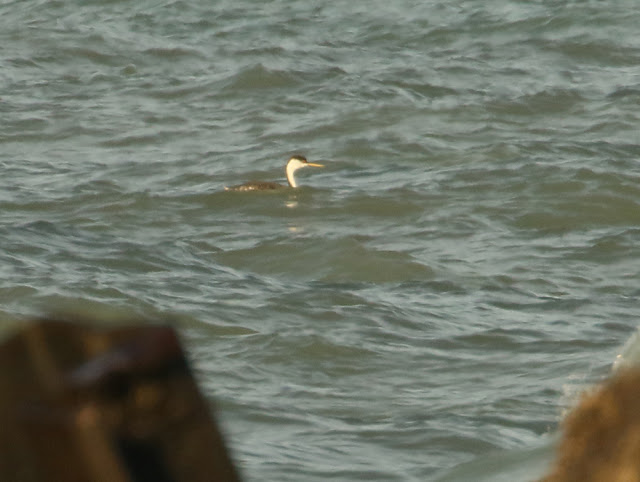 From black and white to gray and white, here's an adult Glaucous that went by Tiscornia earlier in the week. 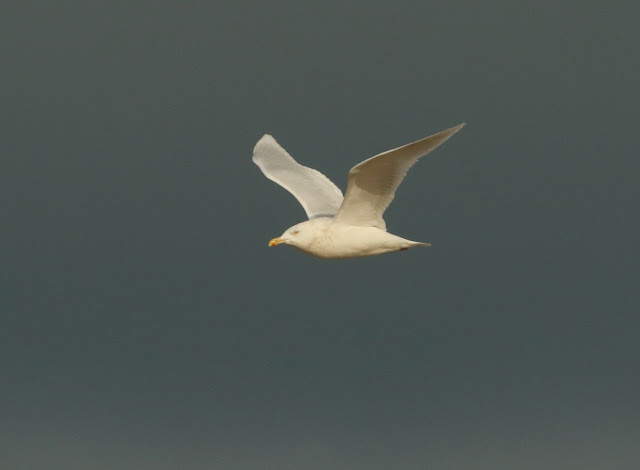 and gotta pay off the rainbow reference ... though separated by time and 20 miles 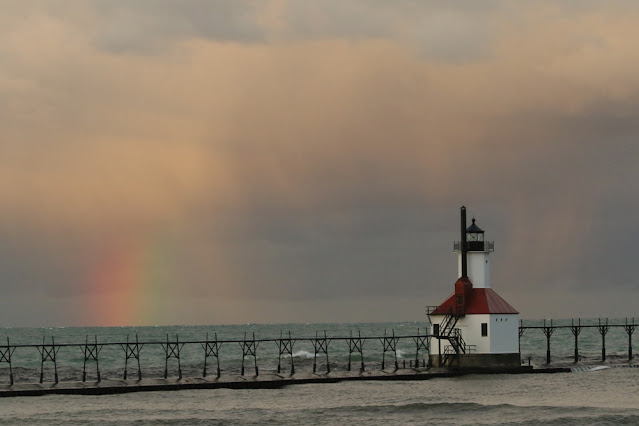