It was a good morning for plovers, with 3 Black-bellied and a young Golden Plover all at Tiscornia.  They spent most of their time on South Pier, but eventually they were flushed by pier walkers enough to come land in nice morning light on the beach. 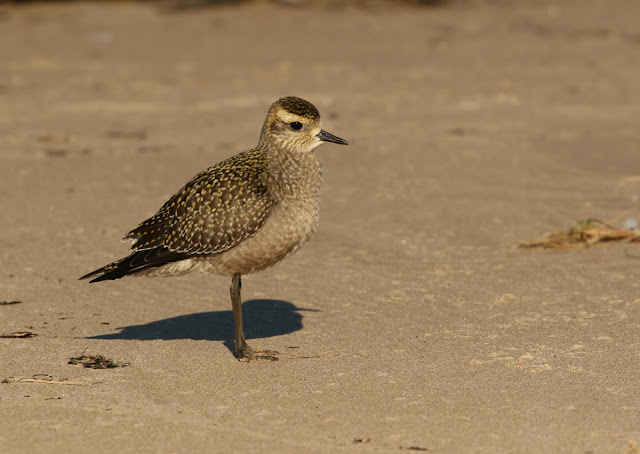 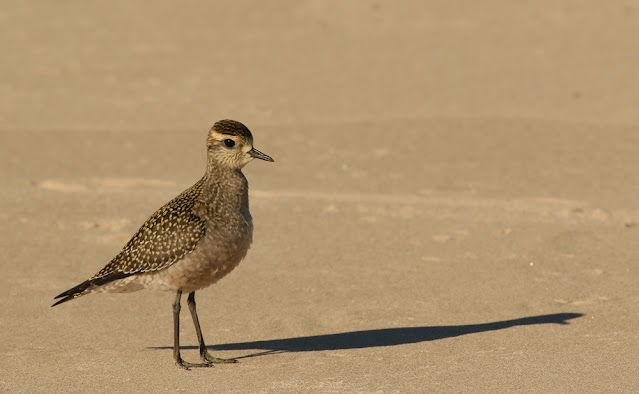 I like the shadow behind the bird.  The next one is the opposite with a reflection 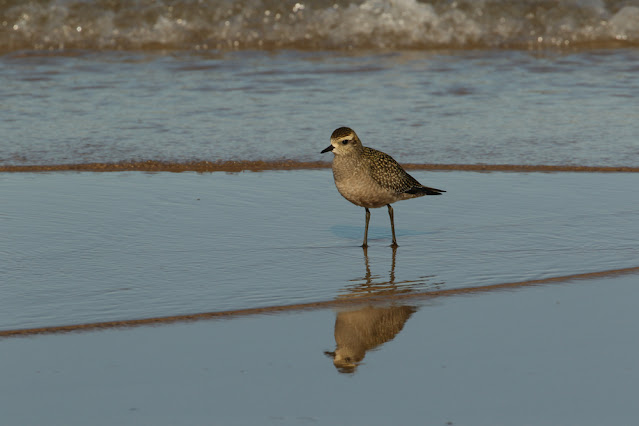 It flicked its wings after bathing in the surf.  It lacks the black armpits of the Black-belly's (one of the the young Black-bellys flew by too, but I only got dorsal views in focus) 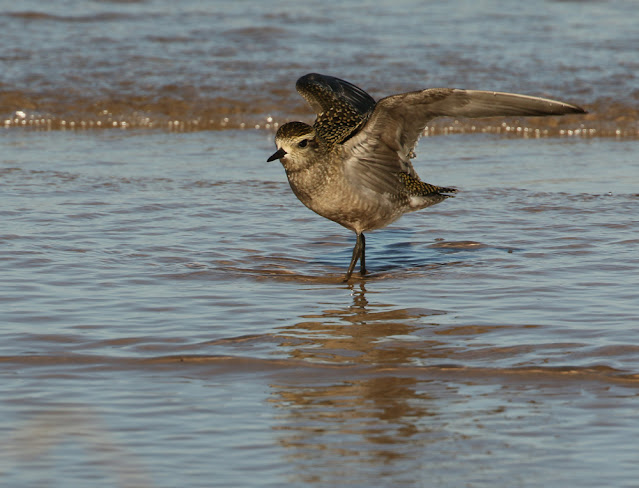 Next pic has a young Black-belly.  Its bill is a lot heavier than the Golden's, it has much less contrast between the cap and the rest of the face, and the underparts are a whole lot less brown. 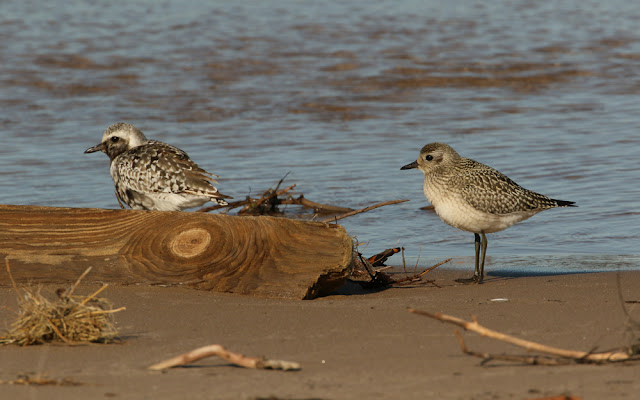 The adult was a fun study too. 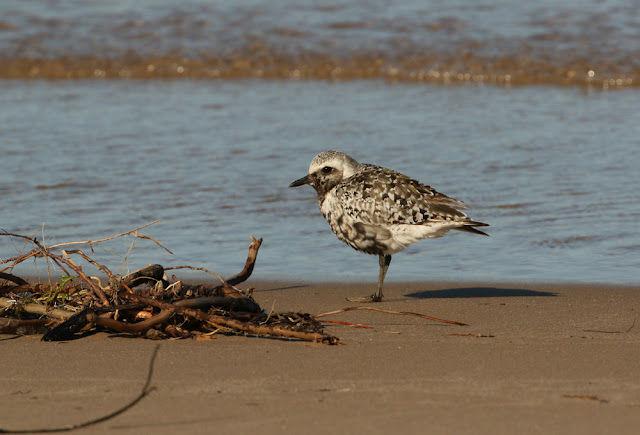 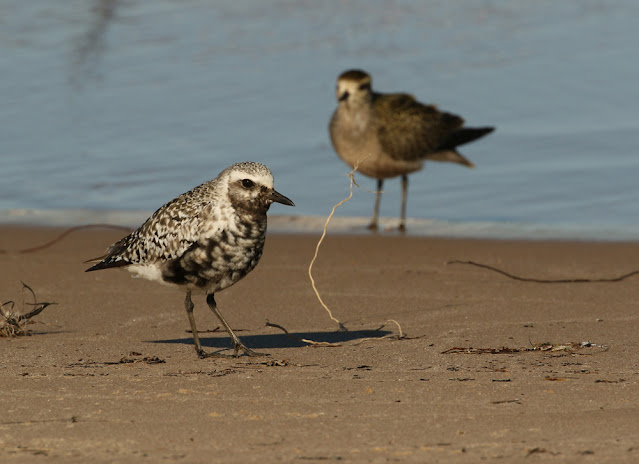